Towards world sore leg over Libya 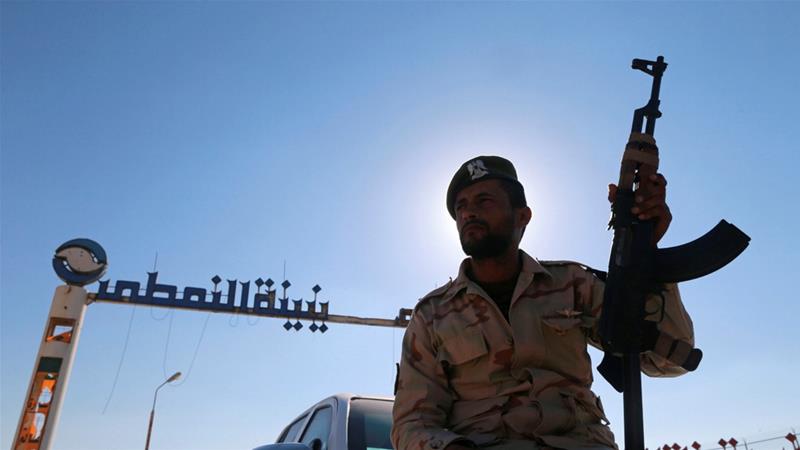 With the fullest possible backing, German Chancellor Angela Merkel hosted an event bringing main interested countries in Libya to Berlin. My use of the word event is not by accident. One needs not envy Merkel. In the context of the pertinent needs of the Libyan people and their children, the atmosphere, the final document and accompanying delegate comments post uncertainty about its real nature.

Could it be classified as peace talks, as some delegates suggested? The chief conflict brewers, heads of the Government of National Accord (GNA) Faiez al-Sarraj, and the Libyan National Army (LNA) Khalifa Haftar, do not appear on the official delegate list. So, in essence, they did not participate. Reports indicate that they refused to be in the same room… but were kept informed of the discussions. Indeed, you can send the cow to the river but you cannot force it to drink the water. How much of Libya peace prospects talks remain when these warring twins repel?

The Merkel choice of invitees was indeed strategic. The landscape cut through interested parties in the Mediterranean region, the African Union, the European Union, the Middle East, the Arab League, United States and China. This is, of course, without having to mention the United Nations Secretary General Antonio Guterres and his Special Envoy to Libya Ghassan Salamé and the duo leading proxy war undertakers, Russia’s President Vladimir Putin and Turkish President Recep Tayyip Erdogan.

With due respect to the Merkel kind heart and optimism, this gathering (sorry for that reference) did not even look very considerate to what is happening on the ground, where tens of thousands of Libyan children are at risk.

The situation was better expressed by UNICEF Executive Director Henrietta Fore. “Ahead of a planned … summit in Berlin, Germany …, we call on parties to the conflict and those who have influence over them to urgently reach a comprehensive and durable peace agreement for the sake of each and every child in Libya. Children in Libya, including refugee and migrant children, continue to suffer grievously amidst the violence and chaos unleashed by the country’s longstanding civil war.

“Since April last year when hostilities broke out in Tripoli and western Libya, conditions for thousands of children and the civilians have deteriorated further. Indiscriminate attacks in populated areas have caused hundreds of deaths, and UNICEF has received reports of children being maimed or killed. Children are also being recruited to the fighting. Meanwhile, more than 150,000 people, 90,000 of whom are children, have been forced to flee their homes and are now internally displaced.

“Infrastructure on which children depend for their wellbeing and survival has also come under attack. Nearly 30 health facilities have been damaged in the fighting, forcing 13 to close. Attacks against schools and the threat of violence have led to closures and left almost 200,000 children out of the classroom. Water systems have been attacked and the waste management system has virtually collapsed, greatly increasing the risk of waterborne diseases including cholera’’.

“The 60,000 refugee and migrant children currently in urban areas are also terribly vulnerable, especially the 15,000 who are unaccompanied and those being held in detention centres. These children already had limited access to protection and essential services, so the intensifying conflict has only amplified the risks that they face.

“Today, children in Libya are in a dire and untenable situation that the rest of the world should find unacceptable. We urgently call on all parties to the conflict and those who have influence over them to protect children, end the recruitment and use of children, cease attacks against civilian infrastructure, and allow for safe and unimpeded humanitarian access to children and people in need. We also call on Libyan authorities to end the detention of migrant and refugee children and to actively pursue safe and dignified alternatives to detention, she said.

Against this stark picture back home in Libya, al-Sarraj and Haftar still plucked the courage to refuse to sit in one room — the table let alone — for the peace of their country! And most – if not all — delegates went to Berlin with their own agendas driven by preconceived personal interests.

Prior to the conference, al-Sarraj told a German press agency that he had no faith in “the intentions, seriousness and commitment of the other side (Haftar), whom everyone know(s) seeks power at any price.” He vowed to defend Tripoli. Haftar on his side simply wanted the armed groups in western Libya to disband and the scrapping of a maritime and military agreement between al-Sarraj government and Turkey. He repeated the Moscow game by leaving the Berlin chancellery back to his hotel and never to come back.

Setting the trend, Merkel previously said enforcing a UN arms embargo on Libya would be a priority at the summit gathering the leading parties in the war and their foreign backers and other nations. German Foreign Minister Heiko Maas complemented: “We have to make sure Libya doesn’t become a second Syria”. Digging deeper, Berlin also has its own interest in preventing a larger crisis that could again drive hundreds of thousands of people to cross the Mediterranean Sea to seek asylum in Europe.

Haftar is backed by the UAE, Egypt, Jordan and Russia, which is also alleged to have mercenaries on the ground. France likewise stands accused of giving him support. Surprisingly, President Emmanuel Macron was the same person reported as hitting out against foreign troop deployments and saying such intervention only serves to fuel the conflict. “That must end.” Along the lines of the guilty man who keeps quiet in court, Russia’s President Vladimir Putin virtually didn’t have much to say.

Turkey has thrown its weight on the al-Sarraj Tripoli-based Government of National Accord (GNA) and its parliament has approved a motion to send troops to Libya. President Recep Tayyip Erdogan said he went to Berlin to ensure Haftar must end his aggressive stance to pave the way for a political process.

Before leaving Turkey, he sent a very tactful warning message to Europe to stand united behind al-Sarraj’s government, as Tripoli’s fall could leave “fertile ground” for armed terror groups such as ISIL or al-Qaeda “to get back on their feet”. Turkey itself is also accused of having a hand in the groups and has occasionally used the migrant tangent to squeeze what he wants from the EU countries.

Differences notwithstanding, the Berlin event emerged with a kind of agreement embodied in a six-page document covering 55 articles.

“We all agreed that we need a political solution… Recent days have shown that there is no chance for a military solution. We agreed on a comprehensive plan forward. I can say that all participants worked really constructively together,” Merkel said.

“I think we made progress” U. S. Secretary of State Mike Pompeo said. “At least progress in getting fewer new weapons systems, fewer new forces to flow into the region so that we can get at least a standstill so that we can begin to unwind this potential tragedy and get to the political resolution…”

“Today all participants committed to refrain from the armed conflict or internal affairs in Libya. These must be adhered to,” António Guterres, the United Nations Secretary General, said.

Generally all countries represented agreed they should respect the arms embargo, only that it should be controlled more strongly than it has been in the past. This is easier said than done. Some participants have proven record of having acted to the contrary in the past. A good example is Russia in the case of Syria. Again it is difficult to conceptualize Turkey sending troops to al-Sarraj with sauce pans.

To borrow from the military language, the Berlin event should not be a washout on the Libya peace process. It should neither turn out to be the media consultant’s generic campaign advert. It should not be the newspaper features editor’s set-and-hold article.

Let’s face it. Libya is home to Africa’s largest proven oil reserves. Russia and Turkey are already there supporting Haftar and al-Sarraj.  Are the EU countries happy about that?

With or without the planned next meeting in Geneva later this month, the Libya situation is slowly painting what we call in Africa, the case of a person who ignores a thorn ending up with a sore leg. Libya is a potential world tragedy in the making.