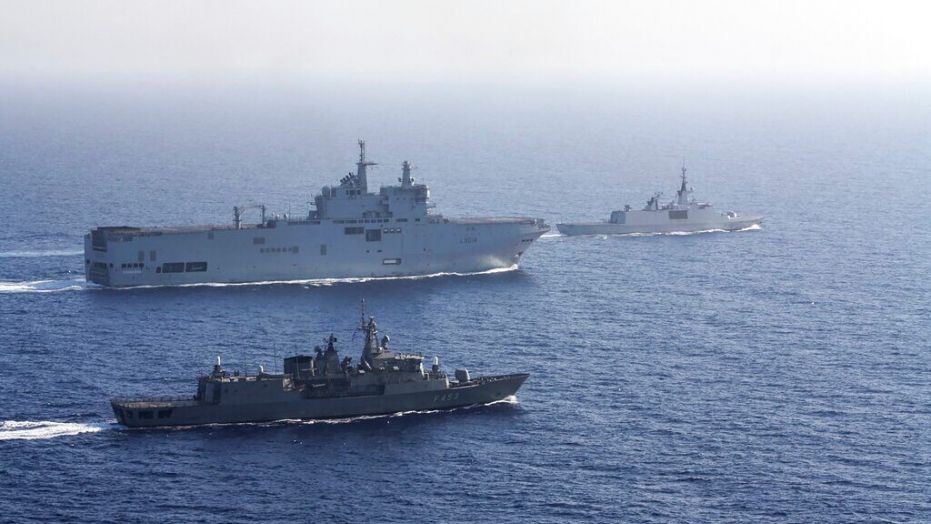 NATO allies Turkey and France have sharply different views on Syria, Libya and the eastern Mediterranean. The two old allies’ differences risk becoming a military conflict in Middle East and North Africa region. The rift between Turkey and France has a historical background that dates back to the Ottoman Empire, which lost Syria, Lebanon and North African countries to France.

The question is whether the economic sanctions the EU is threatening to impose on Turkey will discipline Ankara? Or, will the Erdogan regime successfullydeepen the rifts that exist between European Union and NATO members?

Apart from France, none of the other European states used to enjoy the capitulations (tax free trade and legal-security protections) of the Ottoman Empires’s most powerful sultan, Sulaiman the Magnifient, for centuries.

Although Mustafa Kemal’s new Republican regime that followed the broken up Ottoman Empire in 1923 was designed on a pure French secularist model, now the two former allies’ hostility to each other are very visible from Northern Iraq to the Sahel region.

It is obvious that Turkey has become transit point for jihadist since the Syrian conflict started in 2011. Despite Erdogan government’s suffocating media crackdown, Turkish language jihadist news websites and magazines operate freely in Turkey and many ISIS recruitment centre are openly functioning, according  to an Atlantic Council report.

France is backing strongman Khalifa Haftar in war-torn Libya. He is fighting  against Fayez Al- Sarraj’s Government of National Accord (GNA).

The Syrian Observatory for Human Rights also revealed that Turkey had transferred about 350 minors jihadists from Syria to Libya.  The director of the observatory, Rami Abdul Rahman, claims that the Erdogan regime was involved in transferring about 19,000 mercenaries who fight in Syria, to Libyan soil.

France is backing Greece as Turkey is desperately searching for natural gas and oil in the disputed eastern Mediterranean waters.

The dangerous dispute between the two neighbours is the latest in a two-century-old feud between Greece and Turkey.

As long as Erdogan stays in power, Turkey’s current military adventure for energy exploration in Mediterranean might end up encompass regional imperialism in the region.

Macron expressed his determination to protect “Mediterranean sovereignty” by saying that Turks only consider and respect action but not words. He threatened Turkey with military action by referring that France carried out air strikes against suspected chemical weapons sites in Syria.

Macron has been calling for NATO allies to discuss Turkey’s “aggressive” role in Libya and the Eastern Mediterranean but Washington has no clear policy on Libya. Ankara has been trying to get US President Donald Trumps’ help in Libya against Russian threat in the region.

The naval incident between Turkey and France in NATO’s Mediterranean military exercise in June was the major crisis between the allies. Macron described the naval incident as the best example of NATO’s “brain death”.

Germany’s position is key in Turkish-France disputes. Macron pushes EU to show solidarity with Greece and Cyprus in the dispute over natural gas reserves of Cyprus and impose sanction on Turkey but the EU is already divided on Turkey. If the European Union cancels customs union with Turkey, the country’s economy will collapse but Germany might not back France’s military confrontation against Ankara.

Erdogan’s adviser, Professor Mesut Hakki Casin openly threatened Greece and France by saying that “Turkish pilots will soon shoot down 5-6 Greek aircraft and Ankara will get into war with Athens…Greece has not found natural gas and while it does not have an aircraft carrier, it is sending the French aircraft carrier here against Turkey. Greece attacks us with another’s horse. This horse will be shot and killed.”

The Italian website “Itamil Radar” confirmed that a Turkey spy aircraft flew in the area between Tripoli and Misrata, watching the Egyptian preparations.

Bulgarianmilitary.com also reported that another Turkish transport aircraft is an air bridge supplying weapons, ammunition and guerrillas to Libya on a daily basis.

The various media houses report that Turkey is preparing for a large-scale military attack to capture Sirte’s oil reserves.

Turkey’s Northern Syria operation which targeted Kurdish groups in 2019 following the U.S. troop withdrawal from the area, angered Macron as Paris is part of NATO forces that fight against ISIS in Syria.

It is obvious that Erdogan desperately needs energy resources in Mediterranean and Libya to run his bankrupt economy.

Moreover Erdogan has no other option than war to silence his critics at home to continue his regime.

The Turkish Lira lost value against Dollar and the economy is in stagnation since 2018 as Ankara having political and military conflicts with many nations.

Whilst ordinary Turkish citizens become poorer, the Erdogan government is strengthening its Islamist regime and Turkey continues to increase its military presence in the region as the regime sucksTurkey’s income and receives support from Qatar.

While the Erdogan government actively involves itself in military conflicts in the region, Ankara is continuing to pursue covid-19 diplomacy by sending medical aids to the many countries.

The Turkish and Qatari branches of the Red Crescent Society have sent over $1.65 million worth of medical aid to Sudan to support the country’s fight against coronavirus. The General Union of Libyan Chambers of Commerce announced last Friday that the Libya Turkey Business Platform will be held on 15-16 October in Istanbul.

Macron’s and the Turkish Foreign Minister Mevlut Cavusoglu’s Beirut visits following the port blast was a clear picture of geopolitical competition between France and Turkey.

Compared to Turkey, France is a big economy and UN Permanent Security member. On the other hand, Turkey has huge military power and historical influence in the region. Macron’s hand wrestling with Erdogan might lead to a dangerous war in Mediterranean.