HomeExpertsTURKEY AT A CROSSROAD
Experts

TURKEY AT A CROSSROAD 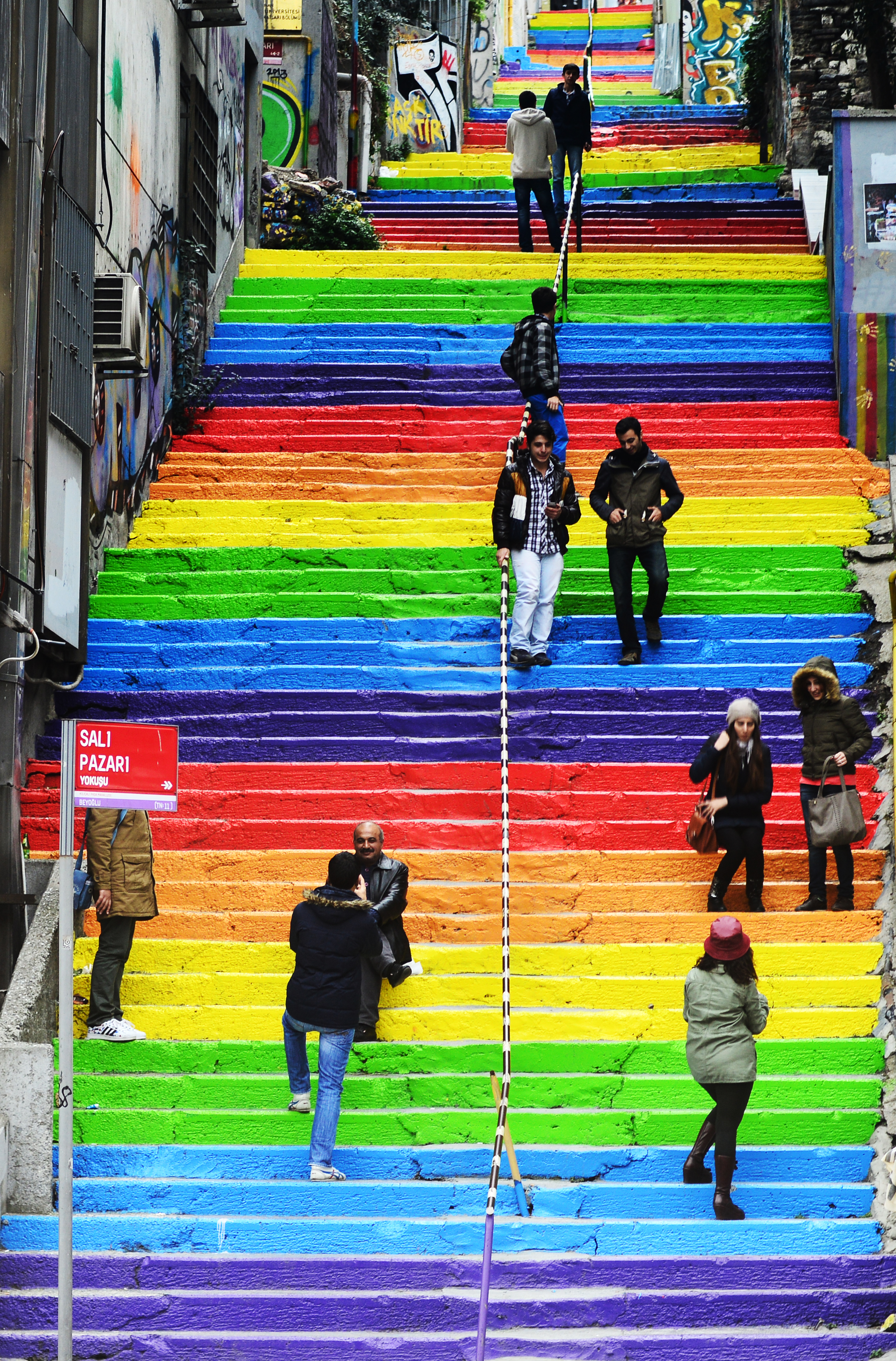 When Erdogan came to power as Prime Minister over fifteen years ago, he had the support of Fethullah Gülen. However, by the end of his third term as Prime Minister, Mr. Erdogan broke sharply with Mr. Gülen, according to Ori Soltes in “Turkey’s Coup that Was Never a Coup,” in the special edition of The Fountain in the fall of 2017. Erdogan argued that the Hizmet or service movement inspired by Gülen attempted to be a “government within a government.” I knew this to be a false charge because I read at least six of Gülen’s book (and many more books and articles about him) that demonstrated to me that Gülen and his followers were a-political. In fact, Mr. Gülen showed himself in his writings as a pacifist and a very spiritual person, in fact, as a mystic and poet, rather than as a politician.

As time went on Erdogan seemed to have a vendetta against Gülen, the members of the Hizmet movement, and anyone who opposed him. Then in July, 2016 came the failed coup for which Erdogan blamed F. Gülen and his followers. As William A. Gaston notes in his article, “Turkey Leads an Authorization Trend,” published in the Wall Street Journal, the intelligence unit of the European Union stated that Gülen was not behind the coup. In fact, neither the military nor any other organization was behind the putsch. Curiously, within 72 hours of the so-called coup, the government had thousands of names of people supposedly behind the coup. As I read the events, all signs suggest that the coup was engineered by Erdogan himself in order to tighten his hold on power.

To some extent the West bears some responsibility for what occurred in July, 2016. The European Union should have allowed Turkey to join the European Union but dragged its feet on this. The government under Erdogan attempted to bring its policies and institutions in line with the democratic norms of Europe, but the Europeans hesitated to bring a Muslim country into its “Club.” Perhaps this is when Erdogan’s authoritarian impulses emerged.

Erdogan issued a state of emergency for the entire nation and parliament for the past two years and kept extending the state of emergency several times. Mr. Erdogan purged half of the generals in the military for alleged links to the Hizmet movement.

Some military leaders were given a trial before they were jailed. For example, a Turkish court in Ezurum, the birthplace of Gülen, sentenced Staff Col. Murat Kocak and Staff Maj. Murat Yilmaz to life in prison, this despite the fact that on the evening of the coup Maj. Yilmaz had a family picnic at Ezurum’s military headquarters. These trials were in reality a “kangaroo court” since the witnesses against the defendants were fearful that they would be jailed if they did not give false testimony. In similar fashion, the judges would be fearful for their own lives, if they found the defendants innocent.

After the coup 150,000 civil servants lost their jobs, 100,000 citizens were arrested, 158 media outlets were closed, including 60 T.V. and radio stations, and 150 journalists were thrown into jail Most of those arrested were put in jail without a trial. Almost a third of Turkey’s judges and prosecutors were dismissed on allegations of having sympathy for Gülen and his service movement, which Erdogan labelled a terrorist movement. So much for judicial independence!

Meanwhile, members of parliament representing the Kurds in southeastern Turkey were expelled from parliament. The office of the prime minister was eliminated, the president was given the power to abolish ministries, appoint new ones and fire current ones, and allow measures to pass through the legislature with only a simple majority. Also, the president could issue decrees on social, political, and economic issues that had the force of law. For these reasons Turkey today cannot be called a democracy but a kleptocracy, or the rule by a few, well-heeled minions of Erdogan, including family members of the President. The only silver lining is that these reforms won’t begin until the national election come June 24, 2018.

Erdogan has also waged war on the Kurds, a minority group in the southeastern part of Turkey. The Syrian Kurds were the strongest allies against Daesh or ISIS. Since February, 2018 they have been attacked, captured, and assassinated as terrorists in the city of Afrin, close to the Turkish border. Erdogan had the audacity to name his ethnic cleansing program, “Operation Olive Branch.” For its part Erdogan’s government calls this “Nothing happened in Afrin-nothing happened there.” Unfortunately, the international community, instead of standing up for the Kurds, looked upon the Syrian Kurds dispensable. The West is akin to the three monkeys who see, hear, and speak no evil, according to Bernard-Henri Lévy in the Feb. 8, 2018   edition of The Wall Street Journal.

According to the New York Times of May 26, 2018, under the Erdogan administration women in Turkey are suffering under a culture of violence. We Will Stop Femicide,” a women’s rights organizations reported that the number of women murdered by a partner or relative in Turkey increased from 237 in 2013 to 409 in 2017. There were also 110 deaths from January to April in 2018. Erdogan and those in the Justice and Development Party have publicly put women down. In 2016 Erdogan remarked that women who do not have children are “deficient.” In 2014 then Deputy Prime Minister, Bulent Arine stated that a woman should not laugh in public in order to “preserve her decency.”

The Turkish government enacted domestic violence legislation, however, this legislation has not been enforced so that women are completely without power. Part of the problem is this: ever since the failed putsch in 2016, the court system has been in chaos with the result that criminal proceedings are delayed. Also, there’s a disparity between how women are treated in court as opposed to men. Judges give reduced sentences for men who are remorseful for their deeds or who pray regularly. Women are not given this option.

With the upcoming national elections, Turkey is at a crossroad. When President Erdogan appeared for a long interview in May, 2018 on the British Broadcasting Channel (BBC), he appeared very confident that he would win the June 24th election. Erdogan has several factors going for him. First, he controls the media that uses propaganda or “fake news” to sway voters. Second, the “No” campaigners are called terrorists or traitors by the forces loyal to Erdogan. Third, in the April, 2018 election there were fraudulent votes cast in the war-ravaged Kurdish area and in rural Anatolia. Kemal Kilicdaroglu, head of the CHP or Republican People’s Party, estimates that upwards of 2.5 million votes were tampered with.

On the other hand, people had serious reservations about the outcome of the April, 2018 election in which the Erdogan forces had 51.2% of the vote and the opposition had 49.8 %. If Erdogan wins the election in June, and there is significant voter fraud, the people may well take their protests to the streets in the larger cities, such as Istanbul, Ankara, Izmir, Antalya, and Adana.

Another huge factor concerns the Turkish lira, inflation, the stock market, and the credibility of Turkey’s central bank. Since its peak in January, 2018 Turkey’s stock market has lost 28% in US dollar terms. In April, 2018, Standard and Poor’s downgraded Turkey to double-B-minus. Moreover, the lira has been one of the worst performing emerging market currencies in the world. Inflation stood at close to 11% in April of 2018, and to make matters worse Erdogan is keeping interest rates low calling high interest rates “the mother and father of all evils,” according to the May 24, 2018 issue of The Wall Street Journal. Erdogan aims to control the falling lira but to do so he must curb inflation and an increasingly large account deficit, both of which he refuses to do. This occurs when a control freak makes unwise economic decisions.

Hence in the view of many economists, the Turkish economy is like a runaway train heading toward a disaster. In fact, Turkey’s currency meltdown may sink Erdogan’s chances to win the June 24th elections. 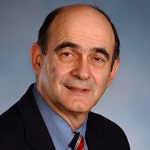