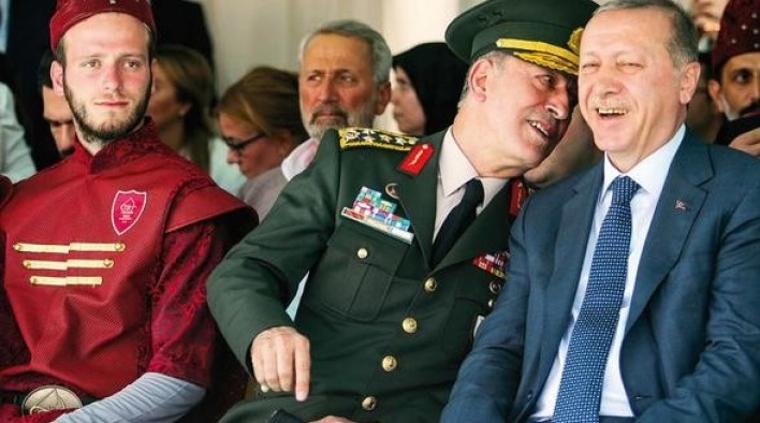 Come July 15, 2021, the most orchestrated latest series of Turkey coups turns five. If anything, this is the day the Turkish people will be remembering their loved ones; while the rest of the peace-loving world decries the unnecessary death of officially announced 249 innocent people.

Properties of the coup left behind an assortment of unanswered questions to the present day. Because life is the most precious of all human beings’ possessions, the first and paramount question is: “For what did they die? Who killed them?” Very reliable sources reveal very regrettable, sad, cruel and extremely inconsiderate circumstances. “Civilians who lost lives were all shot in the neck with a single bullet,” they reveal.

All along, the people of Turkey and the rest of the world have been driven by President Recep Tayyip Erdogan and his ruling Justice and Development Party (AKP) government to believe that if it were not for Muslim cleric Fethullah Gulen living in exile in the U.S. State of Pennsylvania since 1999, the country would be a replica of the scriptures paradise of Adam and Eve. So, who has turned Turkey into Lucifer’s hell kingdom?

In the study of political science, it is held that for a dictatorship to survive, the establishment of a common public enemy — most preferably a fabricated artificial one because a lie is easier to calibrate and play around with –is a sine qua non.  Otherwise, it becomes difficult to keep the ruled united around you and unfocused on your malfunctions and their real problems.  It is also held that if you want to know the governance status of a country, take stock of commissions of inquiry and or the number of human rights groups.

Among the most recent hottest revelations made by Turkish President Recep Tayyip Erdogan’s once big ally and Mafia boss, Sedat Peker, bullets, which were not in the Turkish Armed Forces (TAF) inventory, were found on some civilians killed on the July 15th 2016 evening.

Local media quoted Peker revealing that a large number of civilians were armed with unregistered guns during the 2016 coup attempt under the coordination of the then minister for labour and current interior minister Suleyman Solyu.  Other things, like the then good relations which have now gone sour, remaining equal, whose coup was it? Peker claims to be in possession of government and AKP names of people who distributed the arms and the mode of the operation. However, this is not the purpose of this analysis, which is to catch the criminal.

Erdogan is a very clever man. He could not have armed soldiers. Such a trial could have led to a real coup, like the other versions. This is why on the day of the ‘coup’, as one well-versed with Turkish affairs said, there were some misfits or missing links pertaining to such an operation.

Jorgen Lorentzen, a Norwegian married to a Turkish wife, was there on the night of the incident. In an interview with Politurco Editor-in-Chief Aydogan Vatandas, related to a documentary in Erdogan’s own concept of a “Gift from God” termed the ‘coup’ as something “chaotic, strange, something people didn’t understand. I’ve experienced many coups in Turkey. This is not the coup.  Very few army people on the streets, their close-ups showed signs of being disturbed, nervous … Nobody seen taking responsibility… first time (something is said about it) it is Erdogan revealing “he knows the coup authors…”

In a sort of post-mortem on the situation, Jorgen says no one wants to talk about it. Thousands of purges. Suddenly, cleansing of ‘Gulenists’. Anybody critical goes to jail. What Erdogan talks about does not amount to valuable truth. “Honestly, I cannot say, for one hundred percent, it was a coup… There is another truth than what Erdogan is telling…”

One NATO army high ranking officer had chance to comment that he was first in the dark about the ‘coup’. After getting some information, he tried to contact home. The situation was not clear. After accessing some of the footages, he came to the conclusion that there was something gone a miss. That couldn’t be a coup. To his surprise, he was later told he was part of the ‘coup’ and was wanted back home. He ended up as an asylum seeker in the U.S.

One NASA expert, going on leave to visit his family in Turkey, landed in the hands of the Ankara government.  For all the years he stayed in jail, he was always asked to sign documents related to the Gulen movement.  One thing he did not understand is the reason why Ankara would want him to sign already prepared documents about Gulen.  “I’m only a scientist. I know nothing about Gulen…”

I will not live to forget the statement of one of Erdogan’s trusted ally, who was among the first people to open the July 15, 2016, ‘coup’ Pandora box when he said categorically that Gulen had nothing to do with it. His statement was neutralized.

Immediately after the incident, subsequent official announcements had a lot of discrepancies, which did not tally. The speed at which arrests were made could not have resulted from during-event investigations. There was variance between the reported timing and the actual events.

Lastly, and what tells the Turkey ‘coup’ narrative is the Gulen or Hizmet question. I think one can be right in maintaining that a mention of Gulen changes Erdogan’s political pulse while at the same time eating into the U.S.–Turkey relations in a special manner.

There is something which has gone into intelligence circles regarding both countries as “The Project”, bringing in retired U.S. Army Lieutenant General Michael Flynn and his qualification for being recalled for court-marshal.  This involves efforts to extradite Gulen from the U.S.  for the Erdogan regime at a ‘fee’. “The Project” finally translated into “lies impending the ability of the public to know the event of Turkey’s efforts to influence public opinion”.  Apparently, it crumbled with the end of Trump’s presidency of the U.S.

Again, thanks to the Politurco platform’s identification and interview of Wayne Madsen, an investigative journalist, a retired Naval intelligence officer with NSA communications connections, exposing him to access terrorism issues information, which he ably transformed into knowledge and passed on to the world.

In that in-depth conversation, Wayne Madsen expressed the Trump and Flynn experience to the world as “bad news”. The Obama Administration demanded evidence of Gulen’s involvement in the ‘coup’. But The Project, while trying to influence public and judicial opinion, was also open to ‘steal’ Gulen from the U.S.  With what is taking place in the world today via Turkish intelligence MIT renditions, The Project is rendered bear.

Slowly, the people of Turkey and the rest of the world are getting the tip on who the architects of the July 15, 2016 ‘coup’ are. It is a self-coup. It is a self-help project for the Erdogan regime and ruling AKP ably combining efforts with organized criminal gangs. The coup plotters’ witch hunter has ended up being the hunted. Can he escape this? That is the multi-billion-lira question.