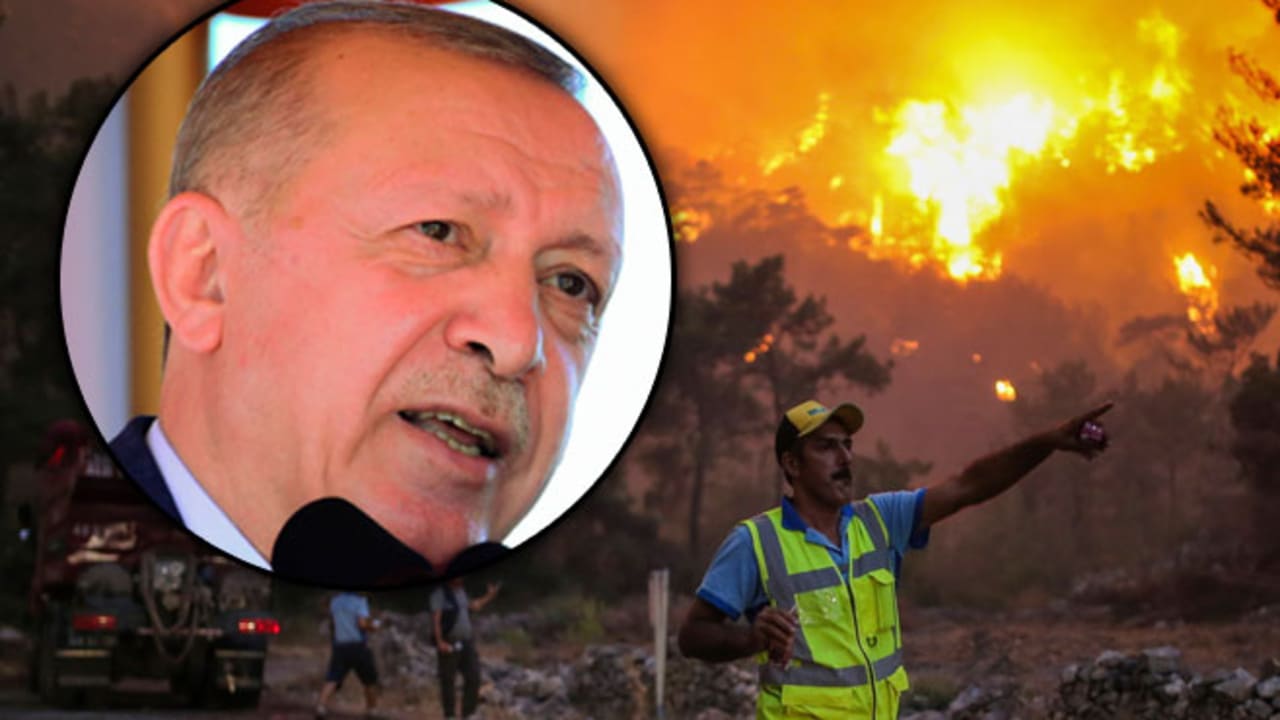 Sons and daughters of the Anglo-Saxons have it that misfortunes never come single. In a simple, down-to-earth and everyday language, they are accompanied (married?). Or, with a little bit of sophistication, they come in doubles. For us in Africa, indigenous knowledge observes: “Lightning strikes where a storm has hit before” and that: “A problem (normally) doesn’t care about the state of the victim.” It just strikes.

These observations, call them Anglo-Afro or Afro-Anglo if it so pleases you with a French cultural touch), constitute a relevant elevation from which one can visualize the forest wildfires tragedy that has negatively impacted the Turkish people and their almost centenarian Republic alongside other countries in the Mediterranean and Aegean region.

For a democratic Republic worth the name, a free press – embodying media house investors, personnel and the way they collect, package and deliver information—is paramount. The empirical three democracy pillars, comprising the parliament, the judiciary and the executive, have no meaning in the absence of a free press. This is why the free media is conventionally put as the Fourth pillar of democracy and is strategically the estate dictators or coup plotters first take possession of to impose their influence on a system to achieve their goals. Information is power, which the lucky ones turn into knowledge, which the luckiest turn into action and everything gets into motion. Lack of it translates into ignorance and stagnation.

It is in this context that one can understand why Turkey’s President Recep Tayyip Erdogan has made no mistake to acquire, shut down media houses, try and imprison journalists on trumped up charges. Turkey is the second leading country in the world behind China in terms of clampdown on the media.

In reaction to the failed July 15, 2016 coup, more than 150 media organizations, including newspapers, television and radio channels, news agencies, magazines and publishing houses, have been closed by the government on Turkey and 160 journalists have been jailed.

According to a Human Rights Watch report in December 2020, RTÜK is contributing to increasing censorship in the country by imposing punitive and disproportionate sanctions on independent television and radio stations critical of the Turkish government.

The Erdogan regime grabs every chance to stifle people’s right of access to information. It has not refrained from jumping even on the flames of the current forest wildfires to stifle the free media. Turkey’s broadcasting watchdog, the Radio and Television Supreme Council (RTÜK), is reported to have sent a warning to the managers of the TV stations, threatening them with punishment if they cover the wildfires.

Republican People’s Party (CHP) lawmaker İlhan Taşçı, who is also a member of RTÜK, revealed that RTÜK chairman Ebubekir Şahin Şahin threatened the managers that they would be given the harshest punishment possible if they covered the blazes. He allegedly told them to only show the areas where the flames have been brought under control and explain to the public how successfully the fires were contained in those areas. What a cheap propaganda?

Subsequent to the warning, six TV stations are reported to have been fined for ignoring it. One of them, Fox TV, was fined because of a six-word reporter’s comment from the site saying: “The flames spread so quickly; it’s like a nightmare.” TV stations that covered politicians’ statements describing the RTÜK move as censorship have also been fined. Broadcasting bans and fines are used by RTÜK to punish TV stations that are critical of the AKP government

In the meantime, a group of people in the southwestern Turkish resort town of Marmaris is reported to have interrupted a live show broadcast by the government-critical Halk TV on deadly wildfires, attacking the crew and the guests.

“We’ll stop you if you lie,” shouted the attackers as one of them hurled a broken bottle at a cameraman. One of the attackers taken into police custody after the incident is a member of the ruling Justice and Development Party’s (AKP) Marmaris district branch. Halk TV later published a photograph of him with the former police chief and former interior minister Mehmet Ağar.

The broadcast was focused on the ongoing wildfires, with harsh criticism directed against AKP for its poor handling of the crisis. Critics say the forested areas lost to the recent fires have increased particularly due to the AKP’s sluggish response, with opposition parties accusing the government of failing to procure firefighting planes in the past.

On August 8, 2021, Gebze Technical University researchers told state-run Anadolu News Agency that a total of 83,810 hectares (207,099 acres) of forest area had burned down to ashes in the southern Antalya Province’s Manavgat District fires that started on July 28.

Topographical engineering researchers said based on analyses of the European Space Agency’s Sentinel 2 satellite imagery, the Manavgat fire has gone down in history as the greatest fire disaster in Turkey with Milas and Marmaris tourism destinations being hit most.

“We don’t believe in promises of reforestation. That is what they said for the burned area ten, twenty years ago, but they put up concrete walls.” Chambers of Electronics Engineers, Chemical Engineers and Mechanical Engineers issued a joint statement condemning what they called government’s incompetence in disaster management and called protection of coal mines and thermal power plants.

One thermal power plant has been razed to the ground. The chambers lamented Turkey government’s “choice to leave its own firefighting planes inactive and instead rent those from other countries at exorbitant prices” raising undertones of corruption.

Pinpointing government failure in disaster management, one forestry policy expert wrote in a local newspaper that in the last 12 years, the amount of scorched area per wildfire has gone up by a staggering 141.5% per cent.

President Recep Tayyip Erdoğan and his Justice and Development Party (AKP) government have faced widespread criticism over the apparent poor response and inadequate preparedness for the large-scale wildfires.   Opposition parties accuse the government of failing to procure firefighting planes and instead spending money on construction projects, which they say, are harmful to the environment.

All said what the Turkey government is doing to clampdown the media on wildfires reports is here with us. The question is: “Which new anti-media gear will RTÜK now engage in respect of reports about the new floods?”