Turkey ‘litmus test’ for your eyes only 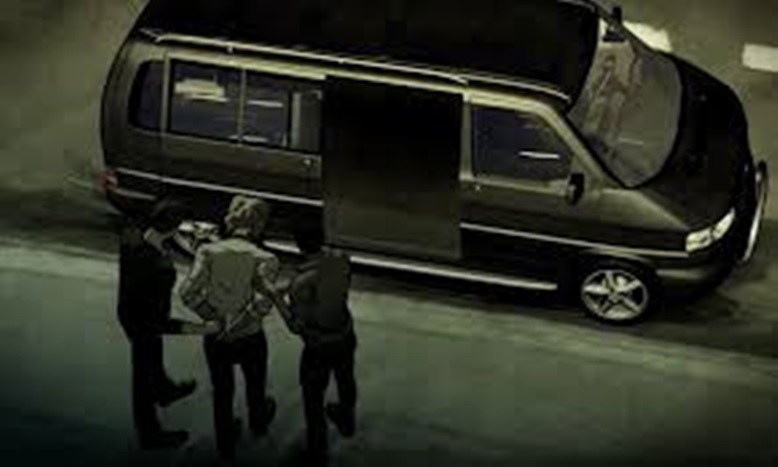 African indigenous knowledge has it that: “Sikio la kufa halisikii dawa” – lit: “the ear that is destined for ‘death’ does not respond medical prescriptions.” Can that apply to governments? What could be in store for them in the event of ignoring opinions of the rest of the world around them? For how long can authorities who don’t even hear the ecos of systems to which they belong survive?

For more than two weeks running, from mid-September to early October, 2020, the United Nations Human Rights Council held the forty-fifth session. Third item on the agenda was an involving address to “promotion and protection of all human rights, civil, political, economic, social and cultural rights, including the right to development.”

This was a follow-up to 24 recommendations made by the United Nations Working Group on Enforced or Involuntary Disappearances in its report on its visit to Turkey from 14 to 18 March 2016.Of all sources, the information is also documented to have originated from the Government of Turkey –the Ministry of Justice to be specific — on top of civil society and other stakeholders. Ten stakeholder sources altogether or, even much better, all together.

Immediately, anybody well versed with conditions on the ground  establishes that the orchestrated July 2016 failed coup is not at the root of problems afflicting the Turkish people today at home and abroad. For, if the Working Group was already working on enforced or involuntary disappearances on site in March, the problem must be older than the coup, and, therefore, cannot be caused by circumstances taking place in the future. This is not in consonance with the logic of cause and effect.

Enforced or involuntary disappearances targeting the Hizmet Foundation members, followers or sympathizers, therefore, go beyond the effects of the so-called coup which is claimed to have been hatched and masterminded by Cleric Fethullah Gulen living in Pennsylvania in self-exile. Four months before the coup, Turkey already had 202 cases of disappeared persons, 79 of them outstanding by then worth world attention. Their intensification yes; but the fertile ground was already in place.

The Working Group is thus right when it notes with “concern that a culture of impunity perpetuated by the Turkish authorities has in turn led to systematic violations of basic rights, most notably in the aftermath of the attempted coup.

The Working Group “is particularly alarmed by an increase in alleged cases of enforced disappearances reported to have been perpetrated against actual or perceived members of Gulen/Hizmet movement, classified by the Government of Turkey as ‘Gülenist Terror Organization (Fethullahçı Terör Örgütü, FETÖ)’ or ‘Parallel State Organisation (Paralel Devlet Yapılanması, PDY)’.

“Serious allegations have also been made concerning (put politely) what appears to be a systematic practice of State-sponsored extraterritorial abductions and forcible return of Turkish nationals from numerous States to Turkey.”

In our everyday life there is nothing that appeals more than making reference to the three dimensions. Downloaded on Turkey, the Working Group observes “the three crucial components of what constitutes a fair trial, namely the defense, the prosecution and the courts, have all collapsed … in recent years, turning the judicial system into merely an extension of the political authority that thwarts an effective defense and employs partisan and loyalist prosecutors and judges.

For your eyes only: “Since July 2016”, the Working Group notes, “at least 4,463 judges and prosecutors have been dismissed and most of them are either detained or arrested. Over 590 lawyers have been arrested, while 1,546 lawyers are under investigation and have been subjected to prosecution. (A total of) 182 lawyers have been already sentenced on coup related charges. Lawyers are reluctant to defend those accused of terrorism offenses, and in many cases, lawyers have been arrested themselves.” It is in Turkey where a lawyer defending an accused person risks facing the same charge thereafter!

For your eyes only: The Human Rights Watch 2020 report notes that, “Executive control and political influence over the judiciary in Turkey has led to courts systematically accepting bogus indictments, detaining and convicting without compelling evidence of criminal activity individuals and groups the Erdoğan government regards as political opponents …the largest group was people alleged to have links with the movement run by US-based Sunni cleric Fethullah Gülen …”

According to the 2017 OHCHR report on the Human Rights Situation in South-East Turkey, “In the wake of the July 2016 attempted coup, according to the statement of the Minister of Justice, issued on November 22, 2016, legal proceedings, which entailed detentions, legal investigations and arrest warrants, were opened against 92,607 people, of whom 39,378 were placed under arrest.”

For your eyes only: “OHCHR has seen no evidence that effective and independent investigations had been conducted into the reported killings. Residents who were trying to trace the mortal remains were reportedly taken to the police station and interrogated. According to families of victims killed at Cizre (South-East Turkey) …the bodies of an undetermined number of people were completely or partially destroyed in fire induced by shelling and the subsequent rushed demolition of the location of the incident. The subsequent demolition of the buildings destroyed evidence and has therefore largely prevented the basic identification and tracing of mortal remains.

“Moreover, instead of opening an investigation into the circumstances surrounding the reported excessive use of force, recourse to heavy weapons and the resulting deaths, the local authorities accused the people killed of participating in terrorist organizations and took repressive measures affecting members of their families.”

For your eyes only: “Distressing reports of abductions by state agents in broad daylight, followed by months of torture and ill-treatment in clandestine detention sites aimed at extracting confessions for future prosecutions…The Working Group is gravely concerned at what appears to be a systematic practice of State-sponsored extraterritorial abductions and forced returns of Turkish nationals from numerous States to Turkey …  as part of covert operations reportedly organized or abetted by the Government of Turkey in coordination with authorities of several States.

For your eyes only: Based on information received after the country visit, the Working Group is concerned over the alleged involvement of the Turkish armed forces in the disappearance of Syrian nationals following Operation “Peace Spring” in northern Syria.10.The Working Group is equally concerned that the afore mentioned practices, conducted within Turkey or abroad, epitomized a denial of justice, insofar as these individuals were reportedly deprived of liberty in the form of secret, unacknowledged or incommunicado detention and completely removed from the protection of law.

For your eyes only: Further distressed by these patterns, the Working Group notes with concern that even after the suspension of the state of emergency, the authorities have not complied with procedural safeguards, including immediate registration and judicial oversight of detention, notification of family members as soon as an individual is deprived of liberty, the hiring of a defence lawyer of one’s choice, and lawyer-client privilege.

For your eyes only: Through a variety of illegal means the Government of Turkey has managed to forcibly bring back over 100 victims from other countries. At least 40 victims have been subject to enforced disappearance, kidnapped off the streets or their homes from all over the world, many times along with their children. Turkey still has not criminalized the act of enforced or involuntary disappearance in its domestic law.  How does a government criminalize its sponsored activities?

According to the Working Group, a tangible stride of the Government of Turkey in meeting its human rights and humanitarian obligations within the framework of eradicating enforced disappearances and protecting the rights to truth, justice, memory, and reparations domain – is a litmus test for the rule of law and democracy in Turkey.

Facts of the alleged cases of enforced disappearances touching the  advance to the rights of victims and their families guaranteed by international law in meeting its human rights and humanitarian obligations in Turkey read almost similar to Ian Fleming’s “For Your Eyes Only” .

Like a Jamaican Couple who refused to sell their estate (their right) to General Gonsalves, sections of the Turkish society are undergoing untold sufferings because of their rights at the hand of their authorities. Who will come to their rescue? Who is their James Bond? Definitely this they cannot access through “a bow and an arrow”.

The true story behind the enforced disappearances in Turkey may yet have been told. Return to the rule of law and democracy in the country lies somewhere else. Rainer Herman, in his book titled, “Where is Turkey Headed?” paints the country as home to battles of culture. He dares raise contradictory elements like the “White” and “Black” Turks. Dialogue could be the rescue of the Turkish “For Your Eyes Only” governance and rule of law national episodes currently disturbing the whole world.