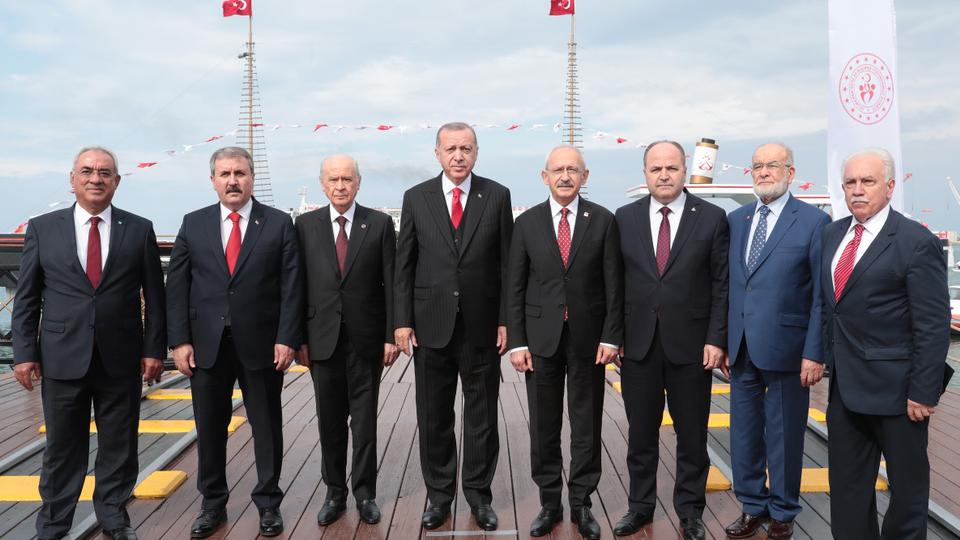 In my East African country on the western rim of the Indian Ocean, the United Republic of Tanzania, we have a “Umoja ni Nguvu” (unity is strength) electoral season campaign political slogan. Come an election period, opposition parties pledge a united front. But come the poll verdict, ‘united they fall’. They fail to field one candidate.

Superimposing this phenomenon on 2023 set elections in Turkey, where leaders of opposition parties in the country are flickering towards unity, I found myself asking: “Oh! Are they serious? Are they talking of unity or coordination, which can fail due to many factors, including the timing?”

I remember a scenario of my own son, Mbaga, who initially preferred reading after (rather than before) an examination. The reason he gave me was that he wanted to know where he had gone wrong. “This is good”, I reasoned with him. “But it could not improve the score.” We settled that a delivering system was to read before the exam, not after. It worked out well. He is now an artificial intelligence engineer.

Media reports are quoting top major opposition parties’ leaders in Turkey as saying they are open to reaching across ideological divides to compromise on several key positions in order to challenge Turkish President Recep Tayyip Erdogan’s more than 18 years in power.  The parties are said to be banking on return to parliamentary system and revisiting the Kurdish question. Is that what constitutes the Turkish socio-politico-economic equation?

About a century ago, Scholar Said Nursi had chance to say that the fundamental problems of Turkey are “ignorance, poverty and disunity… because they breed despair, deception, circumvention, mutual distrust and so on.”

Revisiting what Fethullah Gulen had to say about this, in an interview with Today’s Zaman newspaper more than seven years ago, Turkey needs “to generate an atmosphere in which everyone –Turks, Kurds, Sunnis, Alevis, Arabs, Syriacs and so on – can co-exist as members of the same family in happiness and prosperity.”

In an interview with the Iraqi Kurdish newspaper, Rudaw, in June 2013 he said “fundamental rights and freedoms should not be seen or used as a bargaining chip. It is essential to avoid non-legitimate means which transgress the bounds of law and which involve violence, whatever the purpose.”

The Kurdi question mentioned could thus be a non-starter or wrong opposition bargaining chip for the coming elections. It’s messy. Banned in Turkey and declared a terrorist organization, the Kurds Workers Party (PKK) still has its headquarters in the Iraqi Qandil Mountains. Iraq does not allow Turkey military operations there besides opposing arbitrary arrests and persecution of Kurds. The Kurdish people in Syria back PKK. Erdogan’s government is behind Constitutional Court proceedings to ban   pro-Kurdish Peoples’ Democratic Party (HDP) opposition party (HDP) and its 450 members from politics.

In any case, as far as Erdogan is concerned, what the National Alliance of major opposition parties pegs its card as the Kurdish question is no longer an issue. Responding to opposition statements, Erdogan said there was no Kurdish problem in Turkey, adding, “We have already solved this problem. We have overcome it. We have finished it.” Of course this is another lie. Where is the leader of the outlawed Kurdistan Workers Party (PKK), Abdullah Ocalan?  Where is the co-Chair of the so-called pro-Kurdish Peoples’ Democratic Party (HDP) Selahattin Demirtas? And President Erdogan plucks the courage of saying, “We have already solved the problem.”

Equally, the opposition cannot, in the present circumstances on the ground, use the parliament to trim Erdogan supra powers of the executive president to size. They cannot push anything through the chamber. A recent study made by Checks and Balances Network revealed that none of the 3,076 bills submitted by the opposition parties in Turkey has been passed over the last four years.

The ignorance problem cannot be solved but get more complicated by closure of schools and universities, over spiced with destruction of some books, laying off teachers and professors; prosecuting and jailing them.

Poverty cannot be alleviated by confiscating property without compensation. The value of the Turkish lira keeps on confirming the story. Institutions of higher education are spending nights in public parks to protest against the shortage of accommodation facilities – affordability let alone.

Disunity cannot be addressed by deregistration of opposition parties, detaining, prosecuting and jailing their leaders. Democracy, even in Erdogan’s sense of a “tramcar which you disembark upon reaching your destination”, cannot survive in the environment of suppressing those holding a different opinion.

The political situation in Turkey is not calm. The ruling party and its government and ally are aware of this. This is why efforts are being put in to lower party threshold for going to parliament from   10% to 7% following an agreement between leaders of the ruling AKP/MHP alliance. The threshold was originally Introduced the military junta in 1983 and affected parties that emerged first at the constituency level.

Setting the change trend, President Recep Tayyip Erdogan, head of the governing Justice and Development Party (AKP), said the reduction had been agreed upon, but he was waiting to hear from alliance partners, the Nationalist Movement Party (MHP).

As expected, MHP leader Devlet Bahceli also agreed saying in a statement: “No further evaluation is needed.” The party is a big beneficiary of the new move because, a   latest survey of voting intentions carried out by MetroPOLL, one of the country’s more reliable polling companies, has shown the MHP receiving 8.9% of ballots.

All assessed, if the National Alliance of major opposition parties in Turkey are serious of presenting a real challenge to the ruling Justice and Development (AKP) Party and Nationalist Movement Party (MHP) ally, a union candidate is a  sine qua non.  Otherwise, united they will fall. The dream of returning the country to the parliamentary rule system will cross a dream line into a nightmare.

What is wanted in Turkey is equal rights for all the citizens who are co-existing as members of the same family in happiness and prosperity. What the opposition National Alliance is trying to do could easily translate into going diving in the deep electoral sea with a stone hanging by the neck instead of a cylinder.