HomeHeadlineTurkey polls: Has “the arrow left the bow”?
HeadlineTop Stories On Turkey

Turkey polls: Has “the arrow left the bow”? 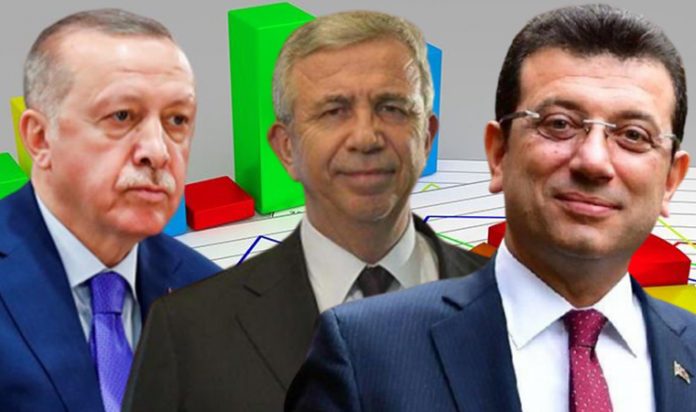 It’s 23rd December 2022. Just a day to the Xmas vigil; but on the ground reading exactly six months to the Turkish presidential and parliamentary polls. News emanating from Istanbul draw a portrait of a situation growing more tense and uncertain. What are the chances of the polls on the Turkey’s Supreme Election Board (YSK) schedule being democratic? That is the question.

My mind recalls a warning made by former U.S. President Barak Obama to the world “…. to stop pretending that countries that just hold an election where sometimes the winner somehow magically gets 90% of the votes because all the opposition is locked up or can’t get on TV is a democracy.”

He who rules Istanbul rules Turkey, goes a saying in the country. It’s no wonder, therefore, that this Turkey’s commercial capital, already becomes a hot spot.  It all begins with a court sentencing Istanbul Mayor Ekrem İmamoğlu to more than two years in jail and risking a ban from politics ahead of next year’s presidential and parliamentary elections.

This changes the 15.6-million-people metropolitan city into a protest site.   Imamoğlu tells the protest rally: “It’s presumptuous to out (oust?) a person elected by the people’s vote… The government pays no regard to such things as law, ethics or religion and that Istanbulites, therefore, are standing up for democracy and freedom, rights, law and justice.”

This reminds me of Obama’s second component of his warning where he insists “democracy depends on strong institutions and is all about minority rights and checks and balances and freedom of speech and freedom of expression and a free press and a right to protest and petition the government and an independent judiciary and everything having to follow the law.”

CHP leader Kilicdaroglu tells the rally one of Turkey’s main problems is restoring justice because the verdict against Imamoğlu was “unacceptable.” DEVA leader Ali Babacan said “I don’t accept what happened, I reject this injustice. In the next elections people would be making a choice between fear and hope, hunger and wealth, oppression and freedom and autocracy and democracy.”

GP leader Ahmed Davutoglu said: “Yesterday was a dark day for the Turkish judiciary. We have an election ahead of us. This is not a change of power; this is choosing freedoms over prohibitions.”

Erdogan says the court verdict is not final and that it was a criminal procedure prompted by an insult uttered by Imamoğlu. “This is about a person who gets banned from politics for insulting (election officials). According to our constitution judges perform their duties independently. It’s not me saying that, the constitution says it. We don’t have to approve of every verdict. There are many court decisions that we have criticized, but that doesn’t give anyone the right to defy court decisions”, he added.

According to Turkey’s Supreme Election Board (YSK) chairman Muharrem Akkaya, if the verdict is upheld by the top court after Imamoğlu is certified as a presidential candidate, he would still be able to run for president, however, his win would not be certified and there would be a rerun election.

Meanwhile, Interior Minister Suleyman Yoglu has sent a 578-page report to the Chief Public Prosecutor’s Office as part of an investigation about 455 employees of the Istanbul Municipality alleging more than 100 of them having links with leftist and other groups. İmamoğlu has already said this is futile for him to carry out such thing… (because) “the arrow has left the bow.” There will be a change in this country. The time is now.”  He calls the move against him as “arrogant” and “ignorant”.

“I don’t see myself as a rival on my own. But I’m a player in the team… The coach puts me in the game, or he doesn’t. That’s not my decision to make. But I’m player who could possibly enter the game.” He calls on the opposition to field a presidential candidate who will definitely win.

In some quarters it is held that in the hearts of all CHP supporters, including Imamoğlu himself, CHP leader Kemal Kilicdaroglu is the presidential candidate. In others, it is held the opposition will lose against Erdogan if they don’t field either Istanbul Mayor İmamoğlu or Ankara Mayor Mansur Yavas and instead choose Kilicdaroglu.

There is no doubt, therefore, that the future hope for the people of Turkey hangs in the balance as of how the opposition will handle the issue of fielding a presidential candidate. Short of that happening one can imagine the sad effect of the opposition falling ‘united’ to the detriment of democracy in Turkey.

In playing his election game, Erdogan has very much depended on the justice delivery system which leaves a lot to be desired as everybody who does not toe his line, however ethical that person might be, the likes of Muslim cleric Fethullah Gulen, genuine prosecutors, teachers, journalists and judges, is taken for an enemy.

This is where the observation of Plato (427-347 BC) in his description of a certain type of hypochondriac in the Republic becomes extremely relevant. Platosaid: [They] … are always doctoring and increasing and complicating their disorders and always fancying that they will be cured by any nostrum which anybody advises them to try … and the charming thing is that they deem him their worst enemy who tells them the truth.

Isn’t this what Erdogan’s Turkey is all about? The country with a lot of government’s dirty laundry as it heads towards elections veiled in Peker revelations on state-mafia relations, drug-trafficking and murders implicating former and current state officials and their family members?

Could Imamoğlu be right in saying the “arrow has already left the bow”? Africa indigenous knowledge holds that “enkuba etera mbali elateile” – translated, the lightning hits where it has struck before. So, could Istanbul repeat the story of a landslide victory to the opposition in the coming presidential and parliamentary elections?