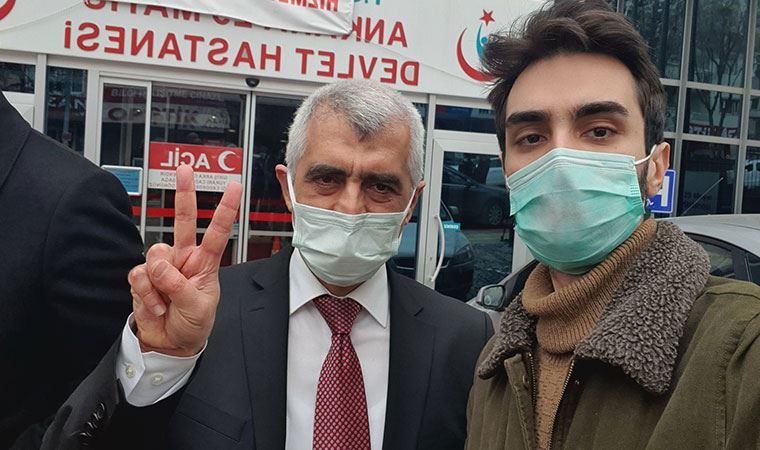 If it were a commodity on sale in the market, it would qualify for a “hot cake”; a very fast moving item. But, now that it is about cases conducted in court regardless of globally accepted principles – certainly below even those of the famous Kangaroo system –what could that be?  For loss of words, could it be something abstract while at the same time (looking) real on the ground, which is a contradiction?

That is how far low and defective the rule of law has come in Turkey. As an African observation goes, “even in a clear, open and straightforward (morphological) case like that of a she goat”, the justice delivery system in Turkey still pretends not to see. Proceedings are run single track on which the end justifies the means.  Charges are along the media “set-and-hold” practice for articles or features which are ready for use any time.

These “set-and-hold” charges range from murder, attempted murder, robbery, inciting the public, being terrorist or belonging to (randomly) select and named terrorist group, plotting a coup which is also multi-dimensional, insulting the president to  spreading hate; name it.  The date can be backdated to any amenable time to facilitate the conviction. The system starts with the verdict, working backwards to identify and set all the congruent factors to the chosen crime.

Scrutiny of the present situation on the ground and the intensification of the malpractice reveal another revelation, if I were excused to repeat the use of the word.  This is because what presents itself as the end turns out to be still a means. The real end is winning the forthcoming elections, which cannot take place without weakening the opposition.  At the heart of what is taking place in Turkey today, the point at issue has, unfortunately or rather regrettably crossed opposition weakening borders into the realms of extermination.

That is where Turkey is as of now. Anybody, anything can be sacrificed anytime, anywhere and by whatever means, so long as power is retained. If the need be, some sections of the Constitution, which is the mother law, can be suspended or simply ignored. Human rights can be re-defined. Better education and health services can be put on hold.  Ratified international conventions can be returned to senders in Brussels, Geneva and New York. Power is the end in today’s Turkey. It is the one justifying the means. It has to be retained at any price/cost.  What is the use of having a parent, brother or sister, daughter or son, any relative, in fact, who does not want you at the Palace?

So, in the event of an election, the immediate means is weakening the opposition on all fronts — political, social, economic, religious, ethnic, civic organization and so on.  And if measures targeting this do not deliver, the next stage – extermination—is taken on board. It is from this angle that the world should visualize what is taking place and being intensified in Turkey today.

The most current hot news constitutes the weakening and extermination efforts targeting the Peoples’ Democratic Party (HDP), the third strongest opposition.  If only the Turkish Government could bother shop around for consequences of such activities, the writing is on the wall from Zimbabwe, one of the member countries constituting the Southern Africa Development Community (SADC) in Africa. The disappearance of strong opposition translates in the loss of the last thin threads of a country’s governance fabric. Does the Erdogan regime, its ruling Justice and Development (AKP) party and (opposition?) ally (MHP) fail to read this on the political development notice board?

Part and parcel of this effort was the expulsion from parliament of MP Omer Faruk Gergerlioglu due to a prison sentence he was handed down for a tweet in which he shared a news report onT24 news website. Gergerlioglu refused to leave the parliament building in protest until he was forcibly removed by the police and briefly detained.

Circumstances in which he was arrested were unfocussed and the ‘case’ handling unconstitutional. The MP, a representative of the HDP, was arrested between ablutions and prayers. This was an unfortunate action by Turkish police (presumably Muslim) who should better know how not to treat a believer between these two stages for the execution of one of the pillars of the Muslim faith – prayer. This was, and still is, a serious miscalculation. It also involves some level of harassment.  It is another area of contradiction.

In the echo of this distasteful incident in Turkey, President Uhuru Kenyatta in the East African Community (EAC) country of Kenya took chance to pause his speech in respect of the Muslim call for prayer, Adhana, during a funeral service of Tanzania’s late President John Pombe Magufuli. The Supreme Council of Kenya Muslims issued a congratulatory message to President Kenyatta for “demonstration of utmost respect and knowledge of the Muslim traditions … (making them feel) “proud and privileged to have you as our leader…” One would wish its copy could be made available for the Turkish people for information about a leader worth their choice.

Back to Turkey, the government- funded religious affairs body had nothing to comment about the police interrupting a believer between ablutions and prayer. Power wishes first; the rest can wait. In some Muslim majority places in East Africa, there have been instances when games like basketball pause because of the Adhana.  A copy of the Kenya Muslim Council statement would not be bad for the Turkey government religious body and even President Erdogan, for that matter, for future action.

The police in Turkey have been involved in zigzag operations like arresting activists protesting against the expulsion of Omer Faruk Gergerlioglu and blocking a women’s rights demonstration to protest Turkey’s withdrawal from the Istanbul Convention.  This withdrawal presented a global error for Turkey, the launch pad for this anti-violence human rights treaty of the Council of Europe against women and domestic violence.

The convention was open for signature in Istanbul.  Now, rather than toe its line, Turkey has chosen to quit in preference for activities which dehumanize Turkish women and daughters such as strip-searches in prisons – the malpractice that  Omer Faruk Gergerlioglu fought against tooth and nail. Turkey is also a global hot spot for domestic violence against women.  This must be the cause for his harassment and efforts to deregister HDP rather than the advanced social media case. A contradiction!

The police have also arrested about 80 people, including minors, for celebrating the Kurdish festival of Newroz. This has been is a traditional event for years. Today it is a potential crime. What is criminal about celebrating the Newroz?  Or is it because of the Kurd elevation?  A contradiction!

Istanbul prosecutors dropped negligence charges against an inmate who died of cancer after being denied timely treatment and released only two weeks before his death. In a demonstration of insensitivity and inconsiderate reasoning over-stretching basic beliefs about human life, they claimed “he would have died even if he had received the treatment.” This is a serious neglect of and departure from religious practices and philosophy.

Meanwhile, detention of people over alleged links with the Gulen movement continues with figures for the third week of March (15-22) alone clocking 154. According to the UN Working Group on Arbitrary Detention (WGAD) the widespread or systematic imprisonment of individuals with links to the group may amount to crimes against humanity.

Crave for (absolute) power is definitely the current compass for the Turkey regime under Erdogan and his AKP Party. With due respect, political scientists and analysts identify this stage as the final towards a fully fledged dictatorship.  Is Turkey there now with the rule of law shrouded in an apparel of contradictions?