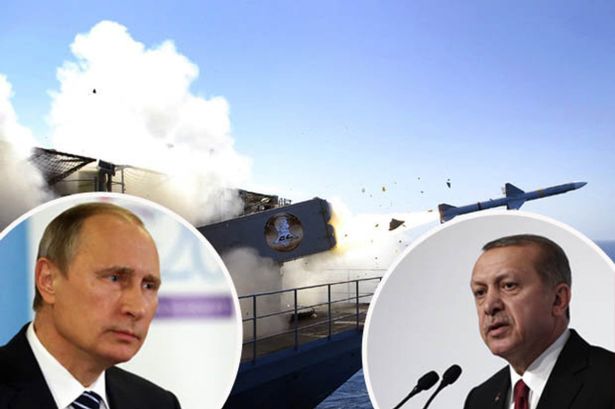 If there is an aspect in which ‘poor’ Africa is rich in, it is in the horde of indigenous knowledge made up of the sum total of axioms, proverbs, idioms, adverbial clauses, elders’ wise sayings, name them, encompassing almost every facet of human imagination and consequent activity. And one of the key areas of address is ethical behavior – the way we should or should not treat and live with others, a sort of modus vivendi.

in this set of African knowledge, it is normal to find humans being assigned animal, insect and even plant properties and characters.  A typical example is when man is discredited for adapting “n’oruma n’owiwuliza nk’embeba” tactic — literally translated, “you’re biting and gently blowing like a rat”.

This is the impression or picture that came to mind about the Republic of Turkey and its President Recep Tayyip Erdogan as I followed the flow of unfolding events surrounding the Russian invasion of Republic of Ukraine now getting into the fifth week (30-March 2022). What does the indigenous knowledge uphold?

The African experience is that the rat, in the darkness of the night, stealthily gnaws heels of a person in his or her sleep. In the event of the victim indicating some shock, the rat switches to very gently blowing at the inflicted wound to reduce the sense pain. When the victim feels comfortable again, the rat reverts to the game until light becomes unfriendly and goes away into the hiding until another chance avails itself.

The Russian invasion of Ukraine, which is not the topic of this article, is, to a certain extent, inconceivable to common sense. Aggressor Vladimir Putin argued that Ukrainians are part of Russia (Russians that is), but still found sufficient reason for killing them. If he was certain about his argument, why the fratricide then? Where is the justification?

This can only be understood along the lines of the Old Testament story of Cain killing his young brother, Abel, in their so-called family Garden of Eden paradise. Putin’s logic of ‘demilitarizing and de-Nazification’ of Ukraine is simply lethal, which is what it has turned out to be. Ukraine has assumed the properties of hell on earth.

United Nations Secretary General Antonio Guterres explained it better when he said: “Since the beginning of the Russian invasion one month ago, the war has led to the senseless loss of thousands of lives, the displacement of two million people, mainly women and children, the systematic destruction of essential infrastructure and skyrocketing food and energy prices worldwide…”

As proof of what the UN chief had to say, Ukraine army shared a Facebook post talking of 7,200 Russian “occupiers” being killed, 597 tanks, 1,710 armored vehicles, 127 jets, 129 helicopters and seven ships lost. UNICEF lamented about half of Ukrainian 4.3 million children being “uprooted by the conflict”. Moscow conceded it had lost 1,351 servicemen. A senior Ukrainian official said at least 5,000 people had been buried in the besieged city of Mariupol. Independent confirmations put aside, what a horrible bloodshed and unnecessary waste of life and property this is.

Now, the question is: “How has Turkey acted the African house rat in this deadly dispute that has brought the world on the verge of World War III and threatening the use of nuclear arms?”

For informed knowledge about the entire situation, one has to go beyond the actual invasion which was just a culmination of processes that had been ongoing, painting the many faces of Turkey at home and around the globe in perfect symphony with the Africa indigenous knowledge “you’re biting and gently blowing like the rat” tactic.

Domestically, Turkey has the ‘angel name’ for any ruling party under the Sun –  Justice and Development. But in practice, this is all pseudo. Justice is a lost item for the majority of the Turkish opposition, minority groups and all those perceived to have links with the Gulen Movement. Turkey is their little hell or purgatory. Development becomes a foregone case with discrimination at its worst.

If there is any justice left in Turkey, it is in Erdogan’s pockets, being dished out at his will. The Parliament is AKP and ally majority. President Erdogan is on record for having signed more decrees than bills that have gone through parliament and passed into law. The Executive is under the thumb of the executive presidency system. CEOs of public institutions are hand-picked and sworn in to follow the dictates of the presidency. The Erdogan regime is “… biting and gently blowing like the rat”.

Globally, Turkey is the longest-time applicant for European Union membership. Yet, it has gone ahead and defied entry provisions. Most of the European Court of Human Rights (ECHR) applications relate to Turkey, which does not respect the court’s rulings, consequently stalling the process. Turkey pulled out of the Istanbul Convention targeting the woman’s dignity. It is the country that championed the rights of the woman ahead of many European countries — now “… biting and gently blowing like the rat”.

Turkey is a member of the North Atlantic Treaty Organization (NATO) with the second strongest army for defending the grouping under the organization of the United States. Its strategic position notwithstanding, the country went out to purchase S-400 Russian sophisticated missile system, attracting sanctions from the U.S. Congress. Until today, while tactfully playing it safe with fellow NATO members, Turkey maintains the issue of the S-400 Russian arms acquisition is not a subject for discussion. There is no question of going backwards, fully depicting the picture of “… biting and gently blowing like the rat”.

The Russian invasion of Ukraine found Turkey having to perch dangerously on top of the fence, trying very tactfully to “bite and gently blow like the rat” of the African indigenous knowledge. In a press release issued on the very day soon after Russia announced what it called a “military operation”, the Turkish Foreign Ministry said it was “unacceptable…(and) a grave violation of international law and poses a serious threat to regional and global security”. It emphasized the “necessity to respect the territorial integrity and sovereignty of countries” and opposed “changing of borders byuse of arms…”.What a‘bite’.

Erdogan then contacted all parties. He consulted with EU and NATO members, regional leaders. To Ukraine President Volodymyr Zelensky he delivered a message of support and mediation offer. To Russian President Vladimir Putin, the message was one of immediate end of hostilities and ceasefire without forgetting the mediation component. Turkey is a drone supplier to Ukraine and a good business and development partner with Russia. Erdogan had to be very careful not to antagonize either. He had to “gently blow like the rat”.

When I was patching up this article there were reports of Russian and Ukrainian negotiators in Istanbul concluding a round of peace talks “with both sides expressing cautious optimism.” The reports talked of Russia saying it will reduce some military activity “to increase mutual trust”.

The world has to wait to see if the promises are being met because as the negotiations were going on, reports from the southern city of Mykolaiv said a Russian strike had hit a government building.

News from the Istanbul Ukraine-Russia peace talks could give some credit to the “bite and gently blow like the rat” Turkey regime, But the better news would also be Turkey revisiting its human rights, corruption and good governance low levels. Turkey leaders have to engage less with (if not abandon) rat tactics and concentrate more on addressing home human rights issues. What is good for the Ukrainian mother and child is also good for their counterparts in Turkey. Charity begins at home.