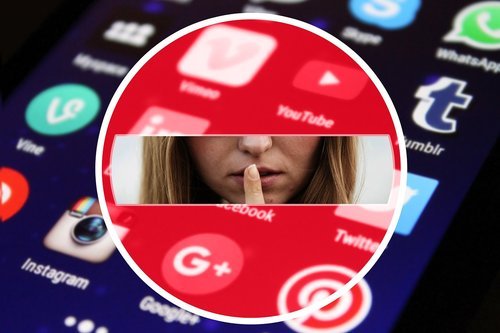 Hardly nine months to the June 18, 2023 parliamentary and presidential polls in Turkey, could the country’s little remaining breathing space for the electorate source of information, the social media and internet, be heading to a ‘mechanical respiratory political system’ popular among healthcare providers after the ICU acronym for the Intensive Care Unit?

On October 8, 2022, the Turkish Grand National Assembly sitting at Ankara’s Ulrus Square received a bill seeking to force social media networks and internet sites to hand over details of users suspected of “propagating misleading information” for which an up to three-year jail terms were also being sought.

This is something one should have seen coming in the situation where Turkey’s strongman President Recep Tayyip Erdogan is facing the toughest time of his almost two decades’ rule and is being haunted by an assortment of socio, political and ethical malpractices on many fronts.  He already had also hinted on it about five months back in May.

On top of that, in its “Freedom in the World 2022” index issued in February, the Freedom House classified the Republic of Turkey as “not free”. The landscape was, and still is, such that more than 90 percent of the country’s media houses, along the no-other-choice storyline of a piper, have to play the tune of the Justice and Development Party (AKP) payer as dictated through Erdogan’s government public tender placements. The report said Erdogan continues to “dominate Turkish politics, a deepening economic crisis and opportunities to further consolidate political power have given the government new incentives to suppress dissent and limit public discourse.”

This is why and how, as a constitutional matters advisory body of the Council of Europe, the Venice Commission issued what has been termed as an “urgent joint opinion” with the Human Rights and Rule of Law Directorate General calling for Turkey’s restraint from passing the proposed bill into law, amending the country’s Penal Code relating to “false information”.

Prepared at the request of the Monitoring Committee of the Parliamentary Assembly of the Council of Europe (PACE), the bill seeks between one and three years’ jail terms for anyone “found guilty” of publicly disseminating “false or misleading information” and those who hide their identity or act on behalf of an organization, would have their penalty increased by half.

Hiding its claws, the Turkey Government sought refuge to what it claimed was in line with US and some European countries’ practices to which the Commission objected saying practices pertaining to Germany, France and the UK, had nothing to do with criminalizing “false or misleading information” but in essence had only introduced obligations on internet platforms regarding illegal content and was very much related to the COVID19 pandemic.

The Commission exposed the Turkish hidden intent when it said categorically that it had now become the practice of some regimes to apply criminal provisions to “quash dissent and criticism” and like the African indigenous knowledge “mtego wa panya …” – depicting the rat trap that catches the innocent alike, this time round targeting journalists and human rights defenders as well.

The Commission also addresses the bill’s reference to “very broad and vague” and “open to different interpretations”, giving examples of “misleading information, disturbance of public peace, general well-being and within the framework of the activities of an organization.”

It also dismissed the Turkish government premise of courts reaching the right interpretation through the use of expert witnesses in the absence of a criteria against which to establish “objectivity and consistency,” despite the fact that value judgments cannot be extended to expressions of an opinion as true or false. Expressing “serious doubts” about the whole exercise, “the Commission is particularly concerned with the potential consequence of such provisions, namely, the chilling effect and increased self-censorship, not least in view of the upcoming elections…” When I was concluding this analysis, PACE came out strongly warning that Turkey’s ‘disinformation bill’ could irreparably harm free speech prior to the polls.

Fears of the Commission about the seriousness about or rather sincerity of Turkey to the freedom of expression become more apparent, considering that according to the 2021 statistics announced by the European Court of Human Rights (ECtHR) President Robert Spano in January, Turkey ranks second in the number of applications pending at the court with 15,251, coming second only after Russia. Turkey also ranked the first among the 47 Council of Europe (CoE) member states in the number of judgements concerning violations of expression in 2021.

Meanwhile, the ECtHR has rejected Turkey’s request to refer a judgement ruling holding that Ankara’s detention of the head of the Turkish branch of Amnesty International, Mr. Taner Kilic, in 2017, for alleged links to Muslim cleric Fethullah Gulen, was unlawful to the Grand Chamber of the Strasbourg court. This renders the judgement final.

Mr. Kilic was released pending trial in August 2018. But in 2020 he was convicted of membership in a terrorist organization and sentenced to six years, three months in prison. Currently not in detention, Kilic had appealed the verdict. In May, this year, ECtHR said that his pretrial detention had been “unlawful and arbitrary” and there had been “no reasonable suspicion that (he) had committed an offence.”

Likewise, Turkey has failed to implement the court’s rulings to immediately release Kurdish politician Selahattin Demirtas and businessman-cum-philanthropist Osman Kavala both currently in jail on politically motivated accusations. This has prompted the Council of Europe to launch an infringement procedure, which can result in the country losing voting rights and even expulsion.

According to an article titled “Erdogan is lashing out because he’s vulnerable”, published in the latest World Politics Review, a lecturer in European Studies at the King’s College in London, Alexander Clarkson, evaluates over how economic and political crises facing Erdogan’s government might affect Turkey’s internal stability and relations with the European Union.

He says though many Turkey watchers expected Kavala to receive a “guilty” verdict, “the harshness of the final sentence signaled how far President Erdogan’s government is willing to go to pressure anyone challenging its position. The lack of any effort to establish a plausible case against Kavala was a sign that many in the AKP and security services no longer even care about maintaining a façade of legitimacy in efforts to destroy their perceived opponents.”

Lecturer Clarkson rightly observes: “… it is often when they are at their most vulnerable that authoritarian leaders with a dangerous belief in their own destiny can be at their most dangerous.” They can behave unpredictably like a cat that has been trapped in a tight corner or the African indigenous knowledge concept of “eby’omufu akolera anyanga” translating into: “What the dead person would not mind doing at the grave side.” Is that where Erdogan and AKP have come to in the face of the forthcoming polls to the extent that they no longer care about anything except retaining the power?  That is the question.

Turkey’s social media networks users and internet sites service providers can go to jail on whatever flimsy reason, or even, in the worst scenario, die. But what matters for Erdogan and his AKP is to win the polls. Come what may.

It all looks like the “disinformation bill”, even if passed by the pro- Erdogan and AKP parliament, will face an uphill implementation process following the targeted media and world reaction.  On top of what the Commission had to say, for example, Abdullah Bozkurt, an investigative journalist based in Sweden has vowed: “I will not be cowed into silence.” This was in response to what he called the Turkish Intelligence MIT stepping up the campaign of intimidation and harassment.  Could the world be in for “the pen is mightier than the sword” scenario in Turkey?