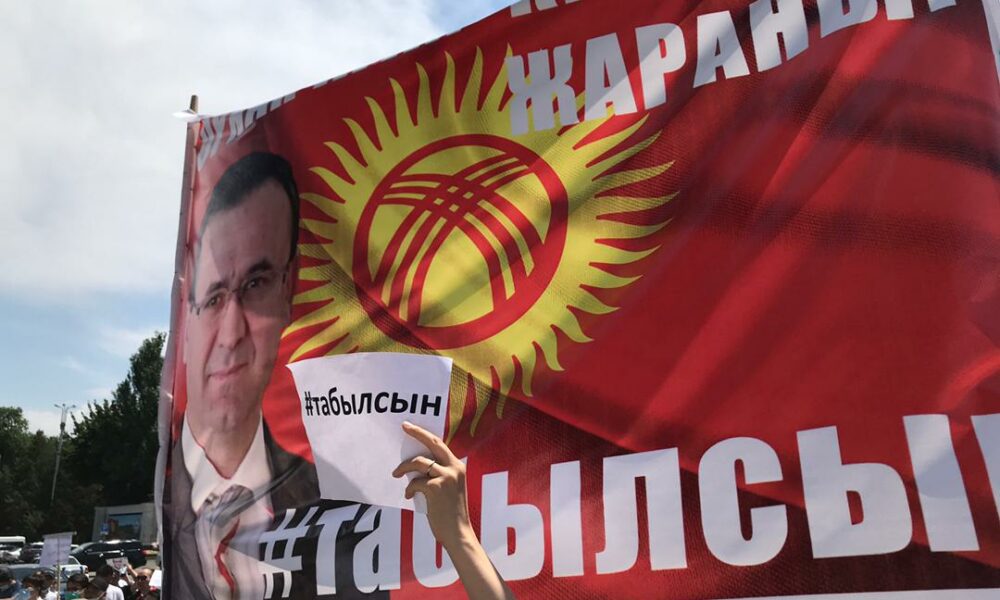 Orhan Inandi, chairman of the board of the Sapat schools in Kyrgyzstan, was kidnapped in Bishkek. A commission of investigation and operation was established after the news. Kyrgyzstan’s Ministry of Interior initiated a country-wide search for Orhan Inandi who a citizen of Kyrgyzstan is also.

Orhan Inandi’s car was discovered with its all doors locked inside a neighborhood in Bishkek at around 4:20 am on the morning of June 1st. Oktyabrsky region police published the following statement after having the testimony of the relatives: “A group of investigation and operation has been formed consisting experienced inspectors and officials. All necessary measures concerning the investigation activities and research are taken in order to locate Orhan Inandi.”

Inandi was last seen at around 8 pm on the evening of 31 May when he stopped by at his home and then made a phone conversation with one of his director friends at 8:56 pm and since then not a sight or sound of him.

Orhan Inandi’s wife made the following statement: “We would like to see my husband come back to us safe and sound. God willing, I hope Kyrgyzstan will not be a place for us where we have bad memories about.”

It has been stated that educator Orhan Inandi, who has been kidnapped in Bishkek, is being kept in the Turkish Embassy.

STATEMENT FROM THE PRESIDENCY: PROVISIONAL FORCE IS READY

The Presidency of Kyrgyzstan also published a statement through their website.

“President Sadyr Japarov instructed the National Security State Committee of the Republic of Kyrgyzstan and Ministry of Interior to reinforce the investigation and operations and also involve provisional forces in order to locate Orhan Inandi, who is a citizen of Kyrgyzstan.”

It has been claimed that the private jet landed in Bishkek Airport in order to abduct educator Orhan Inandi.

It has been stated that educator Orhan Inandi is being kept inside the Bishkek Embassy after being abducted.

While Kyrgyzstan security forces are mobilized to find Inandi, the citizens are gathering in front of the embassy.

SAPAT IN KYRGYZSTAN SINCE 1992

Sapat educational institutions have been active in Kyrgyzstan since 1992. 16 boarding schools, four primary schools, and alongside two international schools Silk Road and Cambridge, and Ala-Too International University in Bishkek provide education under the roof of the institution. Educational activities which had started as Sebat Education was entirely transferred to Kyrgyzstan in 2017 and the name of the institution was changed to Sapat.

Kyrgyzstan’s Ministry of Foreign Affairs called Turkish Ambassador Cengiz Kamil Firat to the building of the ministry and sent a diplomatic note last year. According to the news published on the website of the ministry, Ambassador Firat was told that he must stay away from internal affairs and respect the laws.

BRIBE CONFESSION IN THE MOSQUE

Ambassador Cengiz Kamil Firat’s degrading attitude towards the country he currently resides in caused some eyebrows to raise, just like when he caused a scandal during the traditional iftar (evening meal during Ramadan) invitation of Kyrgyzstan’s Office of Mufti.

Firat, who refused to share a table with the members of the Gulen Movement, made the following scandalous disclosure when he was leaving the hall: “We built you a 35-million-dollar mosque and you make us sit with the terrorists.”

There were many ambassadors from tens of different countries that evening in the iftar invitation. The mufti, who is the host of the evening, has a daughter who also studies in one of these schools and Ambassador Firat calls these people terrorists. All of the people who are addressed as terrorists by him carry a Kyrgyz passport. At first, Ambassador Firat requested the members of Gulen Movement to be removed from the hall but the ulama who was hosting the organization stated, “We do not have such culture to kick out guests, let alone during Ramadan”, and left the Turkish ambassador alone. The ambassador made a grandstand play after his request was denied and left the hall by disturbing the peace.

A diplomat, who was also in the iftar invitation, commented that the Turkish ambassador’s attitude was far away from maturity and diplomacy and stated the following: “If your political view does not fit in the atmosphere, you should just get up “English style” and leave the place quietly.”