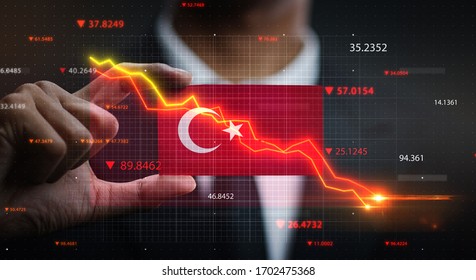 It’s dateline Ankara. “Government releases three-year roadmap for Turkish economy,” reads a newspaper headline. The news is all about   quoting the Official Government Gazette, dated September 5. 2021. The central point at issue is the badly needed recovery of the economy because its state is an open secret. The value of the Turkish lira (TL) better compresses the story.

I am not an expert in planning the economy. But this story took me back to my old ordinary level secondary school education days Bible Knowledge subject, sixty years ago.  This statement made me remember a narrative about Jesus brewing trouble by making a public comment that He (excuse me for the Catholic capping) could pull down the walls of Jerusalem and erect them in three days.

This formed part of his Jewish people’s lame excuses for demanding that He be sentenced to death on the humiliating cross. Other pretexts put forward were that He claimed to be the Son of God and was not a friend of the Roman Emperor. In that way, He had betrayed the Jewish faith (sacrilege?) and cultural norms on top of creating a conflict with the government of the day (treason?).

This article is not meant for giving anybody religious knowledge insight.  But I imagined in the case of the Turkey economy recovery programme: “Who were these experts setting a potentially dangerous trap for President Recep Tayyip Erdogan? I wondered: “Are they sure they won’t put him into trouble?  How could the Erdogan deliver the goods?

One need not be an expert in econometrics to visualize this dangerous noose around Erdogan’s neck. His expert strategists know how long it has taken the former Mayor of Istanbul, the Prime Minister and now executive President to bring Turkey where it is today. Normally we say it is easier to demolish than to rehabilitate, re-constructing let alone.

How can the government of Erdogan take three years to put right what it has demolished in about 18 years in office and is continuing to do so?    What will Erdogan tell the electorate in the polls that are around the corner? Which miracle do they expect? And who would be the maker?

Erdogan and his ruling Justice and Development Party (AKP) have not only literally ‘executed’ Turkey’s  social, economic, political, justice, education, and faith fabric but have turned the country into a relatively isolated island on the foreign policy front, for which they are now panting to try and mend walls.

According to the published medium-term economic program, the country’s economy   is projected to expand at 9% this year and grow a further 5% in 2022. The government is aiming at 5.5% growth in 2023 and 2024, while the average gross domestic product GDP growth rate target is 5.3%. According to official data, Turkey’s GDP jumped 21.7% year-on-year in the second quarter of 2021, the highest annual growth rate since 1999.

The newspaper report also quotes Treasury and Finance Minister Lütfi Elvan twitting on his account:  “We will further strengthen macroeconomic stability for durable growth led by the private sector.” In the case of Turkey, where is that pinpointed ‘private sector’? His remark could have read better if he gave plans of returning confiscated private enterprises to their legal owners. Otherwise, who would like to step on the AKP and government frying pan?

Figures hint on narrowing annual inflation rates. How does this work out under the environment of the falling value of the Turkey lira against the U.S. dollar?  The U.S. dollar/Turkish lira exchange rate will be around 8.30 by the end of this year and increase to 9.27 in 2022, 9.77 in 2023, and 10.26 in 2024, according to the program.

Other things remaining equal, that is the inflation master key. People have to dig further and further in their pockets to buy the same product. How does the government expect the economy to recover on a local currency that grows weaker and weaker, year in year out?

How does this translate into economic recovery in the background of officially agreed and declared widening deficits ranging from 230 billion liras this year; to 278.4 billion in 2022; 290.2 billion in 2023 and 294 billion in 2024? Which recovery is this?

Furthermore, the unemployment rate which stood at 10.6% in June, will hit 12.6% by the end of this year, according to the program’s estimates. The government aims to bring it down to 12% next year, 11.4% in 2023, and 10.9% in 2024. This cannot take place by decree. How can a government lower the unemployment rate by implementing a policy whereby people illegally lose jobs they have on hand? The government sacks employees, perceived to belong to institutions or groups taken to be dissident. Hundreds of thousands of Turkish experts have lost jobs by government decrees!

Turkish leaders have lost bond with all that it takes to put on stage a delivering government. The country is lacking in what is now recognized as servant-leadership. Where are the Rumis, the Mahatma Gandhis?  Where are the Said Nursis?  All such people, including that cleric currently living in exile in the U.S., Mustafa Fethullah Gulen, constitute the enemy.  But whose enemies?

Otherwise, what would be one’s take on the state a leadership that has everything to do with self-enrichment and intolerance? Leaders who are ready to build personal reserves they can live on for four hundred years when their life span is hardly a hundred?  That is what and where Turkey is today. The country’s leadership is even ready to rip a page out of a  history textbook mentioning Mustafa Kemal Atatürk, the founder of the Turkish Republic.