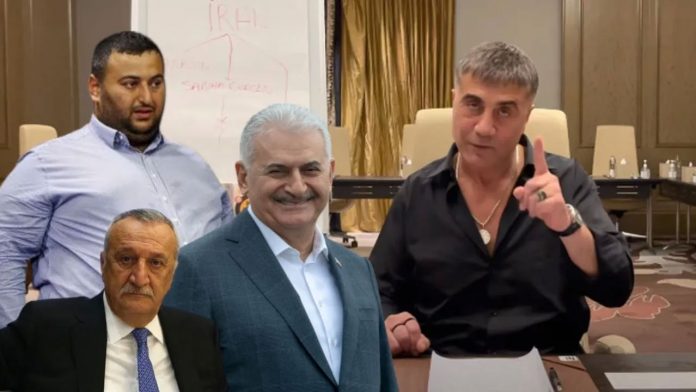 When in May 2021, one of the top Turkish Mafia bosses, Sedat Peker, hinted in his video series that the Erdogan Government, members of his family, the ruling Justice and Development (AKP) party big shots and allies were linked with drugs, chances are these shocking revelations in some quarters could have been simply dismissed as allegations of a fugitive convicted accomplice.

At the official government level, Turkish President Recep Tayyip Erdogan was quick to respond: “When we took over administration of the country 19 years ago, one of the most important things we did was to ensure peace in all parts of our country. Thanks to our determined fight, we have completely eliminated criminal organizations from haunting our country.”

President Erdogan’s words, however, contradicted facts obtainable on the ground such as the Susurluk affair pointing in the direction of a strong link between Turkey’s underworld and politicians. This unfolded after an undeniable fatal car crash that had bodies of a convicted heroin smuggler, a member of parliament and a police official lying side by side. What a cloud cast on a presidential acclaimed and “determined” national drug control effort?

As the almighty executive president, of course, what else could Erdogan have said? It is the duty of his government to ensure peace, which cannot be attained in the environment of flourishing organized crime organizations – those linked to all kinds of drug deals, in particular. Peace let alone, even the state of democracy, which is a serious stake in Turkey, depends on the drug peril level.

On a mathematical note, the two are inversely proportional. The higher the drug problem grip on Turkey the less breathing space for democracy. And in the worst scenario, if their relationship crosses the border into the Chemistry lab, so to say, democracy and drug problem can repel, leaving room for dictatorship to take the stage. The pertinent  question is, therefore: “With Turkey parliamentary and presidential elections around the corner, to which proportions has the drug problem gripped the country? How much democracy space remains?”

Lest we be caught up in the opinion trap on Peker revelations, the United Nations has made what can be taken as an independent assessment on the world drug market trends for cocaine and amphetamine type of stimulants. The unthinkable thing the UN would do is to harbour ‘political ambitions’ on Turkey. For what?

At the global level, the UN assessment reveals that it has been found out that close to a half million people died from illicit drug use in 2019 and that around 1,400 MT of cocaine intended for around 20 million users were seized by authorities. Latin and Central American countries led the table with 900MT followed by US 300MT, and 100MT in Europe. Colombia accounted for 34%, followed by US 18%, Brazil 7%, Panama 5% and the Netherlands 4%. No wonder global research findings have shown that the world is developing more and more democracy fatigue.

Where does Turkey come in?

The assessment goes on to reveal that the main traffickers are Hezbollah and the increasingly influential Sinaloa cartel both of which typically use routes that lead to final destinations in Turkey and routes that pass through the country to destinations in Europe and elsewhere in the Middle East.

Digging a bit into the country’s drug history, the assessment observes: “It was not until the early 2000s that Turkey seized more than small amounts of cocaine of around several hundred kilograms usually from African couriers who had stashed the drugs in their bodies. Turkey since then has recorded an increasing number of cocaine seizures each year including almost 2MT in 2020.

“According to a 2021 Ministry of Interior report, Turkey conducted more than 4,000 cocaine seizure operations between 2018 and 2020 noting the potential for increased cocaine activity in the country.”

The assessment reveals that the Turkey government response to the drug trafficking activity over the years has varied depending on how close or far away it was from operating as a democratic system of government. “When Turkey was a fledging democracy in the 1980s and 1990s, corruption was an endemic and Turkey’s stance against drug trafficking groups was inconsistent. At times that stance was serious while at other times it was less robust.

“When Turkey started the process of applying to join the European Union in the early 2000s, Turkish officials strengthened the country’s democratic system and focused their efforts on curbing corruption. Turkish police performed superbly as a key player. This period lasted until the early 2010s and was marked by a record number of drug seizures. There was close co-operation between the U.S., EU and Turkish drug enforcement agencies.”

Starting in the early 2010s dramatic change took place, leading to leaning towards authoritarianism and government officials developed a sort of kleptomania. Turkey performance against drug trafficking deteriorated considerably. The country now lacks the capacity to counter drug trafficking. It has instead become a source and destination. It has become a transit and destination for cocaine. It has networked with Mexican cartels.

According to information and expert opinion traceable to U.S.-based Homeland Security, “emerging cocaine trafficking routes between Latin America and the Middle East fuel drug trade expansion.” And “countries typically develop one of (the) three types of relationships with drug trafficking organizations.” These are “collusive, tolerant and confrontational.” Where does the Turkey government stand?

Drug trafficking groups in Turkey have either a collusive or tolerant relationship with the government. Peker’s link to a son of a prime minister to seized 4.9MT of cocaine from Colombia and subsequent moves to realign the network through Venezuela where US enforcement agencies have no authority, “statements from an increased number of police officers, judges, prosecutors and state officials since the early 2010s also indicate that state officials not only have colluded with drug traffickers but also (have) been actively involved in ongoing drug trade activities.

“As a result of the Turkish government tolerant counter-drug policies, Turkish transnational drug trafficking groups have seized the opportunity for further involvement in the trade and the chance to sell and are eager to expand the types of drug they can offer including cocaine, heroin, methamphetamine, Ecstasy and Captagon. Turkish chemists are on record for having being on the payroll of Sinaloa Cartel since the early 2010s.

The amount of seizures and the multiplicity of countries involved, ranging from Latin America (Brazil, Ecuador, Colombia, Venezuela) to Europe, Spain in particular, and the ports of Antwerp (Belgium) Rotterdam (the Netherlands) all stand testimony to the Turkish official links with drug trafficking. The involvement of high level politicians makes matters worse opening room for more state officials to get involved in the drug trade.

The United States 2022 International Narcotics Control Strategy Report has underlined how Turkey officials did not accept invitation to collaborate on the drug-related investigations.  Is this not at variance with President Erdogan’s response to Peker’s revelations? If corruption, which is the biggest factor of flourishing drug, human trafficking and related crimes is sacred to Turkey, what remains of the country’s path to democracy?

According to Transparent International’s Corruption Perception Index, Turkey in 2012 had a score of 49 (on a scale ranging from 0 (very corrupt) to 100 very clean and a rank of 54 (where higher rank means more corruption. By last year (2021) Turkey had a score of 38 and a rank of 96. Figures speak for themselves. Turkey is less clean and more corrupt today than it was in 2012. That is the ticket on which the government of President Erdogan is seeking re-election. And contrary to the president’s words, Turkey, beyond any doubt, is still haunted by the underworld.