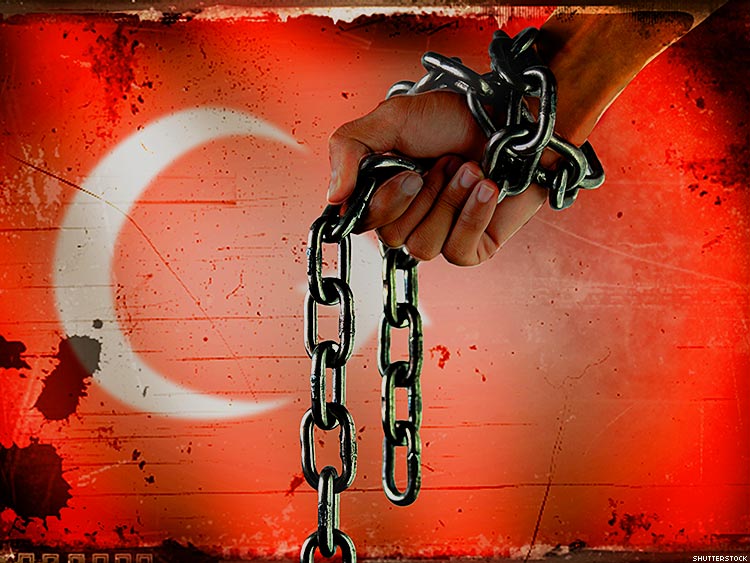 In a typical African environment, it is a common practice to shower praise or cast blame on somebody by using antonym concepts. Thus, in the community that I grew up in Tanzania, a person with squints is referred to as “Ruburulage”—he who has perfect eye focus. The lame is expressed as “Rutambukage”, he who walks majestically. For the best performer, the Swahili Coast culture has a somehow unpalatable praise word of “Mwanaharamu” – the illegitimate child or bastard.

Either way, the message is sent and delivered. The question is: “Could the Turkey’s ruling Justice and Development Party (AKP) government qualify for membership in this African-coined set? Chances are. Why?

To enhance formal and higher education, some schools and universities have been closed, some books set on fire, teachers and professors jailed. The same has applied to doctors in the name of improved healthcare services delivery. That is all in the name of development – one of the AKP’s twin major pillars.

As far as the justice delivery pillar is concerned, ethical judges and prosecutors have been so much of a threat that they have been sacked and or prosecuted instead. Lawyers defending the accused on trumped up charges have risked facing the very charges later.

One is born politically condemned if of Kurdish parents. Being suspected of sharing ideals of the Hizmet Movement is enough proof of one belonging to terrorist categorized Fethullah Gulen Terrorist Organization (FETO) and thus fit for arrest, prosecution and long prison sentences with persecution.

Under the AKP party reins, Turkey has developed into an expert at taking advantage of any well-intentioned global or regional intervention and occasion to serve personal political interests. In the end, the country has turned out to be taking a majestic walk on lame laws, typical of the “Ruburulage” and “Rutambukage” African antonym concept.

In 2019 the United Nations Security Council passed a counterterrorism resolution in response to a recommendation by the Financial Action Task Force (FATF), an intergovernmental money-laundering and terrorism financing watchdog.

Jumping on this good wagon for the world, the AKP very recently drafted a bill for its implementation to comply with the FATF recommendations.  The AKP majority parliament passed the “Law on Preventing Financing of Proliferation of Weapons of Mass Destruction”. The law was passed with a tongue in the cheek. It provides the interior minister with the authority to shut down any group whenever he wants without a chance for appeal.

It subjects non-governmental organizations to Interior Ministry inspections and requests for permission to accept donations – limiting online fundraising. It also allows for the government to appoint trustees to NGO boards and initiate a shutdown of their activities based on inspection reports rather than a court decision. International organizations are also covered by the law.

The Human Rights Watch Europe and Central Asia director, Hugh Williamson charges that provisions of the law “greatly exceeded” the aim of preventing financing of terrorism and weapons proliferation. “The Turkish government’s new law on curbing financing of terrorism, with the new powers it grants the Interior Ministry, conceals within it another purpose: that is to curtail and restrict the legitimate activities of any non-governmental group it doesn’t like.”

Galatasaray University Constitutional Law academic expert Şule Özsoy-Boyunsuz said the law was unconstitutional and had nothing to do with preventing the financing of terrorism or weapons of mass destruction.

“I think that this legislation does not suit the principle of social state… It is nothing other than an attack targeting the freedom of association and raising donations Boyunsuz was quoted as saying by the media.

The parliament amended one of the articles in the draft bill which allowed the government to remove any administrators in a union, association or foundation when an investigation was launched upon suspicion of financing terrorism, manufacturing or trafficking drugs, or laundering money made via criminal activity.

“Additional provisions were added secretly with the ulterior motive of further limiting the freedom of civil society to organize and assemble,” Beyhan said. “Human rights groups are frequently exposed to terrorism accusations (and) this law relies on ambiguous definitions of terrorism to render associations dysfunctional.”

In the form that passed parliament, the government will be able to remove NGO officials from their posts after a court accepts an indictment against them. The oversight rules for NGOs apply to a myriad of civil society groups, from rights advocates to sports associations and religious groups,

“The proposal violates the freedom to assembly, the principles of equality before the law and the presumption of innocence, the freedom to establish associations, and the right to property,” pro-Kurdish left-wing opposition Peoples’ Democratic Party (HDP) deputy Abdullah Koç said in parliament.

CHP deputy Süleyman Bülbül said the bill left out the Financial Action Task Force Recommendation No.12, which includes provisions against persons with political influence. “The FATF recommendation says beneficiaries can be a politician or an institution, and as such, measures should be implemented for their family members and other persons close to them, but the draft bill has nothing of the sort,” Bülbül said.

AKP deputy Sabri Öztürk defended the bill, saying Turkey needs international cooperation to succeed in its fight against the outlawed Kurdistan Workers’ Party (PKK), which has been fighting for Kurdish autonomy for decades, and Fethullahist Terrorist Organisation (FETÖ) – the Turkey tag for the followers of the AKP’s former ally, Fethullah Gülen who Ankara holds responsible for several coup attempts.

Ankara has also taken advantage of United Nations plea to reduce prison population in the wake of COVID 19 to pass a law that makes sure Hizmet Movement followers and PKK members don’t benefit from the enacted Amnesty law further standing testimony to Turkey’s ‘majestic walk’ on lame lawsfor selfish political reasons.Top of Form

What is happening today in Turkey is a big subject for philosophers as it for political scientists.  What has happened before cannot be a consequent of the present.  A crackdown on civil society in Turkey intensified after the 2016 failed coup whose reports have raised more questions than answers to the present day. This means that the cause of the crackdown is older than ‘the coup’. But what is it?

Within a period of two years after ‘the coup’, presidential decrees have seen about1,750 associations and foundations close shop. With the new law, whims of the Interior Minister are final.   Now the minister has authority to shut down any group whenever he wants without a chance for appeal.  So, what remains of civil society in Turkey? What does this law mean? It even puts the life of global associations like the Human Rights Watch at risk!

They knew they could suppress what they wrongly saw (with squints) what has been recorded in history as the Maji Maji (Magic Water) Rebellion while the point at issue on the ground was colonialism.  They could suppress the ‘rebellion’ but not the quest (uprising) for freedom. The same applies for Turkey. Time will tell.