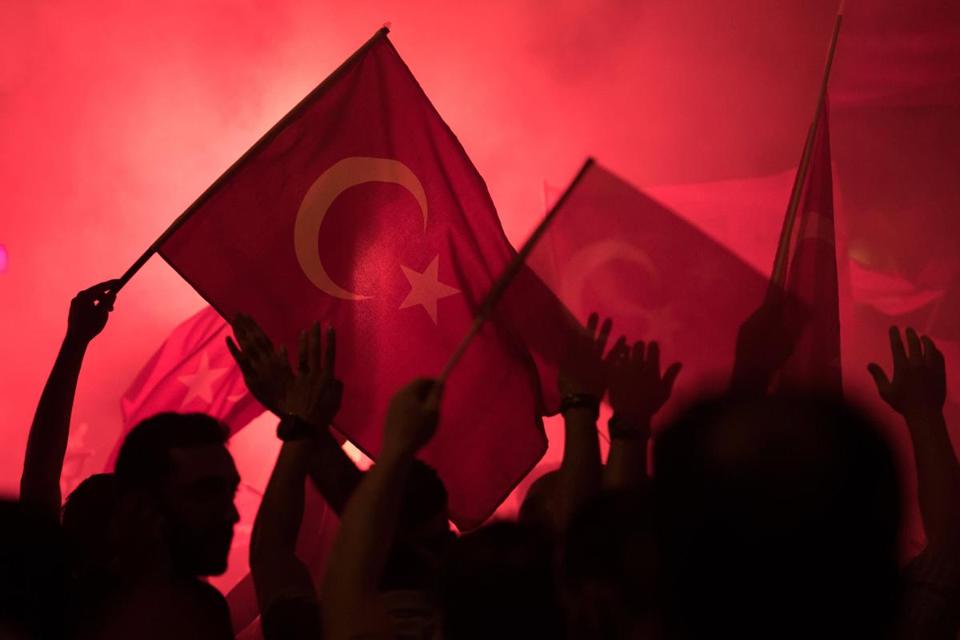 It’s February 15th, 2019; Tuesday for that matter.  I go to an office of one Turkish friend literally living in circumstantially forced exile. As we take a cup of tea, I ask him: “What anniversary do you remember back home in Turkey in February?” He looks at me. He shakes his head.

I go further: “This is towards the end of February. I don’t remember the date.  I want to write something about it.  It has something to do with the army. It has something worth chewing the cud on for the people of Turkey, the Middle East, Russia, European Union, China and the United States.

He scratches his head, searches his memory and says:”Yes. On the 28thof February 1997, the military deposeds a somehow troubled coalition government without using any force. This is recorded in our history as ‘the post-modern coup’. By then, since the Second World War, Turkey had been through three coups practically on one another’s heels in 1960, 1971 and 1980.”

Then I knew my idea had a base; and a strong one. Why? As a republic, Turkey is about 100 years old; a centenarian. It is an 87-year-old member of the League of Nations (UN-today); 67 years a member of NATO and six decades on the European Economic Community (now EU) applications registry. Turkey is the refugee home for the Middle East and post-Cold War former European Communist countries.

Now, paradoxically, this is the same country churning out an assortment of refugees. Very recent researches reveal 40% of its citizens preferring to live somewhere else!  They no longer feel at home in their country. Why? Which way is the country going?

Today, the pillars of democracy in Turkey have been pulled down. Parliament is toothless. The Judiciary is down side up. The media is just about the level of a microphone. Life and individual property are in books. The people have lost all hopes. Seventeen years ago, Erdogan promised to deliver on democratic reforms. He tried to the satisfaction level of many. But what he has laid at the democracy table is the opposite. He has betrayed supporters across the board.

The question is: Why? Indigenous knowledge in Africa has the clue. “What have fallen are breasts”. For breast feeding, the teats are the ones that matter. When the military set in Turkey for the fourth time, the breasts (democracy) had fallen. The order of the day embodying violation of people’s rights, banning of head-scarves in institutions of higher education, oppression of the Kurdish community, banning political Islamist parties, and religious discrimination originated from the barracks.

In a way, the Feb 28 Coup had a hand in Erdogan’s coming to power coupled with widespread poverty among the people. In the course of addressing people’s poverty (setting the teats for milk delivery) Erdogan deviated. To pick a leaf from Said Nursi, being carnal, Erdogan forgot/ignored that: “Moral laws are absolute. They are not relative. Efforts spent on spicing our actions in the interest of our desires points in the wrong direction. That is why, as it is noted, we substitute legal and illegal, right and wrong with attributes. And a state is created along these lines.”

And along the Romans “Natura humana ad mala inclinatur” observation — meaning human nature is inclined to evils—Erdogan and his team and family went in for self-enrichment embracing corrupt practices. It is here that he lost support of God-fearing and non-political power hungry people like Fetullah Gulen. What has transpired in Turkey is cautioned against in the Quran verse which says: “Be not like those who forget God, and He therefore makes them forget their own selves (59:19). This constitutes the third step on the way to helplessness.

This why Turkey democracy is today currently under one man rule under the cover of democracy. What is taking place is not new. It has happened in many countries around the globe. What is required is requisite response to the devastating situation on the ground that should be in people’s minds. Most of the media outlets are ‘Erdoganised’. The remaining ones are just trying to survive under his armpit. Media personnel are languishing in jail without going through the court or work under self-censorship in fear of publish and perish. The majority of media people in world jails are in Turkey.

Today, Turkey has gone through the worst crackdown on press freedom. Almost every international organisation calls the government of Turkey to stop jailing journalists, shutting down radio and TV channels and censoring the internet in an attempt to silence criticism. The alarming rise in state censorship is threatening the future of journalism, particularly political reporting.

The Judiciary and army chiefs are Erdogan picked while thousands have been purged or are languishing in jail. The unlucky big investors have had their wealth ‘nationalised’ while the lucky ones have managed to flee the country with their capital. Education and healthcare facilities which operated under Gulen’s Hizmet Movement have been brought under the government arm. Mothers are giving birth to prison babies. What harm are they causing to the democracy process?

To provide a way out of this quagmire the people must identify their real enemy. They must not rely on the government, whose stand cannot deliver. There have to be somebody to take the courage and present the correct picture.  In the Turkey circumstances, an observation once made by the Archbishop of San Francisco, the Most Reverend Salvatore Cordileone, comes to the fore. Namely that: “Few people are willing to suffer targeting and deprivation of freedom for the sake of justice.”

Turkey needs more of the Gulen and Saidi Nursi type of people and institutions. It is in this respect that results of the extensive Center of Turkish Studies (CTRS) of Kadir Has University  research about the country’s internal and external issues released to the media at the end of January, this year, should be given as much publicity as possible.

This report, whose research has been conducted over ten years, among other things, ascertains that the three problem areas of the Turkish people comprise unemployment, cost of living and terror. And that according to the figures, the most alarming issue is unemployment not terrorism.

Respondents who put the unemployment on the top of the list increased up to 27.7 percent while it was 17 percent in 2017, followed by living expenses up to 17.8 percent while it was recorded as 13.2 percent in 2017. The decline is seen from the perception of Gulen Movement as a threat, it was high in 2016 but is radically down to percent 16 in 2018.

What this illustrates is that what the Turkish people are told that their problem is the terrorism activities of Fetullah Terrorist Organisation (FETO) is not true. Very recent findings also prove that a report about the July 15th failed coup attempt were actually ‘cooked’ three hours before the incident. What could be true is the Erdogan Terrorist Organisation (ETO) which is detaining innocent investors, doctors, engineers, educationists and scaring foreign direct investment (FDI) inflows in Turkey. The result of which is translated into unemployment and high cost of living.

On the other side of the coin, 48.9 percent population want to see Turkey to improve negotiations with European Union by 5 point increased in 2018, looking into previous year’s data, the support for EU is going upward, 71.4 percent in 2014, 65.1 percent in 2015, On the presidency system, 41.4 percent finds it successful, 46.7 percent good while 30.2% find it unsuccessful. Those who prefer alternatives to the present system are 58.5%.

On the most and least trusted institutions as well, except Gendarmerie (military police) all institutions received least trust fall down to 55 percent, one of the least trust was the office of the presidency dropping to 44,1% from 56.6 in 2017. Trust to military is also shown decline from 60 in 2017 to 51.2 in 2018.

The least trust institution is media as it has been in previous years. Only 31 percent believe that Turkish media is trusted.

In a homelike situation, Turkey during the last quarter of last year, plucked courage to become a leading voice in support of China’s Muslims issuing a statement calling out the government’s brazen oppression of a cultural and religious minority seen as disloyal to the Chinese Communist Party.

“It is no longer a secret that more than one million Uighur Turks incurring arbitrary arrests are subjected to torture and political brainwashing in internment camps and prisons,” said a spokesperson of Turkey’s Ministry of Foreign Affairs. “The reintroduction of internment camps in the twenty-first century and the policy of systematic assimilation against the Uighur Turks carried out by the authorities of China is a great shame for humanity.”

In total confirmation of what is seen in Africa as a case of a baboon failing to appreciate its own body flaws, Ankara forgot it also needs to address its own serious rights violations, including media censorship, mass repression and jailing of government critics, through misuse of terrorism laws.

All said, the point at issue in Turkey today is state violence.