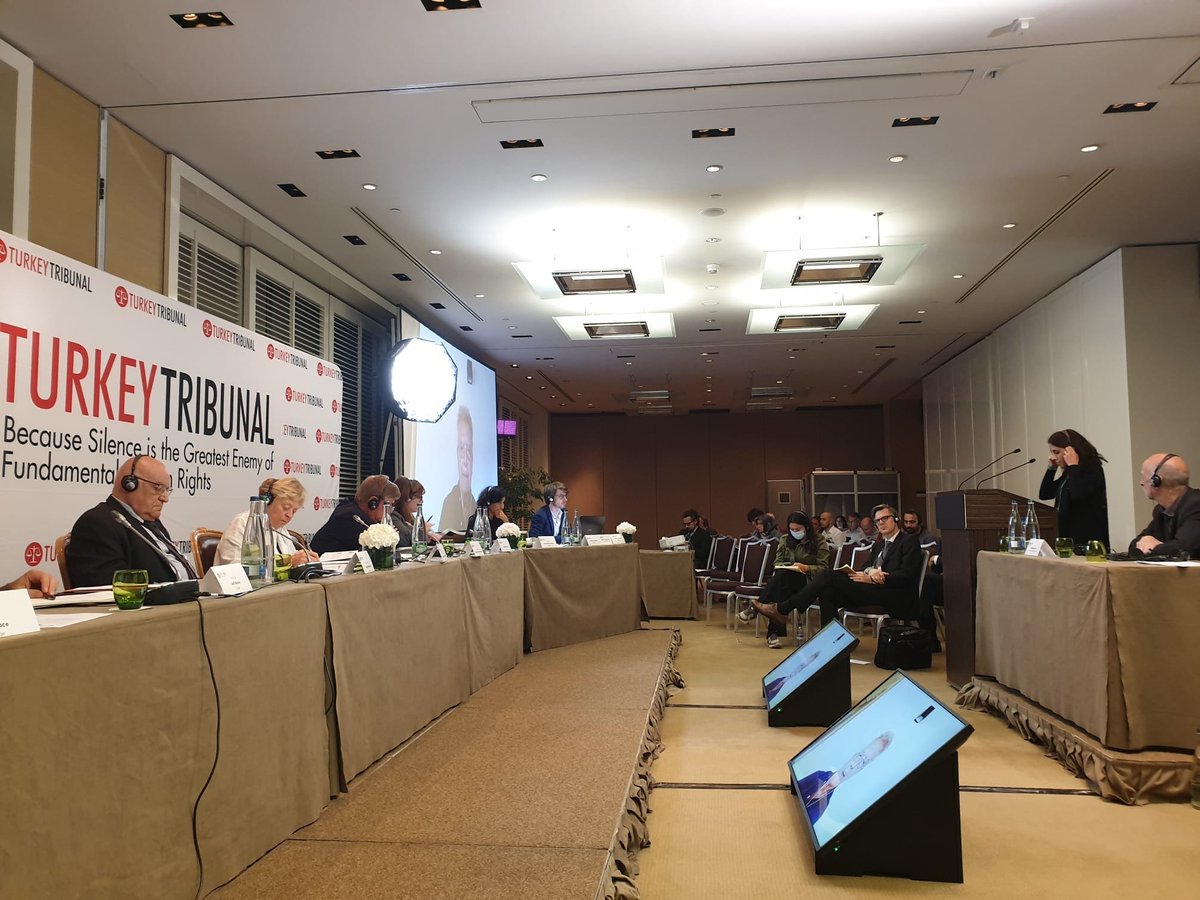 As the Turkey Tribunal proceedings progress in Geneva the focus of the court moved to examining the evidence of the Turkish state abducting its’ citizens both in Turkey and abroad with no due process or legal framework and with virtual impunity.

Presenting his extensive report, ‘Abductions in Turkey Today’, Belgian human rights lawyer Johan Heymans detailed the blatant abduction cases of Turkish citizens and its escalation since 2016. Heymans highlighted that this illegal abduction was so normalized that the Turkish authorities had created a special branch of MIT (Turkish security services) in 2017 named the Office for human abduction.

Heymans identified a pattern of systematically targeting all those who was perceived to be not aligned with President Erdogan and his party. Those people in Turkey who suffered enforced disappearances often turned up months later in police custody cells or directly in prisons. Some States enabled Turkish citizens to be illegally returned to Turkey while others, such as Switzerland, actively used their security services to prevent such illegal activity happening on their soil.

This activity of illegal international abduction came to the attention of the United Nations Working Group on enforced or involuntary disappearances, including three special rapporteurs, who wrote an open letter to Turkey, asking them to stop colluding with different states with secret agreements in order to illegally bring back Turkish citizens.

Johan Heymans is a renowned lawyer at the Van Steenbrugge law firm in Belgium and is also a member of the New York Bar Association, so he is well versed in cross examination however the Turkey Tribunal judges spent considerable time interrogating his findings to ensure all avenues of verification and legal process had been adhered to in the production if his report.  Speaking after his presentation of his findings to the Tribunal judges, Heymans explained:

“After all these years of hard work, I am very grateful for these critical questions because they also allow me to elaborate on the patterns that exist between these different abductions. In particular, the fact that these abductions are really part of a court or state policy to eliminate any kind of political or different or critical voice or towards the current government.”

Heymans summed up the feeling of many of the participants in the Tribunal when he reflected,

“today I finally have the opportunity to give a voice to all these human rights victims, who were abducted and have never had a chance to speak up about what happened to them. That makes it all worth it.”

The Tribunal then heard from victims of abduction who have been brave enough to speak up about what they suffered. Mustafa Özben was an academic working at Özal University when he was abducted on the street in broad daylight.

“I told my wife that I would be back in 35 minutes after I left the house. I was [taken] and was not able to return home after 92 days. During those 92 days, I was kept in a dark cell barefooted at 6 feet by 9 feet.”

He exemplified the thousands of ordinary working citizens that have been abducted by the state simply because their institution was deemed to be aligned with those in opposition to the Erdogan government. Mr Özben spoke of the coercion tactics used to try and make him an informant under laced with the threat of torture.

Another witness, Gökhan Güneş asked his lawyer to speak on his behalf as he is still traumatized from his abduction. Güneş is from an Alevi family who has been part of a trade union where he participated in press conferences and demonstrations. His lawyer endorsed the report findings noting that, “The policy of unregistered detention and enforced disappearance is widespread in Turkey. It is used in the oppression against those who fight for rights and freedom in Turkey”.

Heymans’ report identified 68 verified cases of international adductions by the Turkish state. However he pointed out that as far up as President Erdogan’s office itself has announced publically they have abducted more than a hundred Turkish citizens from overseas. Heymans raised the important issue that as Turkey “is a very prominent player in the dangerous field of abductions and it is giving [the impression] to a lot of other countries that they are indeed entitled to do this kind of action. I’m a lawyer, I look at the law and the law does not allow for these kinds of international abductions.”

Meral and Mesut Kaçmaz gave the court their experience as victims of international abductions to highlight the lengths the Turkish government will go to brand anyone they distrust as “a terrorist”.

“A police officer in Pakistan once said: ‘Sir, Sorry. We don’t have anything against you. We have followed you almost for six months to find any crime. Because the Turkish Government alleged that you are the head of a terror organization, and you have deep power here, that is why we have observed you for six months to find any proof against you, but we couldn’t find it. That is why the Turkish government ordered us to kidnap you, like that.’

Meral and Mesut Kaçmaz spoke of their arrival into Turkey,

“ we landed in a civil airport and we have been questioned about our passports. We did not have them because we have been kidnapped, we were in our pajamas.”

Haymans concluded saying “I’m particularly looking forwards to the legal opinion, because I hope it will build bridges between the different victims of these horrendous human rights violations, and then it will allow, also in other international institutions and courts to take inspiration from this opinion, to also make sure that Turkey complies with its human rights obligations.”