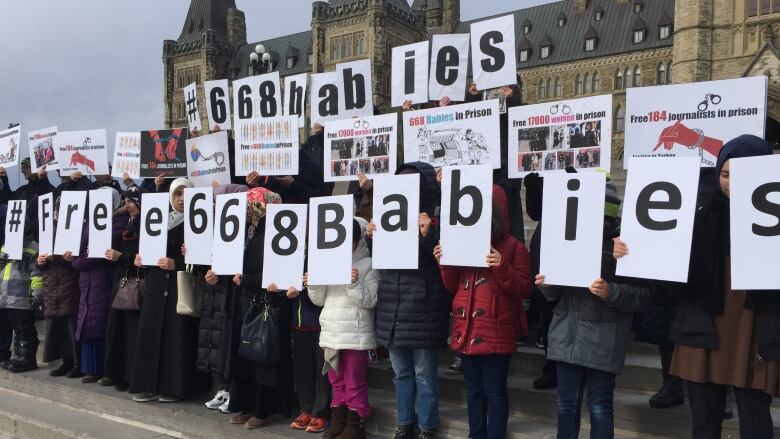 Through this very Politurco platform, I visualized Turkey’s 2020 as “terribilis et horribilis anno” ––terrible for those who faced the blunt of Erdogan, Justice and Development (AKP) Party and ally rule on the ground, and horrible for those who observed it from the exterior.  I also said one prayer to welcome 2021 for Turkey to abandon cross border human kidnappings and repressions on those deemed dissidents or holding different opinion.

My prayer was not granted. God knows better. The year 2021 has, instead, seen Turkey jump from one episode to another – from a frying pan into the fire — to the extent of the country heading towards the CHAOS ARENA as people protested against violation of human rights, a dysfunctional justice system, falling academic freedom, and malfunctioning economy and finally enter in long winter queues for the cheapest bread – the last bond for any worthy power on earth.

Exit 2020; Enter 2021; Turkey woke up on the wrong side of the bed. Erdogan enters a no-go area. On 2-January, he appoints loyal Melih Bulu rector of Bogazici University, one of Turkey’s top academic institutions of higher education.  Two days later, demonstrations begin spilling over to eight other institutions going on up to July 15 when Erdogan bowed down removing him. Could the date play Erdogan’s magic? Remember the 2016 coup date?

Facts around the six-month-chaos are that Bulu was the first rector chosen outside the Bogazici University since the 1980 coup, replacing an academician.  He was snubbed as “…not our rector…” and his appointment taken as “violation of academic freedom and scientific autonomy as well as democratic values” of the University. Clashes developed between students and the police. Protests continued at the rector’s office, spilling over the campus to other universities in the country and abroad. Within one month about 160 students had been arrested.

President Erdogan condemned protestors as “terrorists” ringing in LGBT overtones and warning participators who now also included the general public against the possibility of being “caught up in anarchist ‘projects’ … and conspiracy that needs to be crushed…” The game now changed. As we say in Africa, feud between children grows into parents’ conflict. The opposition filed a complaint against the president, more than 70 teachers filed a lawsuit to unseat Bulu, who was removed by another presidential decree. Why had all this chaos to take place? Why was the appointment made in the first place?

Three months to the end of 2020, the Advocates of Silenced Turkey (AST) issued an extensive 152-page report titled “Erdogan’s Long Arms: Abductions in Turkey and Abroad” on abductions conducted brutally by Turkish authorities, detailing 135 cases. To welcome 2021, Turkey was still busy in the act with no sign of abating. It’s abductions inside Turkey and abroad. Contrary to a law prohibition, policemen (not women) have stood guard in hospital labour wards waiting to send mothers back to prison together with their newborns as soon as it is possible after delivery.

It doesn’t matter. Even if you are not a criminal, you still risk arrest, trial and facing the consequences, including torture. Extraditions abound in many outside countries, even if they mean going against INTERPOL rules.  This explains various big costs Turkey   had to undergo to host the 89th General Assembly of INTERPOL contrary to the consciences of many, being the sole candidate notwithstanding.  Paradoxically, here was Lucifer sponsoring the highest sitting of archangels and the rest of the angels were expected to feel happy with and satisfied about the occasion. The crux of the matter, however, was that contestants for top INTERPOL positions were global suspects!  And they made it with Turkey playing in the background. What a chaos!

The family, as we all know and appreciate, is the nucleus of a community, society, nation and all nations of the world constituting the United Nations. Stories emanating from Turkey during 2021 have been disquieting. Disastrous.  I would rather give you the latest.  Two days to Christmas, December 22, 2021, a newspaper headline reads: “2.5-year-old child accompanies mother in Turkish prison after both parents arrested.”

The representative story reads: “Another child has joined a parent in a Turkish prison, as two-and-a-half-year-old İhsan Arif Cesur was forced to accompany his mother, Melek Cesur, in a prison in western Edirne province after his father was arrested the same day.   İhsan Arif is currently in a quarantine ward with his mother. His mother is reportedly distressed as quarantine cells in Turkish prisons are notorious for their poor conditions and overcrowding.

“Melek Cesur was arrested with her husband, Yunus Cesur, on Sunday after being handed six-year, three-month prison sentences for affiliation with the Gülen movement. While Melek Cesur’s case is pending a decision from the Supreme Court of Appeals, Yunus Cesur’s sentence was upheld by the appeals court.

“Ömer Faruk Gergerlioğlu, a human rights activist and deputy from the Peoples’ Democratic Party (HDP), criticized the couple’s arrest on Twitter, saying Turkish prisons were already full of babies.  Erdoğan has   intensified the crackdown on the movement resulting in an increase of young children accompanying their mothers in prison. As of October 2021, there were a total of 345 children under the age of 6 accompanying their mothers in Turkish prisons. The children were kept in unsuitable conditions as they were not well fed and did not receive sufficient medical care.”

Husseyin Kucukbalaban, the coordinator of Turkey’s Human Rights Association, says “it’s unfair that children are punished for the crimes of their convicted mothers.” DW quoted Saban Yilmaz, head of the parliamentary human rights commission, as saying “today, at least 743 children below the age of 6 live behind bars in Turkey. About half have not even reached the age of three…” Turkish authorities have no sympathy…even for day-olds. They have to go to prison with their mothers.

This is not all there is to add up to the sum total of 2021 chaos year for Turkey. If coincidences mean anything, what impression does a report from the We Will Stop Femicide Platform make on you? A total of “345 women (equivalent to the number of children imprisoned with their mothers) have been killed since the start of 2021… In October alone, 18 women were killed by men, while 19 others were found dead under questionable circumstances.”

Turkey’s Interior Minister acknowledged his own ministry’s figures of femicides in the country showed this year was on track to exceed last year – with 251 women killed by November 15, compared to 268 in 2020 – but the government was working to bring the number down. The writing is on the wall. The public opinion is clear.

Towards the end of November, Turkish police fired tear gas and rubber bullets to push back thousands of people, many of them women (including mothers), who took to the streets of Istanbul to mark the International Day for the Elimination of Violence against Women. Protests formed part of nationwide mobilization and calls upon Turkey to be part of the Istanbul Convention of 2011 signed by 45 other world countries.

Turkey ends 2021 with blurred vision of what the family takes for creation of a strong community, society and nation. It’s still OK if mother and child live in prison, fathers can go to jail on flimsy charges, never to see members of their families again, and even if children witness their mothers being strip searched. It’s their business if they feel traumatized. 2021 has been a year of government-born, bred and fueled grassroots chaos in Turkey.