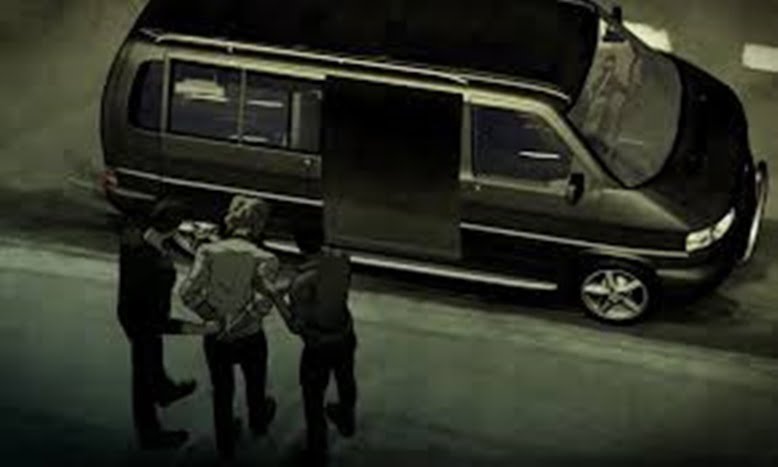 Turkey turned into a country we no longer know. Unconstitutional and unlawful things used to happen in Turkey, but they skyrocketed with the Erdogan regime, and people have no security in Turkey anymore. I used to read the news about Mexico City about how it was dangerous, and people were abducted from their neighborhoods and never returned. Now, Ankara is new Mexico, and people are being abducted in the daylight, and no one cares about it at the governmental level.

I will say the last thing here first, opposition parties, local human rights institutions, and other civic engagement organizations are deaf and blind about all those injustices and abductions, just because of these people’s affiliations with the Gulen Movement. This heedlessness of important elements and mechanisms of the state also put the lives of millions of people in great danger.

Since the failed bloody coup, many people went missing, and the police department does nothing to find these people. Human Rights Watch published an investigative report analyzing these abductions and disappearances, and it is reported that “at least two dozen people over the past three years whose families, or in a few cases the individuals themselves, have said they have been abducted and forcibly disappeared by government agents for many months” and added “HRW has examined 16 such cases since 2017”.

What is it happening in Turkey, and why the government turned into a draconian face against its citizens? When we read about disappearances in Mexico, it is commonly believed and reported that there are gangster groups behind all these disappearances but not Mexico’s government. In the Turkish version of it, the government agencies are openly abducting people and causing them disappear, as it is clearly stated in the report of HRW. It clearly shows how Turkish state has been transformed into a mafia regime by Erdogan.

Disappearances and abductions became shocking facts of today’s Turkey, and Erdogan uses them to silence the dissent. Erdogan’s party came to power with the promises of democracy, justice, and development but turned into a dictatorial regime, and it means more like the reason for injustices, corruption, and poverty happening in Turkey.

And, the spectrum of disappearances is not just limited to the incidents in Turkey. Wherever Erdogan’s long arms could reach, he poses the same threat for the opponents. According to the Foreign Minister of Turkey, they have abducted over 100 Gulenists from many countries worldwide.

Erdogan’s regime has been doing these illegal cross-border operations since 2016 at the expense of antagonizing the international community, especially the UN organs. While Erdogan uses the Interior Minister, Suleyman Soylu, for the abductions and disappearances inside Turkey, he uses the Foreign Minister, Mevlut Cavusoglu, abroad. The Turkish National Intelligence Organization, MIT, is at the intersection of all operations inside Turkey and abroad.

When I was working as an educator in Pakistan, my colleague Mesut Kacmaz, his wife and their two teenaged daughters were abducted at midnight from their Lahore home forcefully and were illegally ‘extradited’ to Turkey. I know the entire story about this family; they did nothing wrong but proudly served their nation’s interest by representing its culture and language in Pakistan for years. More importantly, they spoke and practiced the unifying tongue of education that transcends all borders. Yet, they were forced to pay the price for it. Why? Because they did not want to politicize themselves and so they kept themselves away from Erdogan’s dirty politics. Their years of dedication and apolitical stance were ‘awarded’ by abduction and being sent behind the bars for months. The MIT played a crucial role in the Kacmaz Family’s abduction, but when the chronicle of events is studied, it obviously shows that the Deputy Foreign Minister Yavuz Selim Kiran, Foreign Minister Cavusoglu, and the then-Turkish Ambassador to Pakistan Sadik Babur Girgin were the main figures who prepared the political ground for the international abduction operation.

How dark a chain of illegitimate operations that high-ups of a state involve and use local law enforcement agencies for these operations. The criminal is the Erdogan regime, but the civilians pay the price.

According to Amnesty International, Hüseyin Galip Küçüközyiğit, a former legal advisor at the Prime Ministry who was dismissed following the 2016 coup attempt, has been missing since December 29 2020. His family suspect him to have been abducted and subjected to enforced disappearance and all their efforts to locate him since have been in vain. A legal advisor at the Prime Ministry was kidnapped in daylight by force, and the government takes no action, rejects all the applications of Küçüközyiğit’s family to locate his whereabouts.

It is unfortunate for Turkey for sliding towards a bleak future in black vans that pack and abduct people in daylight by force. Whatever future the Erdogan regime sees and expects from these illegal abductions, I do not know, but what I see from the place where I stand is that Turkey’s future is darkening every passing day by the despotic practices of Erdogan regime.