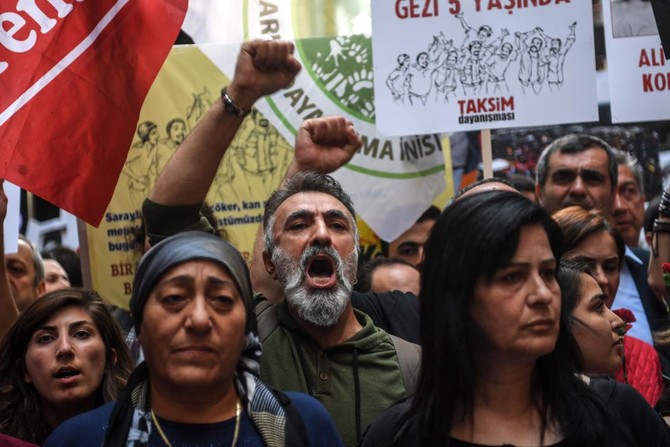 We’re in the new-year 2021 festive mood. Lots of the season’s greetings. Four well wishers ask me to write something about the year 2020. To them I return an appreciation with a supplementary symposium question on the scope. First response is on Turkey. It is from a Politurco subscriber.

The problem is this makes sense only within the corridors of the Vatican, which is not my target audience. I have to think in Latin and present the ideas in English. Those who have had access to literature in Latin will enjoy it better. There we go.

From the angle of the Turkish people living inside and outside their country, experiences which they have had to go through during the year have been terrible. Terrible, because they are the ones who know where the shoe pinches. It is their experience. You cannot experience something on behalf of another person.

For the rest of the world, what has been happening on the ground in Turkey – sometimes crossing borders—is horrible for a country that has lost direction as leaders develop stone hearts and their consciences dip to the lowest ebb.

This rings to memory Said Nursi’s complex views on human conscience which he believes “is a kind of metaphysical entity or spiritual faculty inherent in every human being…”   Said Nursi came up with Nine Rules of Conduct among believers in the same community.

To him, these rules were to do away with rivalry and jealousy he identified among his students. Many thinkers have written about this aspect. One of them, Father Thomas Michel, in his analytical book about Said Nursi’s Risale-I Nur, rightly observes: “Nursi’s point is that differing points of view need not cause division, factions and enmity within the community.” This point is definitely also very relevant to a nation, which is the sum total or the collection of communities within a same geographical area.

My Kihaya mother tongue observes: “Tabayo kaimile mwana” – meaning nowhere is a child’s right compromised. In principle, it is said today’s children constitute tomorrow’s nation. And in good family upbringing practices, it is held that the value of a parent is not the type of car he/she drives or the number of floors of his/her residence. It is the sort of family that he/she has raised – the status, welfare of the children in other words.

This is equally very relevant to governments. Downloaded on Turkey, the country’s 2020 lead status assessment does not, therefore, lie in the acquisition of sophisticated Russian-made S-400 missiles or construction of canals. It is in the status of Turkish children, the likes of eight or nine-year-old Ahmet, who was let by his government to die of cancer by being denied a chance to access a free treatment offer in Germany.

Little Ahmet died demanding from the Turkish government to have a glimpse of his father who was in jail for no apparent reason other than being suspected of being a follower of Fethullah Gulen and, therefore, a member of a terrorist group and a perceived criminal.

How much unnecessary pain was inflicted on him, his mother, father, near relatives, neighbours and all people of good will within Turkey and abroad? That was not only cruel but insensitivity not expected of any government that is responsible and sympathetic to the welfare and needs of its people.

In the year 2020, Turkey had children languishing in jails alongside their mothers for ‘sins’ they neither know nor can commit. There are Turkish children living in exile and being denied the chance to breathe their nation’s air and live with their relatives at the pleasure of those in power today.

For the daughters, mothers, grandmothers and wives in all walks of life in Turkey, 2020 has been the year of shameful strip-searches. Policemen have stood guard in labour wards waiting for pregnant women to give birth and take them back to prison with an extra inmate.

The Voice of Germany (DW) could not have been far off in summarizing 2020 in Turkey as “another year of unfair trials, lengthy detentions, mistreatment in prisons and allegations of torture… involving journalists, opposition politicians, activists and human rights defenders deemed political opponents.” It is the year “authorities continued to detain and convict without compelling evidence of criminal activity.”

The Ahmet strip-searches and the COVID-19 pandemic that persisted in 2020 apart, Turkey jails still held renowned philanthropist and businessman, Osman Kavala, without being convicted of a crime. Kavala was acquitted and released earlier in the year, only to be arrested on a separate charge shortly after.

During the year the Turkish government intensified crackdown on members of pro-Kurdish People’s Democracy Party (HDP), whereby more than 1,000 members and administrators were detained and more than 170 of them arrested. This brought the number of HDP-related detainees to 20,000 against 10,000 arrests.

Selahattin Demirtaş, former co-chair of the pro-Kurdish Peoples’ Democratic Party (HDP), remained in prison despite a very recent repeated call of the European Court of Human Rights on Turkey to release him immediately. The court first made a ruling for his release in November 2018.

Another prominent Kurdish politician, Leyla Guven, was handed a jail sentence of 22 years and three months during the year after the AKP-majority parliament lifted his immunity.

Three Turkish citizens on hunger strike in demand for a fair trial died. They are Mustafa Koçak, who was serving a life sentence ‘for attempting to overthrow the constitutional order’. He died on April 24 after 297 days.  Helin Bölek, member of left-wing music band, Grup Yorum, died after 288 days on April 3, while guitarist İbrahim Gökçek died on May 7 after 323 days.

Turkey continued to prosecute people accused of involvement in the failed 2016 coup, with 92 defendants including military cadets and former high-ranking army officials sentenced to life in jail. Media reports revealed “life sentences without parole being given to 12 defendants, including some department heads of the land forces”. The new sentences came on the heels of another trial of alleged coup plotters in November, with more than 300 military personnel receiving life sentences.

About 300,000 people have so far been detained in relation to the coup attempt while courts have handed out more than 2,500 life sentences and according to Turkey’s defence ministry figures, over 20,000 people have been expelled from the military.

During the year, there was something we can categorize as a triple tragedy revolving on the media, justice and people’s safety aspects.  Four journalists — Adnan Bilen and Cemil Uğur from the Mesopotamia Agency and Şehriban Abi and Nazan Sala of Jinnews — were arrested in October. This was after they landed on and exposed a story about two villagers, who were thrown out of a military helicopter after being detained during a Turkish soldiers operation in Van Province.

The court sentenced exiled Turkish journalist Can Dündar to more than 18 years in prison ‘for securing confidential information for espionage’ and more than eight years ‘for aiding a terrorist group’.

Although the Turkey government runs on a policy of zero tolerance to torture, in practice, the year has seen the opposite happen as complaints against torture and other forms of ill- treatment became common place.

Otherwise, how does one explain a call by the Amnesty International on Turkish Justice Minister Abdulhamit Gül to open an investigation into the abuse of prisoners in the country’s southeastern Kurdish majority Diyarbakir Province?

Exit the year 2020 and enter 2021, the story on the ground in Turkey still reads more of division, factions and enmity within the nation going beyond explainable levels. But even if Said Nursi were to come back today, he would not be very surprised. Leaders of Turkey today are treating people with a similar life stance like those of his time.

Dialogue, as a pre-requisite for peace in society is yet to dawn on Turkey. The best I could wish the people of Turkey in the New Year is a message I received from a friend living in the US. “May the tears you cried in 2020 water the seeds (of dialogue) you plant in 2021”.

Share
Facebook
Twitter
Pinterest
Linkedin
ReddIt
WhatsApp
Flip
Previous article
Turkey taking ‘majestic walk’ on lame laws
Next article
 On socio-cartographing the self in an age of hegemony in transition: Reflections on the thoughts of Robert Kegan, Lorenzo Simpson, and Frederic Jameson*