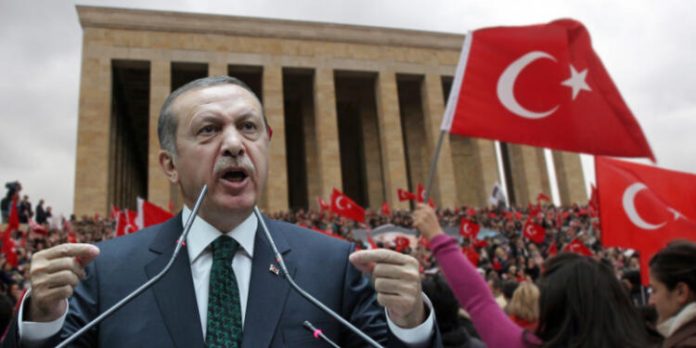 From a simple and rudimental arithmetic perception, gone is the 2022 even year. But, looked at from the Turkey perspective, it was very much like a story of the Titanic, the year of many odds as the country hit multi-facetted icebergs on its turbulent democracy cruise towards the forthcoming parliamentary and presidential polls under the captainship of the Erdogan regime and ally and with the ruling Justice and Development Party (AKP) figuratively occupying the crow’s nest.

From the word “Go”, whether one likes it or not, one would have to be a stranger in the world to skip the sad situation global citizens found themselves in after Russian Federation Vladimir Putin decided to invade Ukraine about a year ago. Putin reasons, or call them lame excuses if you like, aside, the part played by Turkish President Recep Tayyip Erdogan to the present day is not something one can safely sweep under the carpet and still claim to have said anything about Turkey of the year 2022.

Here was president Erdogan, Putin’s comrade-in-arms, supplying the Republic of Ukraine with drones and offering to stand in between in search of peace. And all along, Erdogan has closed eyes to the drones’ issue and embraced every prospect of painting himself as the pioneer of peace. In the process, he jumped on the UN-brokered terms to secure the re-reopening of the Black Sea grain corridor. And for this, the speaker of the Grand National Assembly in Turkey found it proper to nominate Erdogan for the Nobel Peace Prize — something that in some quarters has been seen as equivalent to nominating Lucifer for sainthood.

Besides what has now turned into a Russo-Ukraine war with spillovers on the whole world, the year 2022 in Turkey cannot be visualized in the absence of Erdogan. It is here that one would tend to agree with the Delegation of the European Union to Turkey when it says in a short and precise sentence that “there are serious deficiencies in the functioning of Turkey’s democratic institutions.”

Such an assessment which adds that in actual fact “democratic backsliding continued while structural deficiencies in the presidential system remained in place” does not sound well for a country just on the threshold of holding elections. What are the chances of such polls being fair? Very limited, if not there. Why?

According to the report, the parliament has continued to lack the necessary means to hold the government accountable. The constitutional architecture continued to centralize powers at the level of the presidency without ensuring the sound and effective separation of powers between the executive, legislative and the judiciary. The judiciary has continued to systematically target members of the opposition parties in parliament linking them to terrorism offences.

The state of security has remained precarious under circumstances in which government security forces launch cross border raids into Iraq and Syria, trampling on the rule of law, human rights and fundamental freedoms. In Turkey, “overall, corruption is widespread and remains an issue of concern,” making it difficult to address other issues like money laundering and terrorist financing. The country has literally drifted away from set and agreed upon human rights standards.

When it comes to foreign policy, Erdogan’s Turkey is a lone traveler. It reminds me of an indigenous African saying “Ngono ekagenda yonka; yahaba.”  Translated: “The River Ngono traveled alone and, in the process, got lost.”   Could this be the case of Erdogan?

Over his continued military action in Syria and Iraq he has differed with the EU’s common foreign and security policy. Via military support to Libya and even deploying foreign troops on the ground, he has somehow sabotaged UN arms embargo. The same applies to condemning Russia on invading Ukraine but declining to support sanctions and instead signing a Memorandum of Understanding for widening economic and trade relations with the invader.

Despite Turkish government claims that the number of women killed in the country is trending downward, research has revealed that until the last week of November, 2022, at least 296 women had been murdered by men. Sixteen women were killed in November alone. The report said a total of 715 women were victims of domestic violence and 17 female refugees who had fled to Turkey were murdered.

President Erdogan sparked outrage in the country and international community after he issued a decree in March 2021 that pulled Turkey out of an international treaty that requires governments to adopt legislation prosecuting perpetrators of domestic violence and similar abuse as well as marital rape and female genital mutilation.  Critics blame this situation on the ruling AKP party government which they claim protects violent and abusive men by granting them impunity.

The year 2022 was one of a ‘hot economy’ for Turkey as the lira exchange rate to the dollar jumped from eight in September 2021 to nearly 19 in December, 2022. This fueled record-breaking inflation assuming the level of being among the highest in Europe.

The Turkish Statistical Institute reported that inflation hit a 25-year high of 85.5% in October, though many have claimed the real rate was likely even higher. Independent analysts at ENAGroup estimated that the annual consumer price index (CPI) inflation was in fact 176.0%, hiking costs of production and depleting people’s pockets, besides opening flood gates for brain drain, which is not good for any country’s economy.

The worse side of it is that Erdogan has had a hand in the crisis through acting as the finance and planning minister and central bank governor himself, repeating the Africa indigenous knowledge phenomenon of the ‘going it alone Ngono River’ that lost its course.

This must have a definite impact on an incumbent president seeking reelection because it creates a turbulent polling environment. This could explain why Erdogan has taken steps to, among others, raise minimum wage by 50%. But it remains to be seen what effect this can have in the circumstance of more than 80% official inflation level.

Little by little, Turkey has lived the Titanic experience. It now looks like polls are what can tell what the people want.  But it’s here that I remember former US President Barak Obama words when he said: “So we have to stop pretending that countries that just hold an election where sometimes the winner somehow magically gets 90% of the vote because all the opposition is locked up or can’t get on TV is a democracy.

“Democracy depends on strong institutions and is all about minority rights and checks and balances and freedom of speech and freedom of expression and a free press and a right to protest and petition the government and an independent judiciary and everybody having to follow the law.”

All these are lacking in the post-2022 Erdogan’s Turkey. So, where does the country stand? That is the question.