I was driving to work, a close friend of mine called me. “Did you see his wife’s tweets? Fatih’s health condition has become heavier in prison and they don’t take him to a doctor. Ms. Esra, his wife, desperately tries to make her voice heard. “

I started thinking quickly. I was not aware of his new situation.

Fatih Terzioğlu, a director friend of mine who I remember with his smiling face and who we work at the same institution, was in prison and was also ill. While we were dealing with our own troubles in exile, we could not bestow hand to those we knew as our brothers and sisters.

It’s like we’re experiencing the doomsday. It is like we are in the judgement day. It is impossible to describe our pains and sorrow.

Fatih Terzioğlu was a young artist who was keen on movies, television series, sets, cameras, music and light. He was extremely talented and hardworking.

His life crossed with Samanyolu TV at the end of his graduation like me and many other colleagues. He stepped through the door of the sector he dreamed of. His first job was as the 4th assistant in one of the TV series.

In time, he was promoted as assistant director and then second director. He was so attached to his job. Fatih was the smiling face of our crew, making everyone in the team feel better and more comfortable.

He was very successful in his job and very happy in his marriage, until Turkey entered this dark tunnel.

In 2005, our TV station that we were working with Fatih together was closed by Erdogan Government. Some of us were arrested in Turkey, some of us fled. Rest of us blacklisted and no one hired them in Turkey.

Fatih was desperate, too.  Since there was no place to practice his profession, he opened a small Gyro place with a few friends. He was dreaming to make new movies or series in the future.

And one they, the cops of Erdogan regime, who arrested thousands of housewives, pregnant women, scholars, journalists, businessmen, judges, prosecutors knocked Fatih’s door.

He was arrested because of a prayer shared in his WhatsApp account.

Neither he nor his wife could tell anyone about his problem, his innocence. He already had an intrinsic psychology. His body could not tolerate it. At the beginning of the summer, he was unable to eat or drink and began to vomit constantly. He was dying. “She was holding her head with her hand when I visited in prison,” says his wife.

Ms. Terzioglu’s social media struggles made them leave him just before he died.

Fatih was born in 1980 in Istanbul. He lost his parents at an early age. He spent the first years of his life in dormitories and colleges.

He graduated from Niğde University Radio and Television Department.

He started working at Samanyolu TV in 2003. In 2004, he started to take part in dramas with the TV series. He worked as the deputy director of the most well-known TV series of the Channel.

He has two beautiful children. Büşra is 11 and Ertuğrul is 5 years old.

We did not know that Fatih was in prison, assuming that he was still smiling.

This cruel regime in Turkey, which is an enemy of every beautiful things, was also killing the smile of Fatih.

Our hope remains for the future, where we will meet your smiling face, Fatih.

Metin Yikar is a Turkish journalist in exile. He was the editor-in-chief of Turkish Samanyolu News Channel which was seized by Erdogan Government in 2015. 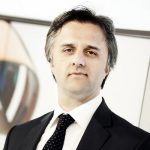