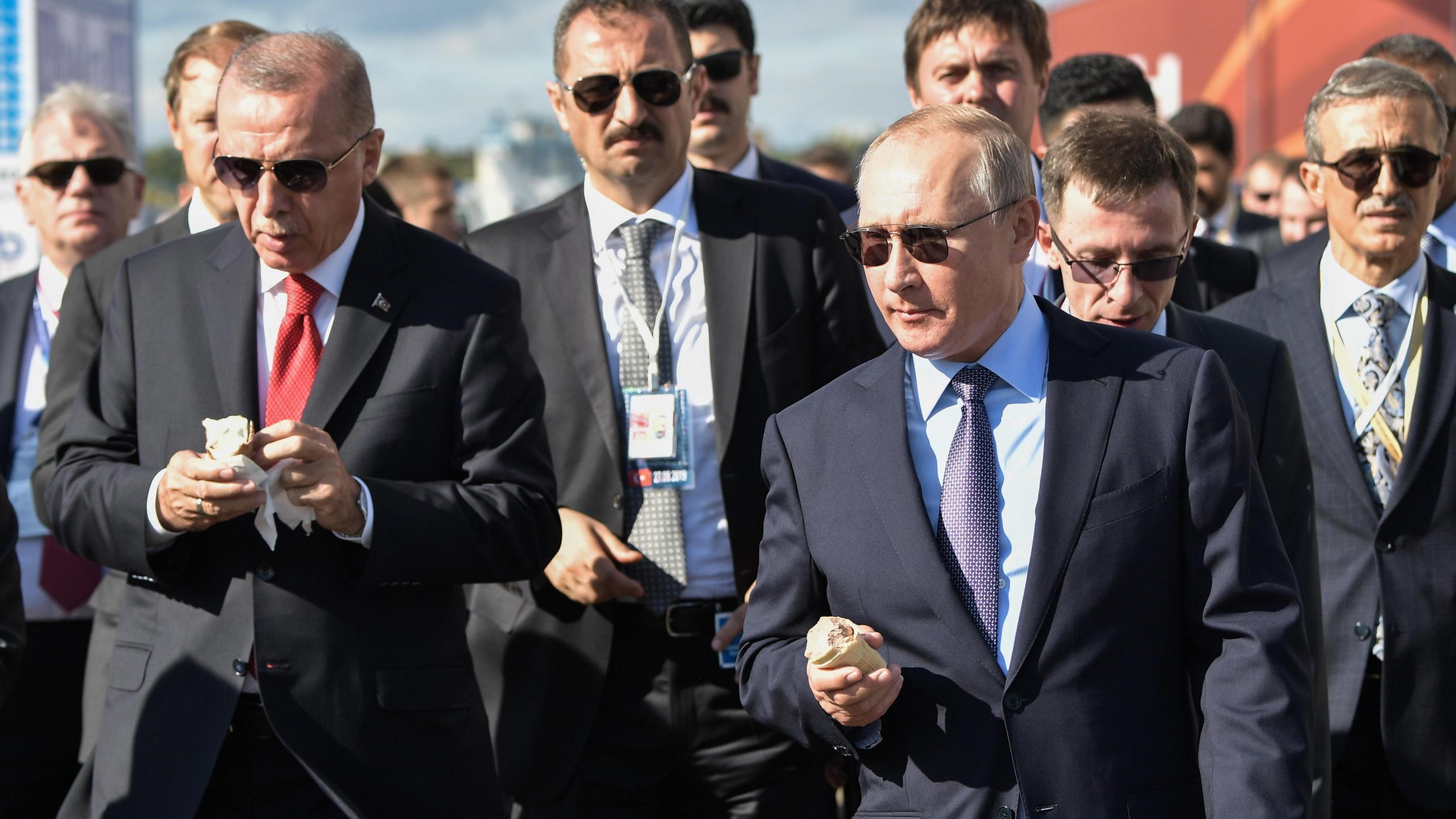 Turkish elites and many retired army officials are talking favorably for Russia after Russia invaded Ukraine. This is not new for the observers who closely follow Turkish affairs, but it was never so clear for anyone to see it before the invasion.

Turkey is a fascinating country where things could easily pass over each other no matter how extreme the condition. Turks could be a hard-core European Union supporter when the economy is going well, but at the same time, it is that easy to be against it for a slight wind of change. It is all the same for NATO, the US, the Hauge, and Copenhagen values and criteria. And, for sure, these countries, organizations, and communities are aware of this fact, and they don’t seem to care about different positive and negative commentaries that they hear from Turkey.

Why did such uncertainty and nondirectional leadership become a culture in such a big country like Turkey? Answering this question will not be that easy, but I can say a few things about this—first, the dual political approaches of leaders to any issue for temporary political gains. The same politicians, army officials, and journalists or commentators could say something totally opposite of whatever they once said, and people don’t see anything wrong with it. As everyone talks from the point of opportunism about anything, people also easily make their minds adjust to any change with the same mindset of opportunism. Most don’t care for values, principles, morals, political and historical facts, but just the opportunities created by situations that favor them.

Secondly, Turkey couldn’t succeed in being one homogonous nation yet and still survives as if it is a whole nation with different ideological camps, groups, and segments. While Kemalists think they are the owner of the state, ultra-leftist, ultra-rightest, and Islamists groups fight over the country’s direction whether the country should face towards the West or East.

Thirdly, the ignored and controlled public could never be itself and could not read the events and developments well enough around them. Therefore, people have no idea about most of the affairs, and they always expect to be told about everything and adjust themselves accordingly without questioning it. This was well-planned by establishers of the state to keep the public away from state affairs, and they succeeded with a well-designed education system that exalts obedience over critical thinking.

Now, let’s come back to the topic and examine the Russian-Ukraine war and see how it is taken in Turkey.

Public: what! Another war at a close distance. That may cause another flow of thousands of refugees from Ukraine. This is too bad. At the same time, while some men shamelessly post that “be ready Ukraine ladies are coming”, some women disgustingly shared “hey ladies, protect your men from the Ukrainian women” on social media. And nobody protested the war or Russia for the invasion of Ukraine in Turkey.

Erdogan: “Turkey couldn’t abandon its ties with both Russia and Ukraine.” While Erdogan is saying that, the Bayraktar TB2s sold to Ukraine by Turkey are most likely targeting Russian targets to destroy/neutralize them in Ukraine.

Ibrahim Kalin: who is the Turkish president’s spokesperson and said, “we will not join in sanctioning Russia like our allies did because of strategic interests of our country.”

Ethem Sancak: who is a businessman and an ardent supporter of President Recep Tayyip Erdoğan, said, “NATO is cancer, tumor for Turkey from the past,” “NATO staged a coup to oust the Erdogan regime,” and “we will build S-500 and go into the space together with Russia in the next coming 10-20 years.”

Turkish Army: Interestingly, no one talks about the Turkish army, so-called the second most strong army of NATO, and the army never said anything impactful on the issue. Most likely, it plays three monkeys!

Retired Army Officials: Support Putin and Russia against Ukraine, NATO, and the west. Retired army officials of a NATO member of a country don’t see anything wrong in insulting NATO and harshly criticizing the US, and talking favorably about Russia and China. And, they openly say their views and thoughts on national TVs in front of everyone.

Dogu Perincek: the left-wing nationalist Patriotic Party leader, said, “the weapon used by Russia is the weapon will bring peace and tranquility” to Ukraine. Perincek openly lobbies for Russia in Turkey. He even warned Erdogan after he talked with Zelensky on the phone and said, you can’t be Russian and Ukrainian at the same time and choose your side with Russia.

Workers Party of Turkey: “We are against both the expansion of NATO and the invasion of Russia.”

Communist Party of Turkey: “We are condemning the usage of the reactionary political powers of Ukraine against Russia.”

Leftist journalists: “Zelensky who was a comedian made a big mistake after deciding to defend his country against Russia’s aggression, and his country and people were just being bombed because of him,” “we are not supporting Ukraine, NATO, the US, and even PUTIN, and if we were left the options of the NATO and Russia, I would prefer the third one.”

The list could go on, and many other approaches and views of others could also be listed here. Still, these examples are good enough to see how the country is intellectually finished, and it is like a ship with no direction on a deep ocean. Everyone talks differently and wants others to follow in their footsteps no matter what is politically correct to follow. Turkey is a member of NATO, but NATO is one of the most severely criticized organizations. And no one asks why we joined the organization if we criticize it at every opportunity. Turkish people hate the US the most and think the EU is a Christian organization, and that’s why they don’t grant membership to Turkey, but the country never differentiates itself from them.

No one sees the reality and talks about divisive agendas and problems of the country but finds comfort in criticizing others. The west countries united around democratic values, justice, and universal principles against the Russian aggression for the invasion of Ukraine, a sovereign nation, but the Erdogan regime plays impossible and can’t even openly say whether Turkey is on the side of a democratic block or aggressive and despotic Russian regime. And it is seen as normal for the majority of the country. And no one is bothered about why the state doesn’t have a unilateral foreign policy on such an important issue. People may see this as a ‘richness’ in foreign politics, but this narrow mindset could only be exalted in Turkey.

Because of the intellectual dividedness of the country, the government never feels to be responsible and transparent on anything and acts in any way they wish. And people got used to this as well.

So, it is not a shame to criticize NATO or support Russia in such an intellectually divided country. Because what makes us is the divided and opposing elements of the country, which gives a kind of comfort to protect their means of life that comes from their ideological identities. If Turkey decides to be a fully democratic country today, most of the country’s elites would not be able to adjust to the new establishment of the government because of their incompatibility and intellectual incapacity. So, they would never want it. That’s why putting the country on the swing over the west and east and playing with it makes it easier for them to keep their privileges going and never disturb them.

So, while top elites enjoy their life in the country no matter what happens in the region, the public suffers the most from these incompetent politics of the elites. Still, they never realized that it was caused by the elites and politicians who rule them.