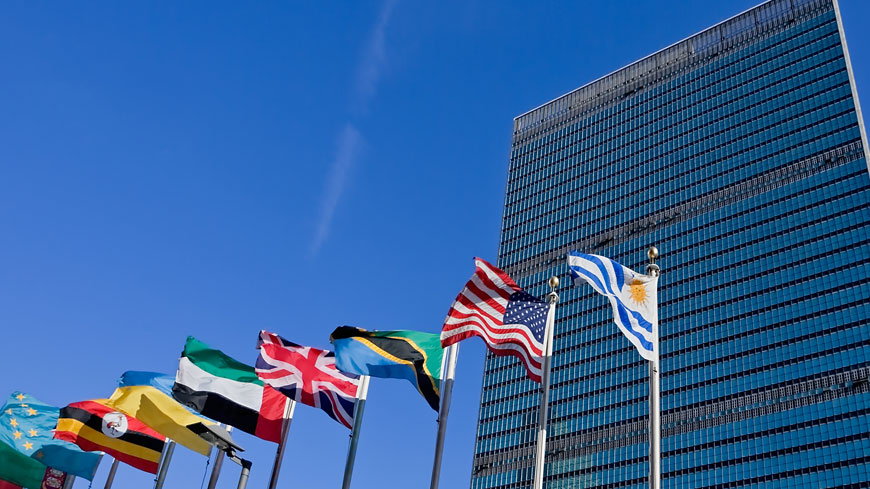 It downplays touchy issues such as the US-Turkey, or Trump-Erdogan, differences over Syria. It has, over time, attracted colorful personalities.

A while ago, Russia’s Nikita Khrushchev banged his shoe on the podium. Venezuela’s Hugo Chavez, referring to US President George W Bush, declared that an ‘El Diablo’ had preceded him on the UN podium. Robert Mugabe called Donald Trump a ‘Giant Gold Goliath’ and Trump went for Iran and North Korea.

When not in the assembly hall, leaders and their ministers remain inside musing over previous engagements or to make new deals. In the 1970s, Munyua Waiyaki, as a negotiating tactic to enable Kenya get training simulators for fighter jets, told Henry Kissinger that President Jomo Kenyatta beat ministers and he did not want a beating.

They compromised on training Kenyan pilots in the US. In 2018, South Korea’s Moon delivered a private letter to Trump from North Korea’s Kim, which led to the second Trump-Kim meeting in Vietnam. In the 2019 UNGA Conference, Egypt’s Al Sisi, as AU Chairman, unsuccessfully tried his hand at maritime diplomacy in East Africa.

Outside the UN building, we often see demonstrators and NGO-type UNGAs promoting particular agendas and offering their own recommendations. Demonstrators for various regional and global causes march around holding placards and shouting their gripes.

Those officially inside rarely come out while those outside hardly get in. There thus are separate UNGAs in one.

Among global NGOs with inside connections but holding their own UNGA versions is the Journalists and Writers Foundation (JWF), whose global network involves top policy makers in different countries.

It sees itself complementing, rather than competing with the UN in addressing challenges of the global commons. It is part of expanding the Fethullah Gulen inspired Hizmet global service movement that excels in education and interfaith promotion. In the 2019 UNGA Conference, the theme was ‘Transforming Our World Inclusive Social Development For All’.

The representative of the UN Secretary General, Under-Secretary-General Adama Dieng, endorsed the conference and made commitment to incorporate its recommendations into the UN global agenda.

The Kenyan presence in that JWF UNGA conference was pronounced. It had top editors of The Standard newspaper, Kenyan academics, a retired general turned academic, and a conflict management activist. One academic moderated the first panel and set the standard of expectation for the conference.

He challenged conference participants to think of a three-way mental and attitude transformation if they were to achieve the Sustainable Development Goals (SDG). First, was to transform the mentality and attitude of the policy-makers and opinion shapers, like the ones in the room, so that they could accept the implementation of the goals.

Often, policymakers are the obstacles. Second is to address the mentality and attitude of the people outside so that they can accept the intended transformation to bring them into the SDG inside. If the outsiders do not see the value of being SDG inside, the project would not succeed.

Third, is to address those people on the margins of being inside and being outside because these tend to be forgotten as policymakers concentrate on those who are far outside.

The danger is that those in the margins tend to slide ‘out’ and stop being part of the inside. Stopping those on the margins from sliding out becomes an SDG challenge.

Other than setting the conference pace, Kenyans were very active in round-tables, report writing, and scooping awards. Two of the top three awards for great achievements went to unassuming Kenyans.

Fauzier, a Kenyan peace activist, received the bronze award. Ezekiel Okemwa, a professor at Technical University of Mombasa, received the silver award for his bamboo planting activities at the Coast.

Unacknowledged in Kenyan circles, Okemwa is also a Nobel Laureate on environmental matters, having received the award as part of the UN team jointly with former US Vice President Al Gore. The top award went to a Japanese company increasing soil fertility in Zambia.

The annual jamboree has many UNGA activities that hardly come to limelight. They complement and add colour to the main UNGA.