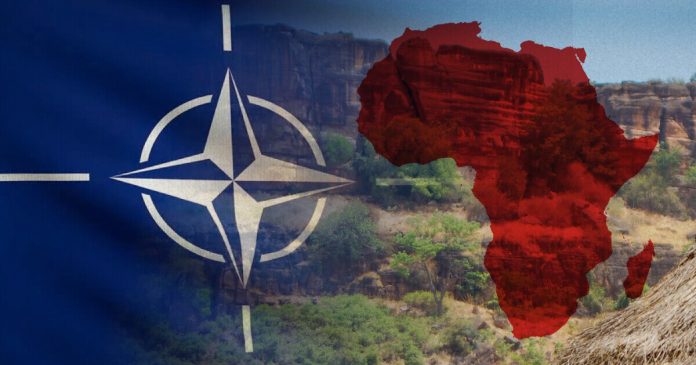 In the late 1990s, an imperial logic emerged to excuse powerful states when they invade and destroy little countries. Its genesis was a sense of guilt on the part of those powers for condoning atrocities and failing to act on the Rwandan genocide. At the United Nations, Kofi Annan claimed that he did not have the mandate to help.

US President Bill Clinton, after the American debacle in Somalia, did not want to be bogged down in another African crisis that had little strategic value to American interests. French President Francois Mitterrand supported the Interahamwe’s anti-Tutsi operations. Their sense of guilt spurred mea culpa activities in the United Nations, France, and the US, thereby turning that ‘guilt’ feeling into a weapon for attacking targeted countries.

Faulting African states as a way of escaping responsibility, they promoted a slogan of ‘African solutions to African problems’. Clinton came up with his African Crisis Initiative, whose purpose was to have a stand-by military outfit for Africans to use in ‘solving African problems’. Although it sounded good, it was part of an elaborate and serious scheme to escape responsibility.

Kenya experienced that responsibility-escaping through blame shifting after the August 1998 Al Qaeda attack on the US embassy in Nairobi. While Kenya believed it was attacked as a secondary target because it was close to Israel and the United States, the United States rejected the claim and insisted the attack was because Kenya was corrupt, porous, and inefficient.

Despite the blame shifting and escaping responsibility, the same Al Qaeda attacked New York and Washington DC on September 11, 2001. Was the US then more corrupt, more porous, and more inefficient? Those who failed in Rwanda turned their sense of guilt into an instrument of imperial attacks. To do that, they advanced the concept of ‘humanitarian intervention’ or Responsibility to Protect (R2P), which seemingly enabled big powers to impose their will globally by invading targeted small countries presumably to save lives. Besides creating the impression that Europe was heavenly and other states were hell holes, they actually manufactured assorted ‘hells’.

The most effective application of R2P was the NATO invasion of Libya. The main regret that President Barack Obama had, he confessed, was attacking Libya without thinking of its likely adverse consequences. The French joined Obama in killing Muamar Gaddafi and destruction of Libya. The destruction, however, helped create a migration crisis for Europe as Africans tried to move from the manufactured hell into Europe only for it to close its doors. The migration crisis produced political challenges in the West as anti-immigrant populist nationalists caused political civil wars that disrupted the establishment in individual countries and the EU.

Seeing danger in the influx of ‘people of colour’, they emphasised nationalist desires over Western collective interests. They included Donald Trump (US), Boris Johnson (Britain), Marie Le Pen (France), Victor Orban (Hungary), and Giorgio Meloni (Italy). While Johnson took Britain out of the EU, the Leader of Brothers of Italy, Giorgia Meloni asserts Italian interests in the EU. She had beef with French President Emmanuel Macron’s 2018 view that Italy was closing the heavenly gate to African migrants.

She hit Macron hard on the harmful consequences of French and NATO’s bad activities in Africa which boomeranged on Europe. Revealing silent realities of Euro misadventures in Africa, Meloni argued that the influx of African migrants into Europe was a result of French attacks on Libya. Using the R2P imperial logic, the West weaponised and sanitised its Rwandan guilt by destroying Libya. While the attack ‘proved’ that powers would not condone atrocities, it also plunged the West into a migration crisis. Populist nationalists rose to prominence questioning Euro ideals as they affected specific national interests.