HomeExpertsWhat is next in Turkey?
ExpertsTop Stories On Turkey

What is next in Turkey? 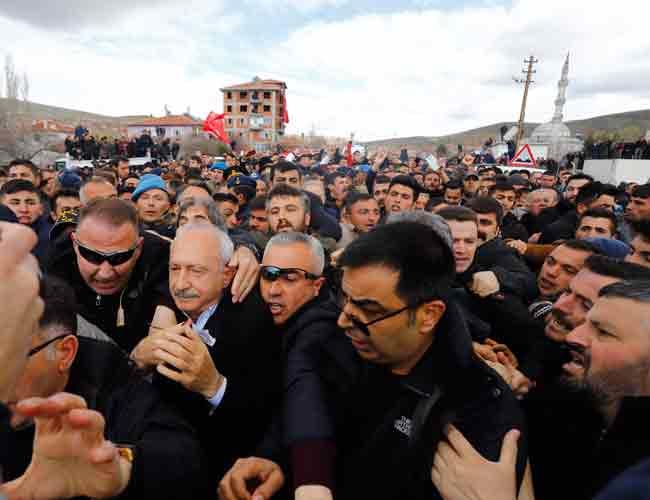 Back in 1994, when Erdogan had been elected as the mayor of Istanbul, Islamic circles had perceived it as the conquest of Istanbul, and furthermore, it had been viewed as the first signals of second appearance of the caliphate.

Today, Recep Tayyip Erdogan and AKP (Justice and Development Party) lost Istanbul, and this means their dream ended up with a nightmare.

Erdogan, who had been shocked with the corruption investigations in 2013, had placed the Gulen Movement as an opposition an opposition party in the eyes of the voters even though they had no representation in politics. The voters had been forced to choose between the non-political Gulen Movement and Erdogan, and eventually, they had chosen Erdogan.

Turkish people were aware of the corruption and the downfall of the economy; however, the Gulen Movement was placed against Erdogan as an opposition, rather than the actual opposition parties.

And after the 15 July 2016 coup attempt, Gulen Movement was no longer an opponent for Erdogan. AKP, which gradually started to turn into a party of the state, and Erdogan became distanced to the suburbs as the one-man and single party. They popularized their hate speech by demonizing the Kurdish people and the others in the community who do not vote for AKP-MHP (Nationalist Movement Party) coalition.

The AKP rulers, who spent hundreds of millions of dollars while trying to spread the Erdogan’s Caliphate politics throughout the world, could not manage to provide stability in domestic politics and ended up frightening the foreign investors away from Turkey. Erdogan administration’s confiscation of banks and the properties of dissident businessmen affected Turkish economy adversely. While the foreign currency reserves in the Central Bank liquefied gradually, Turkey’s foreign exchange assets exceeded 500 billion dollars.

While Turkish people were struggling economic problems, Erdogan and the AKP rulers failed to measure the rising anger and unrest within the society. The people protested the electric and gas bills with their self-made videos they uploaded online.

Erdogan, who lost all of the major cities in Turkey, realized for the first time that the bureaucratic elites actually do not back him up anymore.

The wisdom of the bureaucratic state in Turkey is well experienced to know that it would be impossible to control the angry masses if Imamoglu, who won Istanbul, would not be able to receive his mandate.

It is a widely accepted perception that the left-wing political parties would not see 30% in Turkey. The prospective leader of a left-wing party, who knows how to read Quran, and has “Imam” in his last name with his conservative family roots in Turkish society, has the potential to place the left-wing politics into the political center of Turkey.

The state wisdom in Turkey can see this without a doubt.

On the other hand, Erdogan is aware of the fact that his face is not as sympathetic as it was before. Erdogan, who is afraid of losing the power altogether, abstains from facing some serious legal consequences in the future.

As a result of these developments, it is projected that there will be two parties to originate from AKP, which has already started dissolving. It is estimated that one of these parties will be led by former Prime Minister Ahmet Davutoglu, while the other one will come to existence by former Minister of Economy, with the guidance of former President Abdullah Gul. This political mobility is simply based on the rationale that AKP’s alternative is AKP again.

It would not be a wrong foresight that Erdogan, who is well capable of taking the pulse of both the state and people, may want to withdraw from this process to guarantee his retirement in the long run. This could be a peaceful exit for Erdogan.

However, there are some other signals suggesting that Erdogan may chose another way, rejecting the results of Istanbul mayoral elections and demonizing the opposition coalition, which can eventually lead some unexpected incidents even Erdogan may not be able to control in the future.

Recent attack to Mr. Kemal Kilicdaroglu, leader of the opposition party CHP, during a funeral of a soldier, is a significant signal of these potential incidents.