What is Turkey doing in Africa? 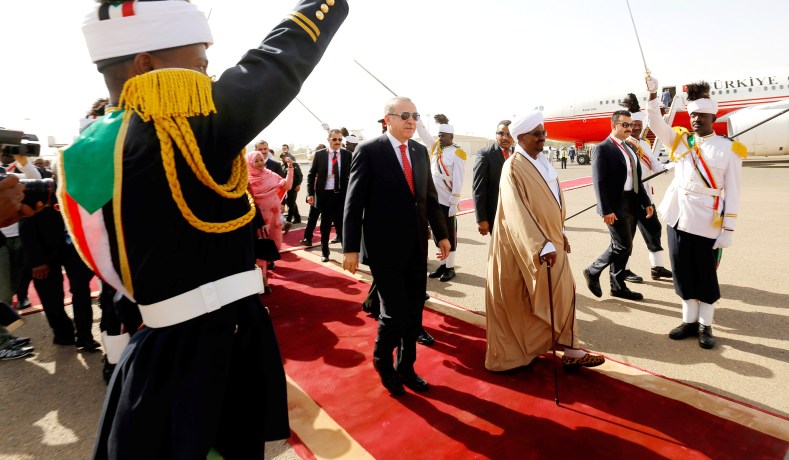 It is shocking. It beats reason. It is equally puzzling.

With all problems arising from involvement in the Syrian crisis, its effect on people’s lives on the ground and tenets of the Islamic faith, how and where does President Recep Tayyip Erdogan find extra space or squeeze the time to keep the world on its toes? And for that matter, why Africa?

Indeed, as an African saying observes: “It is he whom you can’t suspect who does it. “It could only surprise Shakespeare’s Julius Caesar to find the closest friend, Brutus, among his assassins. It could only take one of Jesus’ twelve disciples, Judas Iscariot doubling as treasurer, to conspire for the arrest and eventual crucifixion of his Rabbi for a negligible consideration.

In either case, Caesar wondered: “Et tu Brute?  –meaning, “And you Brutus?”  Judas Iscariot told machete-wielding Roman crowd and soldiers: “The one I (will) kiss is the man; arrest him.” It is all about feelings of an unfortunate betrayal.

This time round, unfolding news irrevocably put Turkey on spot for supplying arms to the Nigerian Boko Haram terrorist organization. And what is the purpose?  “For killing Christians”, while “Muslims must be spared…”

An intercepted conversation in Turkish, according to an Arabic transcript, reveals  “weapons were being transferred from Turkey to Nigeria (aboard the national carrier) and there was concern that they (weapons) might kill not just Christians but Muslims (as well).”

Of course, this is all misguided. God created man. Killing one person is killing the whole of humanity. You cannot kill any person in the name of religion. Faith stands for peace. In this regard, no terrorist can be a real Muslim just as a real Muslim cannot be a terrorist. Terrorism is just a crime against humanity.

Carrying the argument farther, a Muslim, therefore, cannot find any reason or justification for funding or fueling terrorism. And those who relate terror killings to the Islamic faith commit a gross cause-and-effect error.

Based on the conversation, Turkey is the one supplying Boko Haram with its weapons – including sophisticated ones –the source of which has long puzzled observers.

Implications are serious. By location, Nigeria is not even a Mediterranean country. It is deep in Africa. This brings in a possible dimension of Turkey supporting transnational terrorism, the connection to which the country would now find difficult to dissociate itself from. This attracts serious global investigations and an assortment carrying serious economic sanctions.

Consider the following scenario surrounding the recent death of ISIS leader, Abu Bakr al-Baghdadi. One version is about him being found hiding in Syria’s last refuge for Jihadi rebels, just three miles from the Turkey border.

Another version is about al-Baghdadi killing his three children and subsequently blowing up himself in a tunnel after US Special Forces entered his heavily fortified compound in Idlib Province, in north Syria.

President Recep Tayyip Erdogan blames US communications for blowing their trumpet when his government is the one holding the first hand information, including the arrest of al-Baghdadi’s wife on whom they found a lot of information about ISIS operations.

A lot can be read between the lines. First, US (Trump) crave for big credit notwithstanding, who would doubt that Erdogan has a lot of information about the ISIS network and activities?

Second, what role then does he play? Doesn’t he curse terrorists with a tongue in the cheek? With such a doubtless established very close link with Boko Haram, how far are he and his government from being part and parcel of terrorism perpetrators?

Third, arming Boko Haram means giving support to ISWA or ISWAP—the Islamic States of West Africa Province. Based in north-eastern Nigeria, Boko Haram is also active inChad, Niger and northern Cameroun. Established in 2002, the group has, since 2015, been aligned to the Islamic State of Iraq and the Levant (ISIL) supported by other groups such as al-Qaeda.

Fourth, the fact that ISWAP in Africa uses improved technologies signifies or implies support from ISIL in Iraq and Syria. How safe is Turkey/Erdogan from being accused of having links with those other groups like al-Qaeda?

Fifth, calling a spade a spade, is it not extremely unfortunate that Turkey’s increasingly suspect role in supporting Jihadists comes closer to something real?

Finally, God forbid. In these circumstances, how does Turkey escape from being seen as possessing particulars of a terrorist state? It supports terrorists, even with weapons. This is shocking.

Another side of the Africa story reads like Turkey wants to eat its cake and have it. How?  For four days running – from 19-22- October 2019– the Third African Muslim Religious Leaders Summit was held in Istanbul.

Hosted by the Presidency of Religious Affairs, the aim of the Summit was “to strengthen the communication between Turkey and African countries in the religious sphere…” coordinate and evaluate “opportunities for cooperation and carrying out joint projects.”  President Erdogan graced it with his presence.

The first Summit was held in 2006, attracting participants from 19 African countries; the second in 2011 was attended by 42 countries and this year’s, 51 countries. This is almost from all members of the African Union (AU).

Discussions held in seven sessions dwelt on subjects like “religious services and education in Africa; religious publication policies in Africa; services provided in Africa by Turkey-based international aid organizations; threats to Islam and Muslims in Africa.”

The Summit rose with a 21-point communiqué hitting at past colonialism and calling on Muslims “to find ways to resolve their issues …without allowing external intervention.”

It also cautioned the world against “associating Islam with terror … because it is the religion of mercy” … rejecting “violence and any kind of persecution.” It condemned terror organizations

Item 14 notes: “It is self-evident that relations of evil interests and insidious global powers are behind Boko Haram, Al-Shabab, DAESH  and similar terrorist organizations … in the Islamic world that carry out acts of terror and violence by exploiting the sacred concepts of Islam.

“In this context, the Islamic concept of truth, mercy and compassion as well as the knowledge, wisdom, morality and law of our civilization must be precisely explained and taught to young generations.”

In essence, what sort of picture of Turkey should these words of the Summit draw in the eyes of Africa and the rest of the world against the background of the country being confirmed as a supplier of arms to Boko Haram?  That is the question. As President Erdogan expects to fly to Washington mid next week to meet President Trump, there are already demands for an audit of US arms supply to Turkey to ensure that no diversions were made. Could this audit solve the Africa puzzle of the source of sophisticated arms in the hands of terrorist groups on the continent?