When a refugee mother cries: The heartbreaking story of Sofia 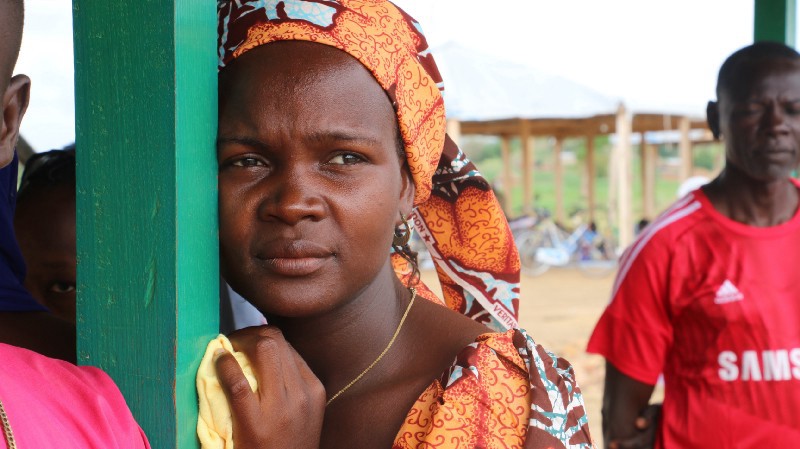 The reasons for the arrival of immigrants in Europe are very diverse and each immigrant has a separate story. Many African people live in one-room houses made of tin in their countries. Pregnant women give birth in these houses. Since they do not have water in their homes, they continue their lives by pulling water from the wells. People are constantly on the move because of the difficulties of climate conditions, and limited access to water and food. In addition, some of the hundreds of thousands of women who have escaped from wars and battles are lucky to reach Europe. There are large amount of people who do not have the opportunity seek asylum in European countries because there is no war in their country.

Sofia who is from Nigeria crying like that, as her cries want to pierce the ceiling of her room and fly into the sky.  There are two more rooms between Sofia and I. I don’t see her crying, but I can understand her suffering without seeing. Looks like she made a long way from hiccups to her hometown, as if she wants to return using this path. But every time she gets up, the wet roads cause her to slip, she falls, she gets up again, he falls again. Every time she falls looses her strength, slippery floor is becoming more painful her.

But this pain does not make her forget the pain does not lighten in her heart, she continues to cry. As she cries, the roads grow. With tears, slippery ground  gets wetter and more slippery. Actually, maybe she doesn’t want to go back to her hometown. Is it just because I miss my hometown?

Sofia, like me, makes her indescribable suffering livable with crying. For the first time in this way, I hear her outcrying. She speaks as she cries, but nothing can be understood. Because during weeping, people cry in their own language and in their own identity.  I realize that people cannot break away from the homeland, no matter how far away, that they are born and lived to hold on to life with the strength of the  their roots. Loutishly, she lives in her tears that she is from Nigeria. Wherever she goes in Europe, she struggles to make a home for herself: She is a black Nigerian. She is a Nigerian when cries and smiles, looking up at the sky, making wishes in the floating stars.

As Sofia cries, her six months baby boy Gabriel comes to my mind. I may not be able to ease her pain, but I think I can cook for her and take care of her so her young body does not succumb to pain. If a mother cries, the baby cries, too.

I have a big question in my head. What happened to this woman?

‘My brother died, he was just 20 years old. My brother’s dead! ” she says. Death, intertwined with the cold face of the being far away from home, is in every cells of Sofia. What would I do?  If I were Sofia. If I had news of death from my hometown. I would have expected such a deep wound to heal, or I would have drowned in my tears that didn’t flow. My motherly instincts come into play as I saw the unconscious  sighing Gabriel on the floor from crying. I went to authorities as I embrace Gabriel. I explained the situation and told them to you have to support Sofia. I know I can’t leave Gabriel with his mom. I’m taking Gabriel to our room to look after Gabriel until she regains consciousness. The difficulty of being a refugee is felt more deeply in these moments. Especially if you’re alone. If you are away from your life partner while holding on to life; If there is no shoulder to cry, no someone to lean on, you can stand only with the power of being a mother. She, whose husband is in Italy and parents are in Nigeria, will faster hold on to life because she is a mother.

I’m observing other people who are witnesses of this incident. Most of the refugees in the camps come from war zones. I’m talking about people who we share many places in the camp together. This heartrending incident did not trigger any emotion in them. They looked and went through Sofia’s wavering. On the paths they passed, they stomped over the pain of Sofia that had fallen to the ground, without realizing what they were pressing on.

When people lose their loved ones, their suffering becomes less insensitive maybe it is because pain visited their home often their own quarries. They even ignore  the pain in order not to be affected.

Death leaves the same effect which door it knocked on. A big emptiness, a deep wound that shed from the shells as it scratches, no matter how much time passes. I took good care of Sofia until she got better. I may not be able to grasp her pain, but I think I can cook and take care of her so that her young body does not succumb from pain. “The place you are hurt is separate from the place you’re hungry.” You need to survive when pain is over. Gabriel gets used to us. To play with my kids, to sleep with my feet.

We always see him smiling, all our efforts are for Gabriel to laugh again who we saw the first time crying. All our children were born to laugh, whether or not refugees. Sofia recovered after hours. It’s time to deliver Gabriel to her mother. Sofia will forget her pain in her son’s warm atmosphere, Gabriel will sip the life in her mother’s caring arms.