When one can be everything for Turkey ills (1) 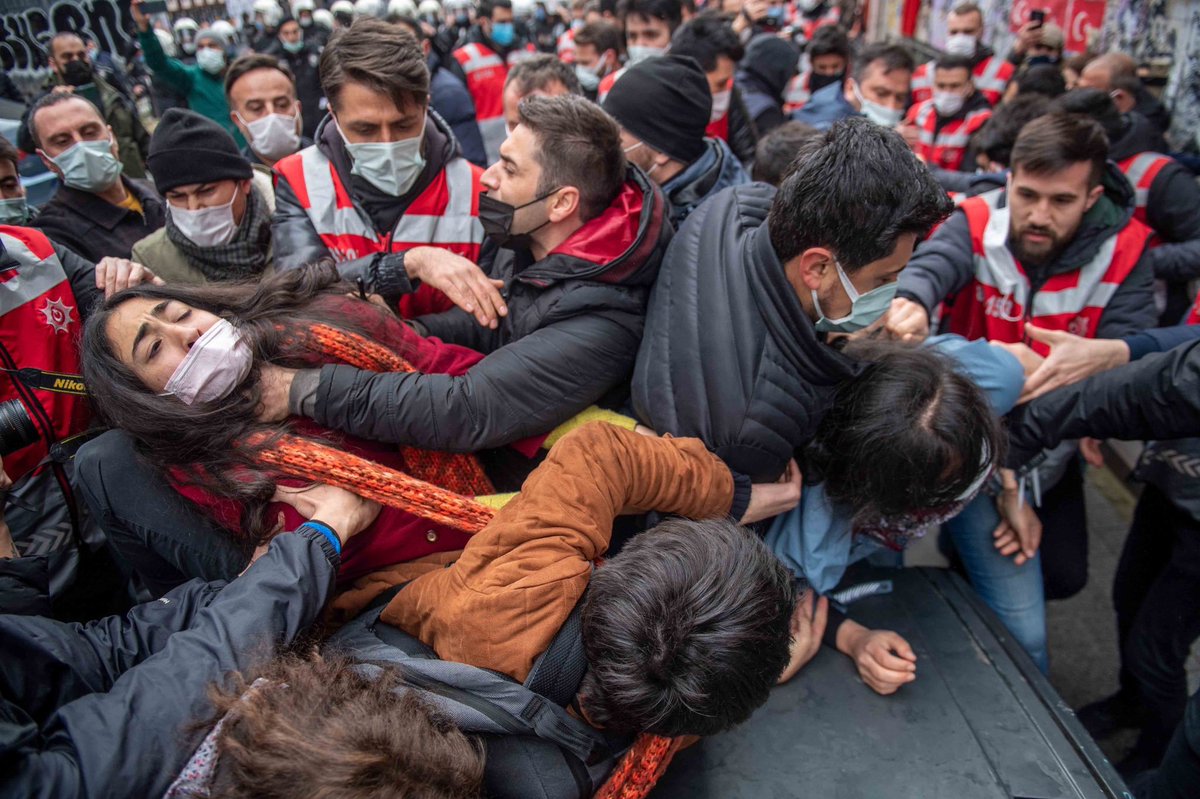 We are familiar with the saying: “What’s in a name?” But have you ever thought of: “What’s in a language?” That is, as a particular medium of communication?

Within the echo of the eagerly globally awaited Joe Biden-Recep Tayyip Erdogan telephone conversation and the latter’s administration bold (in U.S. terms) official recognition of the 1915 deaths of 1.5 million Armenians at the hands of the Ottoman Empire as Genocide, I found myself doing it.

“If one thing changes everything can change”, a hope-raising Solidarity with Others report title on detentions against the alleged Gulen movement members in Turkey since April 8, 2014 stares at me. In Africa we say: “The medicine of fire is fire.” So, I stare at it as well. My mind meanders like a river we blame at home for having lost course because of going it alone – without tributaries.

The use of “if” in the report title draws me towards principles of logic. I imagine: “When is one equal to everything?  This is when it is the only one. But this is non-representative of the Turkish situation on the ground. There are more than one (many) things demanding change in Turkey – social, political, economic, ethical, faith, conscience; name them…”

I try to resort to Mathematics. I further imagine: “As a substitute of ‘if’ in the mind-troubling title, when does a part (one thing) possess power(s) to change all the others — everything? Could it be the over-stretching of or spillover from the principle of ‘any number to power zero (except zero itself) is equal to one’?”

A New Jersey-based Advocates of Silenced Turkey (AST) report comes to my rescue. It reveals: “The voice of 5,000 innocent women and mothers will he heard to 5,000 female leaders in 1,000 cities around the world — the story of 4-5 innocent mothers who were persecuted by the Erdogan regime will be told.”

I try to link the numerical strength of the innocent women and mothers (5,000) communicating to the same number of female leaders (1:1) and in one thousand cities. And the message is the story about the Erdogan government persecuting “4-5”innocent women.

My mind opens up. The point at issue in dealing with Turkey’s multiple ills is not about numbers (4-5 innocent women) but the essence, objective and desired overall goal of bringing the country back on track. It is the question of raising awareness about the ongoing human rights violations in Turkey and demanding world action.

It is in this “If one thing changes everything can change” spirit that we learn Turkey has blacklisted more than 100,000 students from kindergarten to 12th Grade over Gulen links. AST has also published the “Shoot Me for God’s Sake” story of an asylum seeker who lives in Germany via AMAZON. So, some Turkish people would prefer death to living under the Erdogan rule!

For any genuine ruler with a live conscience and worth the respect, what can children within the kindergarten to 12th Grade age commit to warrant being blacklisted? In essence, blacklisting has nothing to do with the present. It only serves for the future and has everything to do with an ultra motive such being tracked down later on after government or private sector recruitment.

Yes indeed, Advocates of Silenced Turkey (AST) has a strategic point to make. In order to provide a cure for the multi ills of Turkey, “If one thing changes everything can change”. Change starts with awareness. The world has got to know what is there and in need of being changed before it can work towards that change. And when instituting change you have to start from somewhere. It is from one change to another that everything can change. And Turkey would be at peace again.

Consider the following phenomenon.  Accompanying the AST report was an awareness building information about more than 100,000 students from kindergarten to 12th Grade being blacklisted over Gulen links. That is an area in need of change.

Almost on the heels of the report, three U.S. senators announced the introduction of the “Turkey Human Rights Promotion Act of 2021” legislation condemning human rights abuses  carried out by the  Turkish government  which intensified after a coup attempt in 2016.

The bill calls for sanctions on officials who violate basic human rights to further the Erdogan’s government campaign to purge the opposition. A press statement on Sen. Markey’s website said: “This legislation makes it clear that the U.S. should use its considerable leverage within this NATO ally to prevent further erosion on hard-fought democratic progress in Turkey.”

It critically directs the Secretary of State to provide assistance to civil society organizations in Turkey that work to secure the release of prisoners of conscience and political prisoners. It also makes it a statement of Policy to support democracy, peace and prosperity in Turkey and to oppose the Erdogan’s attack on freedom of expression and association.

Turkey is called upon to cease ongoing crackdown on free press, stop indiscriminate detention and prosecution of lawyers, judges and prosecutors and fulfill its obligations under the International Covenant for Civil and Political Rights (ICCPR) and the European Convention on Human Rights (ECHR).

The legislation expresses that if the Turkish government fails to take effective steps to address its human rights violations, the:

“The United States cannot stay silent in the face of this disturbing behaviour…We must use the democratic levers available to us to ensure that Turkey’s political prisoners are released and that dangerous anti-terrorism laws are repealed,” Sen. Merkley said.

Not only the United States, but also the rest of the world, should not stay silent.  The U. S. Senate has shown the way to prove the AST’s “If one thing changes everything can change” right.  That is right. But what must be changed on the ground to add up to the desired sum total change – to turn Turkey around? (Read: When one can be everything for Turkey ills (2)