Who are pirates on the Mediterranean? 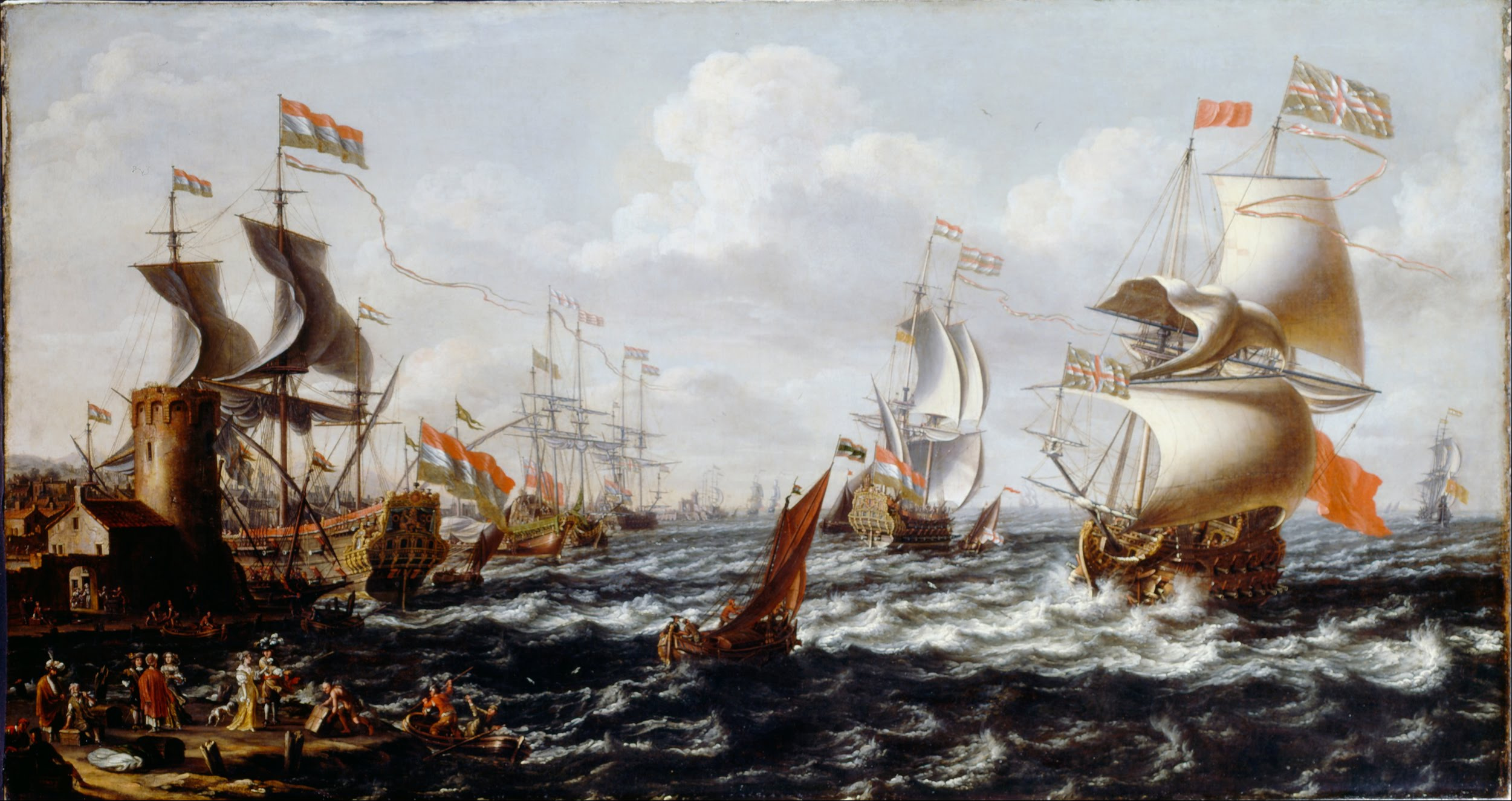 Oh, poor the Mediterranean Sea! In history, reading between the lines, it is not only recorded as but also stands for the origin and birthplace of the concept and practice of pirates. While the Romans in their now dead language of Latin conceptualized “pirata” –meaning a sea robber—a contemporary Greek equivalent was “brigand” – one who attacks ships.

This means that by any description, the concept is ancient. It borders on antiquity. There are 14th century BC records of piracy operations in the Aegean and Mediterranean waters. Why and how does piracy still secure accommodation in the 21st century Anno Domino affairs – both in its crudest form on the high seas and modern on the internet?

Thirty five centuries on, spanning fourteen before Christ (BC) and the rest after Christ (Anno Domino), why has piracy failed to die? Instead, it has assumed new dimensions now creeping into areas of geopolitics and economy, bringing nations on the brink of war.

Or does that simply prove right the indigenous African knowledge observation which says: “It (thunder) hits where it has struck before”? At this level of indigenous wisdom, what is to be understood is that what really matters is who the pirate is. For, while piracy remains absolute, practitioners assume the relative position and are, therefore, the ones worth identifying in the current mix.

So, when Turkish President Recep Tayyip Erdogan sent an alert to the world and vowed not to yield to “pirates” and to keep searching for energy disputed Eastern Mediterranean waters despite EU pressure to stop, he was right. Pirates should be condemned without any reservations.

What the world should now do is identify and locate these “pirates” on the perennially prone Mediterranean waters. On this assignment, keywords, based on the Roman-Greek experience are “sea robber” and “one who attacks ships.” Any one, anyone and any country or group of countries fitting in these keywords, irrespective of everything, is a pirate.

I am not a prophet –and of doom for that matter. Nor am I a war monger or non-peace lover. But judging from what was taking place on the ground, through this very Politurco platform category, I asked a question: “Is the Syria war heading to the Mediterranean?” This was in mid-December, last year.

Why did I come to this conclusion? All ingredients for the land-based Syrian war turning to the high sea in the Mediterranean area were in place.

Libya was under rife confrontation between forces of the UN-recognized Government of National Accord (GNA) and military commander Khalifa Haftar. Daesh/ISIS terror group with confirmed al-Qaeda in the Islamic Maghreb (AQIM), al-Shabaab in Somalia, and Boko Haram in Nigeria links was ever ready.

Two, Ankara had its own long standing agenda in the area. The UN-recognized Libyan government had played into the hands of Turkey.  It all started with Turkey signing an accord with GNA relating to boundaries and expanded security and military cooperation for national interest –the same reason it gave for the military incursion into Syria.

Three, Athens, sworn enemy of Ankara, had called the accord absurd because it ignored the presence of Crete between the coasts of Turkey and Libya. Angered Greece had warned and gone on to expel the Libyan ambassador to Athens “for failing to provide clarifications…”

In the words of Greek Prime Minister Kyriako’s Mitsotakis, “Turkey’s attempt to abolish the maritime borders of islands like Crete, Rhodes, Karpathos and Kastelorizo with tricks such as void bilateral memorandums of understanding will not produce internationally legal results…. (Ankara) cannot challenge the sovereign rights of our islands, which are enshrined in international law and particularly by the Law of the Sea.” He classified Turkish actions as “provocative…”

Greece had come to contemplating on holding joint military exercises with other NATO allies like France and Italy. Turkey defense minister had responded saying military intervention could not be ruled out. History reveals that since 1967, Greece and Turkey had come to the brink of war five times.

Four, the US State Department called the Turkish move “unhelpful and provocative”, adding it risked “raising tensions in the eastern Mediterranean at a sensitive time”.

Five, another key player in the Syrian crisis –Russia—a permanent member on the UN Security Council was already in Libya, raising its military presence and siding with Khalifa Haftar.  Eight mercenaries from Russian private security company Wagner were claimed to have been killed in clashes.  The country was also claimed to have printed Libyan dinars worth billions of US dollars to circulate parallel to those of the Libya Central Bank to help Haftar.

Now, as fate would have it, suspicions between regional powers resurface. This is subsequent to Turkey sending a research vessel accompanied by warships off Kastellorizo Greek islands. EU urges Turkey to “immediately” halt. In a call with foreign Turkey Minister, NATO secretary general Jens Stoltenberg expresses his “concern”.

Media circles quote Erdogan as retorting: “We’re 100 percent right on this issue. If we give in to the pirates we will not be able to look future generations in the face. We cannot leave our children a country unable to defend its own rights, lacking self confidence.” Turkey would not be lectured by “colonialist” powers and would defend “its rights until the end.”

Of course when one talks of “colonialists” on the Libyan stage, one is referring to France, which, as a NATO ally at odds in Libya and other conflict-torn parts in the Middle East, sends military assets in support of Greek warships monitoring what Turkey is up to.

Erdogan changes the tone. “We are awaiting steps from our interlocutors that will decrease tensions, lead the way to dialogue.” This is taking place when, in a cleverly put way, the world is told  the Oruc Reis research vessel and its accompanied fleet of five warships had been involved in an incident with another country’s ships.

Athens military source completes the circle by confirming that there was a collision involving a Turkish frigate and a Greek navy ship. Newspaper reports blame it on a Turkish navigator “error”. Ankara keeps quiet although Erdogan puts it very cleverly that a Turkish ship accompanying the Oruc Reis had given a “necessary response” to another warship.

Thanks to German’s Angel Merkel pressure, Erdogan suspended the Oruc Reis mission to give diplomacy a chance. But the story is told. Europe is struggling for access to newly discovered natural gas deposits in waters around Cyprus and the Greek island of Crete. And it stands on the side of Greece.

What we should remember is that when Greece signed an exclusive economic zone agreement with Egypt to offset a deal between Turkey and UN-recognized Libya government, Turkey conducted small military exercises in the area.

France sent a naval frigate to eastern Mediterranean followed by Russia. A US warship arrived on the Greek Crete Island to monitor tensions between NATO allies, Greece and Turkey. Cypriot foreign minister said forces from other EU states were likely to arrive to counter Turkey increased influence in the region.

Another thing to remember is that in early June, the Sharara oil field south of Tripoli restarted production after four months of blockade by the LNA. This was after local Tuareg units abandoned support for Haftar to realign with the GNA.

A UN report in November, last year, named Jordan, Turkey, Chad, Sudan and the UAE among countries supplying weapons and other military support to the Libya GNA.  At the same time, besides Russia, UAE and Egypt, leaked air traffic control recordings also hint on British, French and US air forces. Israel is also in the Haftar support line-up in terms of military training, in particular. Of course, the best training for a country’s military is when the beneficiary also ends up with accessing the tools of trade!

Greece’s big concern is also worth sharing. This is in respect of what it sees as “a Turkey now led by a man who is determined to play as hard abroad as he does at home”

All said, Libyan democracy is not the point at issue in the Mediterranean region. It is the oil and gas reserves that leave many world countries trying to find a niche at whatever price. This is where Erdogan’s remark about “pirates” comes to the fore. Stitching together pieces that go into the making of a “pirate” could the Erdogan resolve turn into the African case of a monkey failing to see (defects of) its own rear? That is the east Mediterranean question for Turkey. This is what the world should expect to top the agenda of the forthcoming EU meeting being called “to discuss Turkey in depth”. Who are the pirates on the Mediterranean Sea?  (1,505 words)