Who is misusing or abusing Ataturk principles? 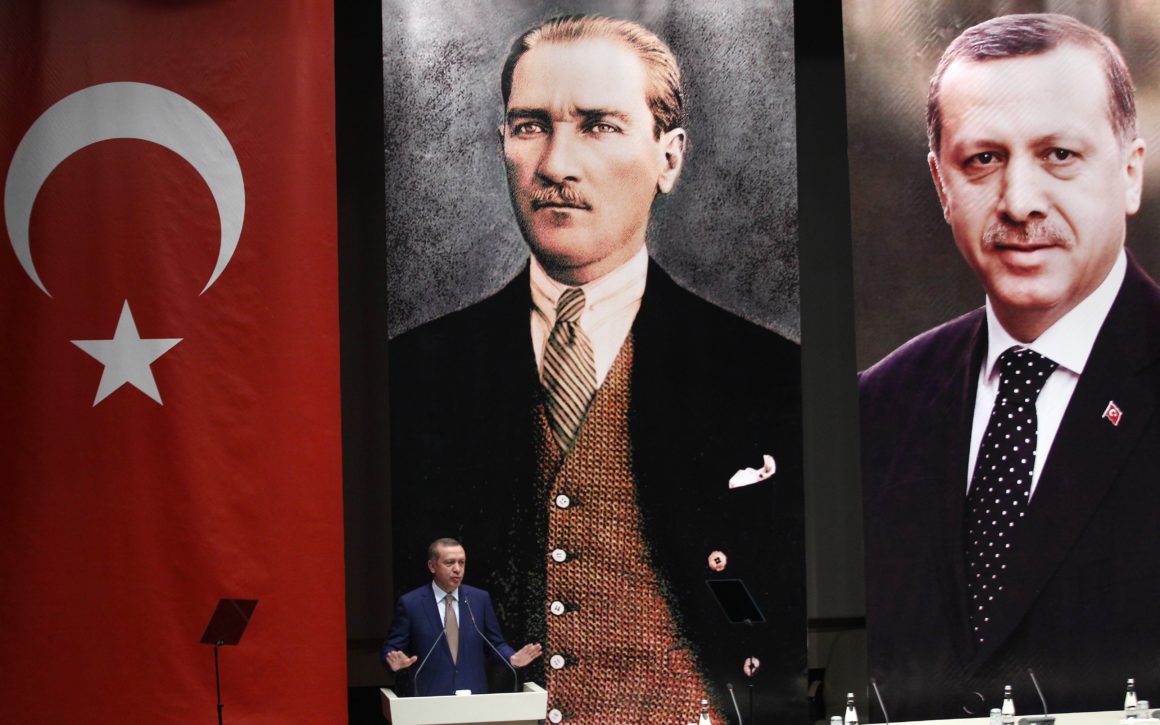 In life, there are certain things which when they don’t happen all is normal. But in the event of them happening, this amounts to unearthing an abnormal situation on the ground because they contradict the source. Imagine, if Lucifer were to emerge from his kingdom in hell to reveal his big plans for taking people to heaven!

Now, at long last and out of the ordinary, Turkey’s  President Recep Tayyip Erdogan has come out in public to confess that his country (government?) is lacking in human rights observance . The official media presents this as a “ground-breaking human rights human rights action plan proposed by the ruling Justice and Development (AKP) Party.

The proposed package is marketed as a pledge for sweeping changes in the judiciary, a heavily revised constitution and respect for freedom of expression,

On the face value and in absolute, this looks like a major breakthrough for Turkey. In the first place, at least,there is official recognition of the human rights problems in the country. But in real terms, this is seen in certain quarters as “pomp”, “much ado about nothing” and “human rights reforms … dead on arrival”.

The president’s Number One pledge is putting in place “sweeping changes in the judiciary”. The question is: “Who will design and manufacture the brooms – most preferably iron” Who will do the actual sweeping?” this involves reversing the systemic changes that have seen the judiciary work under instructions of the Interior Ministry, which is not a designated tool for good governance delivery in the running of world public affairs.

Turkey’s optimal departure point from the current dictatorial status is return to the format of separation of powers.  Short of this the entire package risks turning into wishful thinking, if not a false promise. Is the Erdogan regime ready to re-honour the three-tier governing system? The difference between Parliament, Judiciary and Executive pillars in today’s Turkey is the same.

The Ministry of the Interior has filed requests to lift parliamentary immunityof some opposition members. Ankara Chief Public Prosecutor’s Office has prepared an indictment on 108 HDP opposition members on charges for crimes which don’t appeal to reason such as murder and robbery!

At the same time, judges and prosecutors who don’t ply the AKP’s government, have not only lost jobs, they have also been charged with the same offences whose proceedings they were handling. They are in jail or preventive detention.

The military and other civil servants, in their thousands, just on mere suspicion of having links with Fethullah Gulen and Hizmet Movement, have lost their jobs. Some of them have been held in detention while others have been arrested and charged on trumped up charges under the banner of terrorism. Turkey has cases of forced disappearances and abductions assuming cross-border operations.

In Africa we have had dictators. But even among the worst ones, a few have interfered with the delivery of essential services like education. President Erdogan, himself a university graduate, has not only sacked teachers and professors. He has also gone as far as appoint loyal university heads. This is an extremely dangerous and dysfunctional game. Universities are no-go areas for dictators. History shows that in most cases their final end is the fall.

Of late Ankara police have detained  a group of women after they attempted to demonstrate against a government plan for an all-female university. Does this plan really constitute a problem worth government focus in Turkey, instead of women and female student strip searches which involve human rights violations?

President Ergodan’s Number Two pledge revolves on a “heavily revised constitution”. This is an area where the Turkish public would hold their breath. Experience is that such efforts have in the past ended up with giving more powers to the president. How different will this exercise be from the proceeding ones? Isn’t it an effort to further entrench Erdogan’s  to make emergency decrees? In the circumstances of coming elections and current popularity drop for those in power, what sort of constitution should the people expect, if it is not pro-AKP and Erdogan?

The third pledge of ”respect for freedom of expression” could even turn out to be the biggest joke. The first condition would be to open prison gates setting all political and conscience prisoners free.  Does the Erdogan regime have the guts to do so? Is it ready to release PKK’s Abdullah Oclam it has been holding in jail since 1999? How about HDP’s Selahattin Demirtas? How about other thousands of Turkish people currently in jail for links  with Gulen and Hizmet Movement  and, increasingly with HDP and perceived pro-Kurd organizations? Will people like philanthropist Kevala be released back publiclife?

When talking about the freedom of expression, the media and its practitioners come to the fore. The Erdogan regime has blocked, closed and acquired media outlets while sending journalists to ajil. Is the government ready to hand back media houses to their rightful owners and release their personnel from prison? Turkey is among the leading countries with journalists in jail.

Putting extra weight on his pledge, President Erdogan criticized  the opposition for “misusing” the reformist principles of the country’s founder, Mustafa Kemal Ataturk. But where did he get the right to abuse the very principles so much that he finds it necessary to launch a reform plan?

African indigenous knowledge  cautions: “Two pleasures bloat the mouth cavity.” On his pledge, is President Erdogan ready to “spit” (forgo) the pleasures he draws from ruling Turkey in his and AKP’s style? Very doubtful. This is too “sweet” to let go. Could he then “swallow it?” it’s unlikely in the present circumstances. It is “too hot”.  To walk the talk embodied in his reform plan, President Erdogan finds himself with two pleasures too sweet to let go and too hot to swallow.

Could the observations then about the Erdogan’s human rights reforms being “much ado about nothing, dead on arrival (or simply “pomp” be true?

There is evidence of Erdogan government-trained forces having taken a leading role in suppressing people’s freedom of expression, militarily, in Somalia, in respect of an election. This is violation of human rights, an infringement on a constitution and suppression of freedom of expression on foreign land.  How seriously could the government be taken when it pledges reforms against it at home in whatever form? That is the question.