Who really shares blame with Erdogan for Turkey’s plight? 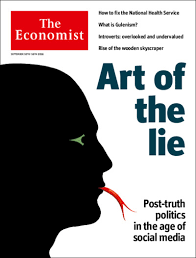 The Economist, renowned for being one of the biggest and the most prestigious magazine globally recently published a biased and factually incorrect editorial in which it observes that Turkish Islamic Scholar, Fethullah Gulen shares part of the blame for Turkey’s plight. The article highly exaggerated the movement’s power, claiming that 50% of Turkey’s police force consisted of followers of Gulen. In fact, out of Turkey’s 273,000 strong police force, only 30,000 of them were purged on the basis of being followers of Gulen.

Let us take a look at Turkey, neighbours to Europe, who is really calling the shots and how European states has turned a blind eye on the injustices by Erdogan’s rule.

Approximately 70% of the total votes belong to central right, right wing and Islamist parties in Turkey. Leftist parties garner the remaining 30% support mainly from minorities. The election results break down the ethnic structure of Turkey’s 80 million population. Turkey was ruled by Mustafa Kemal Ataturk’s, the founder of Turkish Republic, Republican Public Party from 1923 to 1950.

Adnan Menderes’ Democrat Party finally ended CHP’s single party regime and ruled the country for ten years. But he paid the price as army generals’ military coup toppled him in 1960 and he was hanged by the putschists together with his finance and foreign ministers. Although central rights parties have been ruling Turkey since 1960, privileged CHP remains the central power house in judiciary, army and bureaucracy in the country since the beginning of the republican regime.

Erdogan came to power in March 2003 when Turkey were struggling to come out of the major economic crisis. Erdogan promised European Union Membership, civil constitution, restricting army’s role in politics in his election manifesto. He said that he has taken off the shirt of the radical Islamism and he announced democratic reformist commitments before the elections of November 3, 2002.

Turkish liberals and Gulen Movement largely supported Erdogan’s democratic initiatives until 2012, but after that they criticised Erdogan as the ruling AKP showed authoritarian, antidemocratic tendencies. Gulen Movement affiliated media criticised Turkish police’s excessive force against secular Gezi Park protestors. “The people voiced democratic demands [during the Gezi Park protests] and, initially, there were innocent protests. These protests could have been tolerated. Officials could have visited the protesters and learned about their demands. Instead, the protests were violently suppressed. Is the shopping center that was to be built there worth a single drop of blood?” Gülen himself said in his interview with daily Zaman, Hurriyet Daily News quoted.

Prior to Turkish army’s Uludere attack in December 2011, which killed 34 Kurdish civilians, who were caught smuggling petrol and cigarette from Iraq, after mistaking them with rebels of the Kurdistan Workers’ Party (PKK). Erdogan called media owners to discuss media coverage of military operations against PKK, who continue their armed struggle against Turkish state since 1983. Prominent Turkish Media figure, Yavuz Baydar mentioned in his report that all media owners agreed to have regular meeting with Erdogan, in which they agree to censor news on the military operations against Kurds, all except Ekrem Dumanli, the editor in chief of the Gulen affiliated Zaman newspaper, opposed Erdogan’s request. Zaman later was closed by Erdogan regime. Erdogan’s never-ending witch hunt on Gulen Movement began after the exposure of 15-27 corruption case which targeted high-profile figures close to Erdogan government. Erdogan managed to form one-judge rule, special criminal courts to jail police, prosecutors and judges who conducted corruption investigation.

Despite Erdogan’s cover up, US federal prosecutors in the Southern District of New York have indicted Turkish state lender Halkbank (Türkiye Halk Bankası A.Ş.) on six counts including fraud, money laundering and sanctions offenses related to the bank’s multibillion-dollar scheme to evade US sanctions on Iran. U.S. President Donal Trump played a role to influence New York court as Bolton said in his book Trump was willing to influence prosecutions of Turkey’s Halkbank to assuage President Erdogan.

When Turkey’s ultra nationalist elements in the army targeted elected Erdogan government in 2004 and 2005, Gulen Movement supported Erdogan’s AKP to prevent real coup attempts. Turkey’s Constitutional court opened a case to close down Erdogan’s AKP in 2008, as the courts previously shut down many Kurdish and Islamist Parties, Gulen Movement raised a strong voice in the country to stop Kemalist judges to close down the democratically elected AKP.

It is so strange that the Economist article does not mention this Kemalist establishment which historically has been targeting Turkey democracy for a century? Today’s CHP still supports Erdogan for his Syria Operation and his most recent Libya operation. Erdogan’s forces put Kurdish cities to the ground but not Gulen followers.

The Economists biased article justifies AKP’s merciless crackdown on more than a million Gulen followers. The Economist should rather expose main opposition CHP’s opportunistic silence on Erdogan’s oppression against followers of the Gulen Movement and other minority groups.