Who wants the ‘Red’ Nile? 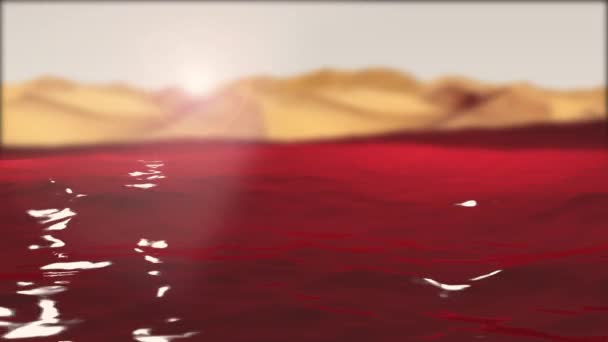 Does it make sense, really?  Out of professed commitment to their people’s lives, leaders of Ethiopia and Egypt look like they are making ready for shedding  the blood of the very people –and consequently their tears — on the River Nile –the world’s longest, the giver and sustainer of life in the entire basin.

When my rural mother visited Dar es Salaam for her first time in the early 1970s, she was shocked by the sight of how people in Tanzania’s commercial capital and East Africa’s biggest urban setting were busy selling and buying water. In her own down-to-earth vision, she told me (I don’t know even if I am using the right word): “My son, this is the lowest human morals can go. Water is life. It is a free gift from God…”

Now, she is dead –RIP. But, if she were here today, I don’t know what she would comment about what is going on in the River Nile Basin.

Towards the end of the decade of her visit, 1979 to be exact, Egyptian President Anwar Sadat said: “The only matter that could take Egypt back to war is (the Nile) water.”

As African countries set their foot back on multiparty politics road in the early 1990s, the World Bank’s (IBRD) organized a media workshop in Cape Town, South Africa, on conflicts that could arise from problems of access to cross border resources. When the workshop ended, journalists from East, Central and Southern Africa singled out water as the most likely conflict area as opposed to trans-boundary national parks and other legally protected cross-border areas.

Kofi Annan, United Nations Secretary General between 1997 and 2006, had chance to observe: “Fierce competition for fresh water may well become a source of conflict and wars in the future.” He was extremely right. Freshwater resources are not only finite. They are also distributed unevenly throughout the world and shared by many countries.

On the negative side, therefore, fresh water can be a source of conflict and, on the positive, a very good opportunity for cooperation.

On the dark side is the River Nile – the world’s longest river in which eleven African countries – Burundi, Democratic Republic of Congo, Egypt, Eritrea, Ethiopia, Kenya, Rwanda, South Sudan, Sudan Republic, Tanzania and Uganda – harbour individual interests.  As the population in the Nile Basin rises, coupled with climate change, internal, ethnic and political conflicts, the putting in place of a comprehensive management system becomes a must.

Many states are bent on using force to protect their rights over the water. Put very briefly, what we see happening has a long history behind it.  Stories of the Holy Scriptures aside, this can be traced to the 1929 agreement signed by Egypt and colonizer United Kingdom (on behalf of Sudan) allocating minimum flows to the two countries, declaring what they called the two countries’ natural and historic rights to water from the Nile, and that upstream nations had to consult them over construction projects. What a one sided agreement!

Three decades later in 1959, following tension over the construction of the High Aswan Dam in Egypt, the two countries were given annual allocations that kept other riparian countries out.  Four decades down the lane (1999), the Nile Basin Initiative came on board targeting equitable utilization of, and benefit from, the common Nile basin water resources.

Come 2010, upstream countries signed their own Cooperative Framework Agreement, automatically attracting strong opposition from Egypt and Sudan. Eighty percent of Sudan’s electricity comes from structures on the Blue Nile, while Egypt depends on the Nile River for 95% of its water needs for drinking, agriculture and electricity generation.

It is on the heels of this upstream countries’ sort of retaliatory agreement that Ethiopia in April 2011 started the non-reversible controversial construction of the Grand Ethiopian Renaissance Dam (GERD), the largest hydropower project in Africa, to generate 6,450 MW of electricity power for home consumption and selling to neighbouring countries.

At an estimated cost of close to $5 billion, the project is seen by Ethiopia as a sine–qua-non for development. The GERD is one of the projects under the Programme for Infrastructure Development in Africa (PIDA) Priority Action Plan providing employment to about 12,000 workers. PIDA is an African Union Commission (AUC) initiative, in partnership with the NEPAD Planning and Coordinating Agency (NPCA), the African Development Bank and the United Nations Economic Commission for Africa.

This is why the AUC, in November 2018, organized a two-day workshop in Addis Ababa for 24 media practitioners from across Africa to sharpen their skills on the workings of PIDA, how to analyze the impact of its work, and where to find the right data and information for effectively programme coverage.

The event was part of the PIDA Capacity Building Project (CAP) whose main objective is to strengthen the capacity of the African Union Commission, the NEPAD Agency and the Regional Economic Communities (RECs) for planning, facilitation and coordination of implementation of regional infrastructure programmes and projects necessary for enhancing Africa’s physical and economic integration and socio economic development.

GERD, however, has been a source of conflict, particularly between Ethiopia and Egypt. It has drawn both countries to beyond the exchange of war of words to swords, while Sudan has stood literally trapped in between.

Of late, there have been accusations and counter accusations. Ethiopian Water and Energy Minister Seleshi Bekele charged that the Egyptian delegation “was in no spirit for reaching an agreement.” His Egyptian counterpart responded that despite attempts to “narrow differences” Ethiopia has failed to prove it would take all necessary precautions to ensure the dam will not affect his country’s water supply, especially in times of drought.

Let’s face it. The point at issue with the GERD is not whether the dam will or will not be there. That is over. The issue is three-fold:

Sincerely, does this need Sochi or Washington? Does it need to go to war? Is there any need for force? As Ethiopian Prime Minister Abiy Ahmed said: “…that’s not in the best interest of all of us. Only negotiation can resolve the current deadlock.”  And for that reason, his request for South African President Cyril Ramaphosa mediation makes more sense for Africa.

Can the bullet make water? It can only spill blood. The current Nile Basin colours – the White and Blue — are enough for Africa. Looking for the third one, involving blood – is a non-starter. Who wants the ‘Red’ Nile?