HomeExpertsWho will sack the President?
ExpertsTop Stories On Turkey

Who will sack the President? 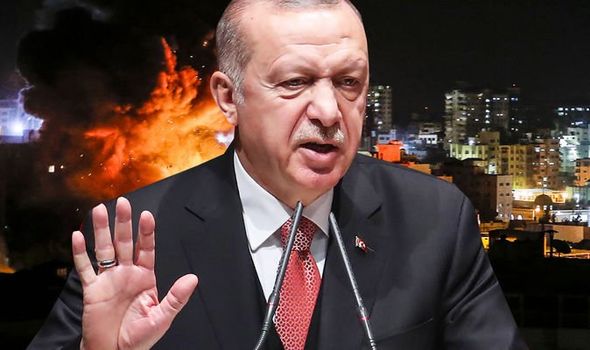 It is a typical case of the African indigenous observation on baboon character surfacing in Turkey. It is diametrically opposed to the Modus Vivendi –mode of life—of Turkish morals standards mirror, Said Nursi. It also ignores what is written in the scriptures about human-to-human relations.

News headlines flood my desk. They shout at me. Among them: “Erdogan sacks trade minister after nepotism allegations.” All are accompanied by a symposium picture of a confident-looking, bespectacled, well set, decent lady, sitting on a black executive chair, facing the mike. She happens not to occupy the whole seat. As a sub, I establish that it is not a mistake of the photographer. Her posture reveals some level of discomfort. On her left is the Turkish crescent-and-star red flag.

Before even reading the intro, my mind resists: “No. That can’t happen. Not with Erdogan. How can he pin anybody down for nepotism?”  As a trail of events starts to flow in my head, I read the intro. “Turkish President Recep Tayyip Erdogan fired Ruhsar Pekcan as trade minister after her ministry awarded a contract to a family company, “it reads. I am surprised. With the string of similar incidents denting his rule, President Erdogan would be the last person to take such a measure. He is living in a glass house, as they say in the English language. He should not be throwing stones around.

Media reports say that the move followed a TV website report that Ruhsar Pekcan had bought about $929,000 worth of disinfectants from two companies owned by her husband. Media reports differ on the exact figure. That is usual among members of the media fraternity. Their real stock-in-trade is more of words than figures. Defending herself, Ruhsar Pekcan is quoted as saying the company submitted the lowest bids.

The reports further reveal that her sacking coincided with a mini-cabinet reshuffle in which Family and Labour Ministry was split into two. Then something very interesting and contextual to Ruhsar Pekcan dismissal takes place. Would-be anti-nepotism President Erdogan appoints parliamentary whip of his ruling party, Mehmet Mus, to head the Family Ministry; while reins of the Labour Ministry go to his former advisor. Who will sack the President?

By the Transparency International (TI) definition, nepotism is “the practice among those with power or influence of favouring relatives or friends especially by giving them jobs.” On a broader basis, this could mean anything from bias, favouritism, patronage and preferential treatment on the common denominator on unfairness.

In two words, nepotism is simply an “unfair favour”. And out in the practical life, this means it can take place in many areas, including politics, business, education, health and even entertainment, association let alone. Nepotism can even penetrate society to the grassroots family level with faulty gender equity in accessing education. Nepotism can even create room for stages of genocide because for every negative there is always a positive just as for every vice there is a virtue. Otherwise, how do we explain a situation where members of certain groups in the Turkish society lose jobs at the decree of the President?

President Erdogan’s latest sacking of Ruhsar Pekcan reminds me of what the African indigenous knowledge says about the lifestyle of baboons – nothing to do with derogative comparison of primates. It observes: “The baboon does not recognize its own rear morphology.” Instead, it sees only the defective morphology of fellow baboons. It forgets that it is one among the group. In the Bible’s New Testament’s Matthew 7:3-5 we read: “Why do you see the speck that is in your brother’s eye, but do not notice the log that is in your own eye? Or how can you say to your brother, ‘Let me take the speck out of your eye?’ You hypocrite, first take the log out of your own eye, and then you will see clearly to take the speck out.

Maybe the “Balkan insight” write-off painted a better picture of the Turkey situation. In bold italic letters, it said: “In a more limited cabinet reshuffle than was expected, President Erdogan has axed Trade Minister Rahsa Pekcan after it was confirmed that her ministry bought goods from a company owned by her family.” The shakeup, therefore, fell short of the real expected remedy. It was, instead, seen as not so much as reflecting measures of a really concerned government through ignoring worse performing ministries of education and health.

It translated more into an attempt to mitigate public discontent over the Erdogan government’s mismanagement of the country’s economy, first and foremost, in the hands of his son-in-law until his resignation in November, last year.  How far can a case of nepotism not go to say it? And, for this, who will help Turkey sack (axe?) the country’s Executive President?

Restricting the economy target of this analysis, the country’s Lira  has practically been on the frying pan, sending whatever heat and chill to the economy depending on the player’s temperature. But generally, the common Turk on the ground has borne the blunt. Day in day out, that person has had to dig deeper into the pocket to make a decent living. As I was writing this analysis, the Turkish Lira had plummeted to its lowest level in the past two years against the dollar and the Euro as U.S.-Turkey relations dipped!

Stories of the Central Bank and Finance Ministry have already been told. They constitute common knowledge to a certain extent and are still burning as ever.  President Erdogan has had to come out in person to clear his name from the depletion of  $ 128 billion from the Central Bank reserves.  He told members of the ruling party: “This money was not gifted to anyone or wasted. It simply changed hands and went to economic actors … and a large part of it has returned to the central bank.”

President Erdogan was reported as supporting the resignation of his son-in-law, Berat Albayrak, from the finance ministry. Notably, the current Finance Minister Lutfi Elvan, symbolically jumping clear of corruption charges, has argued that the point at issue for discussion is more about the procedures rather than corruption per se. If this is the case, whythen was Trade Minister Rahsa Pekcan sacked on nepotism (corruption) charges when the tender went to the lowest bidder?

Turkey no doubt is in a financial crisis. The crisis, whose real case is corruption packaged in the path to democracy, which is already too rough for President Erdogan with 2023 polls around the corner. Of late, the government closed taps for apportioned state budget buffer in responding to the COVID-19 pandemic impact. Turning the taps into a sort of non-return valves, this has meant further condemnation of the country’s people, essentially the youth, currently held or trapped in the ‘economy gallows’ of unemployment comparable to Adolf Hitler’s gas chambers.

Where does the Turkey economy go from here? Pillars of democracy have since been felled. Properties belonging to some members of society perceived opposed to the government in power have been placed in public ownership (confiscated?) or placed into pro-government hands.  There is abundant evidence of companies and individuals friendly to the ruling AK Party and government getting big contracts. There have been even reports of the President being involved in business deals with former U.S. President Donald Trump for benefits going as low as to the level of Trump and Erdogan individual family members.

What goes into nepotism that is not traceable to the current Turkish regime and ruling AK Party? Who will sack the President? That is the question that demands the Turkish and global answer. But it must revolve on the axis of democracy. As Fethullah Gulen said as far as Turkey is concerned, there is: “No return from democracy”.