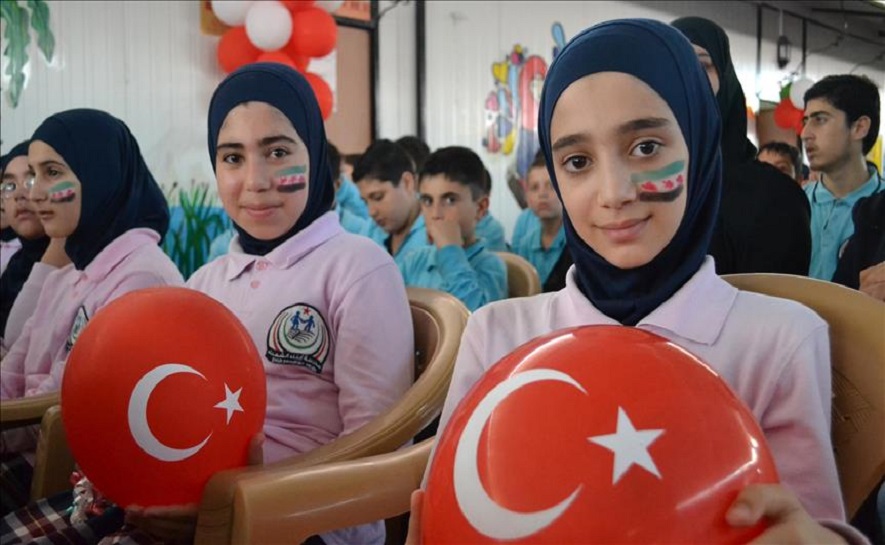 It is impossible to think purposefully about current and deep-rooted problems in Turkish society without thinking also about education. Good education produces responsible citizens. Citizens who have knowledge about their role to make their community a good and safe environment for everyone. Turkey once, not too long ago, was a country with a strong potential to transform into an enviable modern democratic state, but now is a dreary totalitarian society that stifles intellectual autonomy, critical and creative thinking, and enhances radical and extremist ideologies to thrive.

Education in Turkey has been used as a means of teaching responsibility to people, but from the point of view of a ruling class. Most Turkish citizens seem not to know the meaning and implications of democracy. Even the educated elite fails to understand and internalize its moral foundations and social philosophy. According to the recent poll, only 11% of youth identify themselves as advocates or supporters of democracy.

Erdogan’s supporters, constituting almost half of the country, adore him and agree with everything he says with no push back. Within two years after the coup attempt, at least 40,000 people voluntarily denounced their co-workers, neighbors, and relatives to the police because of their alleged ties to outlawed groups. The other half of the country lives in fear and literally hates Erdogan. The country is split in half and Erdogan has given sanction to bigotry and assistance to persecution of his critics. Erdogan’s followers make everything easy for him to transform the country into a totalitarian prison. They are well-organized to be easily mobilized. They do not lack political experience, but many claim that they are undereducated, which causes them to be easily deceived by a populist and corrupt politician like Erdogan.

In modern Turkey, the relationship between politics and education is much tighter than one would imagine. Governments traditionally have shaped the education system and redefined its goals to suit to their own ideological agendas. Anyone who has some familiarity with sociology of education knows that the education a society provides is shaped by the dominant forces in that society. Beyond doubt, that force in Turkey is a one-man rule, although it has not been fully solidified yet. The number of powerful policy actors within Turkey’s bureaucracy is the lowest of all time. The Ministry of Education that is responsible of almost all educational provisions timidly succumbs to Erdogan’s will. In many educational issues that are up for debate, they change rules that apply in favor of the regime without considering critiques.

One role of education is to hand on the cultural values, norms, traditions, and other practices to coming generations. This is known as a conservative function of education. Turkish governments have traditionally been in favor of maintaining the state’s integrity by demanding children and youth grow up in conformity with the national ethos. A modern society requires the young to be equipped with critical and creative thinking skills. This creative function is an important task of today’s education and should be accompanied by the transmission of sufficiently stable values to young generations.

Youth with critical thinking skills and intellectual autonomy who challenges authority and injustice is the last thing the current regime would want. Mr. Taner Yildiz, a member of the Justice and Development Party (a.k.a., AKP) and former Minister of Energy and Natural Resources, once confessed that the higher the level of education, the lower the support for their party. He said this in 2013, before the regime has gotten more authoritarian. Modern authoritarian regimes hold sham elections to garner legitimacy. In such regimes, education level and political participation is inversely proportional, because educated citizens believe that participation falsely legitimizes autocrats or is futile. Therefore, educated voters deliberately choose to disengage from voting. This is what is likely to happen in Turkey as citizens who value democracy keep losing hope.

True education imbues citizens with the values and skills that are necessary to question, not merely serve. Investment in education, therefore, is a potential danger to authoritarian regimes. They either use education to manipulate the hearts and minds of young citizens or attempt to completely eradicate the education system.

During Erdogan’s 15 years of education governance, no student has graduated from the K-12 within the system they started the school. There have been about 15 radical reforms (e.g., curriculum reform, the new 4+4+4 system, changes in high-stakes university-admission system) in the education system under the last seven ministers of education, all appointed by Erdogan. This is an unpredictable exhausting system, leaving parents and students frustrated.

Over the past few years, we observe ulterior religious motives in educational reform movements. With the new education system (4+4+4) that was enacted precipitately in 2012 without any pilot implementation, the number of Imam Hatip schools that were founded by the state back in 1924 to educate students to be imams and preachers was skyrocketed.  Many other schools have offered limited number of elective courses due to resource-related problems. Students are forced to select religious courses that first are introduced to be elective, because no other elective courses are available. According to Protestant Churches Association, a junior high school student who is Christian was told to choose one of the three Islamic elective courses, otherwise he was to fail due to not being able to complete the required number of credits. This is a single example from many incidents in the current education system clearly showing AKP’s view on freedom of thought, belief, and religion in educational institutions.

AKP’s philosophy of education was expressed by Erdogan who said, “We aim to nurture a pious generation.” This intention and its further motive overturned the country’s ideological and psychological norms. This was a big shift from democratic values to centralization. Today we see its harmful impacts as it has destroyed every initiative addressing the development of individual potential. Erdogan hasn’t been able to nurture a pious generation; never will he be able to attain it. I believe that he never really had such a goal. He simply wants to use anything and everything to maintain his power and control. His statement about nurturing a pious generation and its spurious reflection in the subsequent educational reform was simply an attempt to create a system that teaches citizens the skills and attitudes that the regime wants them to have. It can give Erdogan the opportunity to mold Turks the way he wants to remain in power.

Many national and international reports point to flaws in Turkey’s education system. The Organization for Economic Cooperation and Development (OECD) administers the PISA test to assess and rank the education systems in countries around the world. According to the most recent results, Turkey underperformed the OECD average in all three subjects: science, mathematics and reading (see Figure 1).

Again, according to PISA results, Turkish students do not feel part of a school community. The average level of students’ life satisfaction is one of the lowest among OECD countries. Although Turkish students’ performances in academic indicators are one of the lowest, they spend a significantly greater time studying than students in other countries. On average, a 15-year-old spends about 24.5 hours/week studying after school. These results are well expected, given the country’s declining support for education and the complete downfall of its education system. Turkey is the last country among OECD countries in total expenditure on educational institutions per student. It has the largest shortage of education staff among the countries participating in PISA.

I have placed most stress, and I think rightly, on how Erdogan transformed society and state apparatus to take control of all aspects of life within such a short period of time. Education has been the most fragile field that couldn’t withstand against the regime’s ruthless drive for more power. The damage has been tremendous and is likely to be much worse, because it impacts the young generation who will shape the country’s future. Turkey needs its educational institutions to embrace the notion of satisfying students’ individuals needs and the productive and creative functions of the society. There is no other way, during 21st century, to maintain its place in the modern world, than by having democracy and democratic education.

It is hard to be optimist by looking at what is going on in Turkey. I am not optimistic, but I am hopeful. I want to say, like Cornel West, that hope is not the same as optimism. Optimism looks at the evidence to see whether it allows us to infer that we can do ‘x’ or ‘y’, whereas hope says I’m doing it anyway. Hope is participatory. Education is a social force. Although it develops the changes already decided by the ruling power, Turkish citizens can initiate changes because they can be critical of their society. They can have a great influence in the community if they choose. Their power will not prevail without support from other social forces, but people should never underestimate what they are capable of. This critical spirit, while remaining constructive, can prepare youth ready for positive changes. 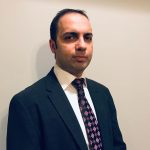