Why children are dying in Yemen? 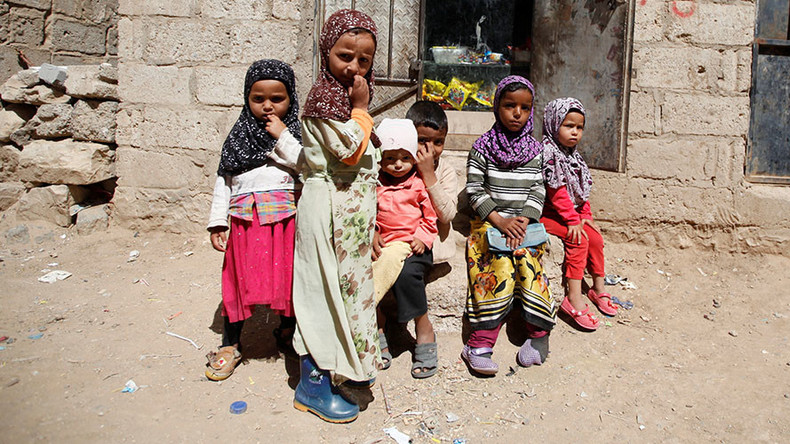 Responding to the violent deaths of five children in the Yemeni port city of Hudaydah in March, Henrietta Fore, Executive Director of the United Nations Children’s Fund (UNICEF), said that Yemen’s civil war continues to take a “horrific toll” on children.

Ms. Fore said that “in Yemen, children can no longer safely do the things that all children love to do, like going to school or spending time with their friends outside. The war can reach them wherever they are, even in their own homes.”

In Yemen today, in every 10 minutes, a child is dying from diseases and starvation that can be easily prevented. They often find themselves separated from their families and at huge risk of physical harm, violence, abuse or sexual exploitation. Children, if severely affected, can suffer from physical and psychological damage that can last a lifetime.

The war and blockade on Yemen have had devastating impact on Yemeni children. Vaccination rates have decreased, and diarrheal diseases incidence has increased among children. Anemia and malnutrition have increased among mothers and children. Protein-rich food is urgently needed for the affected population. Children in Yemen need protection from infectious diseases. Immunization activities need to be secured and provided to ensure disease control and prevent potential outbreaks.

Besides vaccines, and with the destruction that affected the health system in Yemen, essential medicines, antibiotics, deworming medicine, and hygiene kits should be available to those who need them. Urgent efforts to secure these products and public health and health care services are urgently needed. Furthermore, Yemen needs support to provide clean water and proper sanitation to reduce the burden of disease. The international community should urgently secure sustainable food access to all Yemenis and target households with internally displaced people. Tremendous efforts are needed from all stakeholders, including the World Health Organization, the MOPHP, and others, and financial support is required from donors to reverse this situation. (El Bcheraoui, Charbel, et al. “Health in Yemen: losing ground in war time.” Globalization and health 14.1 (2018): 42.)

According to the World Food Program, even before the war started, Yemen had one of the highest rates of malnutrition in the Arabian Peninsula. With the ongoing war, malnutrition is rising, and hunger now affects almost half of the population. An estimated 14·4 million people, almost half of whom are severely affected, are unable to secure their food needs.3 According to UNICEF, a striking ten of Yemen’s 22 governorates are on the edge of famine, as defined by the five-point Integrated Food Security Phase Classification (IPC) scale. (Eshaq, Abdulaziz M., et al. “Malnutrition in Yemen: an invisible crisis.” The Lancet 389.10064 (2017): 31-32.)

The truth behind why this is happening in Yemen still remains unclear.

Houthis seized humanitarian aid and diversion of food assistance.
In Yemen conflict the major competitors in the war are:
• The Coalition forces supported by Saudi Arabia, UAE and the USA
• Houthis rebels: supported by Hezbollah and Iran.

According to many humanitarian organizations in the field, Houthis ensure that humanitarian aids are not reaching those people who rely on it to stay alive; so the coalition forces and hostile forces must respond to the Houthis demands.

Yemen is facing one of the world’s worst Water, Sanitation and Hygiene (WASH) crises, as deteriorating WASH infrastructure contributes to a cholera outbreak, and represents one of the underlying causes of malnutrition in the country.

Lack of drinking Water sources forced children to travel for long distance on foot to bring water from far sources such as wells and water springs. So, they are exposed to animal attacks, bandits and the risk of falling in wells.

The war in Yemen has completely decimated the health care system

• Complicated delivery: The Yemeni mothers and children are dying without medical care.
• Heavy bombardment and airstrikes combined with continuous fighting, with few ceasefires allowing for humanitarian activity, have hampered citizens’ access to health care and increased the pressure on the health facilities that are still functioning.
• Lack of Health access of health facilities; the health facilities in Yemen are no longer functional either because they were hit, they were already in poor condition or they happened to be close to military targets.

• Children in Yemen are often abducted by the armed groups, but some are lured in by promises of education, security, money and status, and others are indoctrinated or forced.

The war and siege on Yemen had a devastating impact on the health of women and children. Urgent efforts to secure food, essential medicines, antibiotics, deworming medicine, and hygiene kits, and cold chains for immunization are needed. Yemen is in dire need of clean water and proper sanitation to reduce the spread of disease, especially diarrhea.