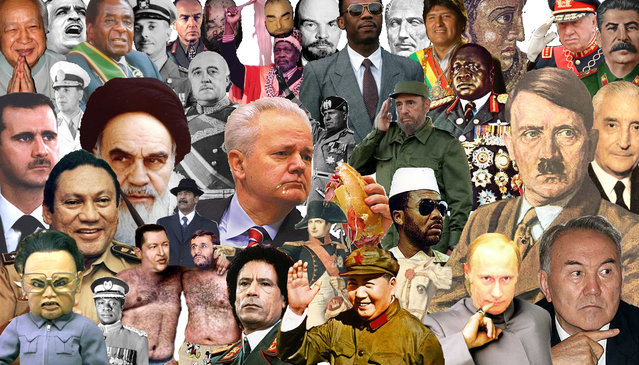 Unlike democratic leaders, dictators benefit from increasing instability, all variety of crises, deepening uncertainty, prevalent fear, profound hopelessness, unbearable desperateness and the inevitable need for authoritarian power. They always dream and long for such days full of inextricable incidents in which each citizen expects an intervention from the governing rulers to terminate the growing turmoil and to bring the old good days back. Perhaps that is why, in such circumstances, authoritarian rulers tend to postpone their formal interventions in order to becloud the crisis and eventually to increase the unprecedented desire to great power.It is argued that is this explains what is going on in Erdogan’s Turkey amidst coronavirus contagion.

Turkey is proud of the prevalence of its young generation. The ratio of baby boomers in Turkey’s population is 9.1 percent, meaning that 7.5 million seniors live across the country.

According to the WHO and the spread of fatality cases in coronavirus around the world, elderlies are the premium target of the virus. So, at least 7 million Turks are under the death threat by the contagion.

In addition, roughly 25 million of the population belong to Gen X that is considered the second major target of the contagion. Therefore, more than 30 million individuals out of 80 million contain a major likelihood to get infected by the pandemic unless the Erdogan regime gears up and takes mandatory precautions to protect its own people from Covid-19. Despite this solid danger, Erdogan has been cleverly hiding in his million-dollar palace – self-confined within 500-meter social distance and compassed by the best doctors of the country.

Compared to the palace, there is chaos, concern and the lack of precaution in the streets across the border – exclusively in Istanbul and Ankara. Even medical staff is fighting the pandemic defencelessly. In one of his press releases, Dr. Sinan Adıyaman, the Head of the Turkish Medical Association, said that the Ministry of Health fails to supply masks to the medical doctors dealing with coronavirus cases. ”I was informed that physicians are provided with just one mask a day. First and foremost, the Ministry of Health must protect medical personnel,” Dr. Adıyaman urged.

The government allocated a huge budget of 59 million Turkish liras to operate state health institutes for 2020. Despite this major budget and the million-dollar construction of Erdogan’s new palace, patients cannot be provided with enough beds in state hospitals, forcing patients to get diagnosed and sleep on plastic chairs within zero-meter social distance for days.

Turkey experienced the same negligence in the case of Umrah visitors. Hundreds of people who just returned from Saudi Arabia were quarantined in university dormitories while many of them were released from airports and allowed to merge into public without seeing any isolation or test. Even some of them were caught by the police while escaping the isolation dormitory.

The Turkish Medical Association considers this negligence the major culprit of the rapid spread of the virus in the country. Because at the beginning of the contagion, the number of Covid-19 cases in Saudi Arabia was way higher than it is in Turkey. Once the Umrah visitors landed in Turkey, the sum of cases jumped from 2-digit numbers to 3-digit numbers at once. A medical supervisor at the Ankara University Medical Faculty Hospital is investigated over video footage in which she was addressing to the emergency physicians and saying that coronavirus cases skyrocketed after the Umrah visitors were allowed to go their homes. She was forced to apologize from the public after the secret video record went viral on social media.

Here is another negligence costing lives. The government has failed to supply testing kits to hospitals. In one of his interviews Associate Professor Yavuz Dizdar, a famous Turkish oncology specialist and medical writer, said ”Having not provided coronavirus test kits, the Ministry of Health is preventing the coronavirus diagnosis. Why? Because they strive to belie the real number of the pandemic cases,” and added, ”this virus has already come to this country and infected 60 percent of the population.”

The same assertion was stated by Dr. Adıyaman too. ”I am informed by the members of my association that the real number of cases is much higher than the reports released by the government,” he said.

Yet nothing has changed so far. None of these warnings could achieve to convince Erdogan to take broader and useful measures suggested by medical organizations against the pandemic. Like happened in Italy days before the contagion wildly invaded the entire country and ended thousands of lives, people freely flooded to the seashores and picnic sites to rejoice the surprise ”coronavirus holiday” in Istanbul.

President Erdogan and The Minister of Health Dr. Fahrettin Koca are extremely complacent with the pandemic. Erdogan stated that his government will turn the Covid-19 pandemic into an advantage by exporting goods to the infected countries.

Since releasing the new cases at midnights, Dr. Koca is accused of hiding the truth from the public. Although medical associations’ reports are indicating 5-digit numbers, Koca said, ”We lost 59 patients so far. The current number of patients tested positive is 2.433.”

All in all, it is no longer a rumour that the government has failed to take early action to save its citizens’ lives from the claws of the virus. It is unfortunately believed by many that Turkey will not be better than Italy soon.

Yet why might Erdogan want to drift the entire country to the edge of such a deadly abyss?

It is argued that dictators tend to fabricate and promote a chaotic need in the public in order to increase demand for an unmerciful fist. In order to survive, authoritarians require and delight a profound need for them in the public.

This formula explains why and how Adolf Hitler set the German Assembly fire in 1993. Hitler used the Reichstag Fire as an excuse to erect the German Fascism and to eradicate revolutionists – a secretly fabricated need and a well-planned massacre in response.

Like his predecessors did, Hitler too enjoyed the overwhelming desperateness to practice his dictatorship. Deliberately neglected intelligence efforts – against the sabotage – accompanied by the late intervention to the fire was not an innocent coincidence. The formula of ”perfect negligence plus intentional lateness” did deliver what Hitler most willed at the time.

Likewise, the coup committee in 1982 and Erdogan in 2016 used the same method: neglect, wait, hit and get.

It is asserted that as some soldiers were reporting the intelligence service about preparations for a possible coup before 15 July, Erdogan was planning his fabricated post-coup victory: neglect, wait, hit and get.

For sure, the coronavirus contagion has nothing to do with coups or will not be harnessed to fabricate another coup. Yet it cannot be denied that like many authoritarians Erdogan would and did take advantage of this chaos to reinforce his reign.

It will not be a big surprise that Erdogan will suddenly appear on television channels to announce his ever toughest coronavirus fight plan just on time when the pandemic initiates to murder thousands: neglect, wait, hit and get.

By doing so, he will re-achieve to consolidate his political illusion indicating that Erdogan is a lifesaver who is indispensably needed for greater good, health, happiness, certainty, stability and for a powerful country.

Like a real hero, a brave redeemer and a live dictator. 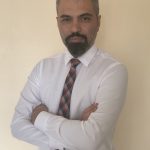