HomeExpertsWhy fear a national debate on the Rohingyas?
Experts

Why fear a national debate on the Rohingyas? 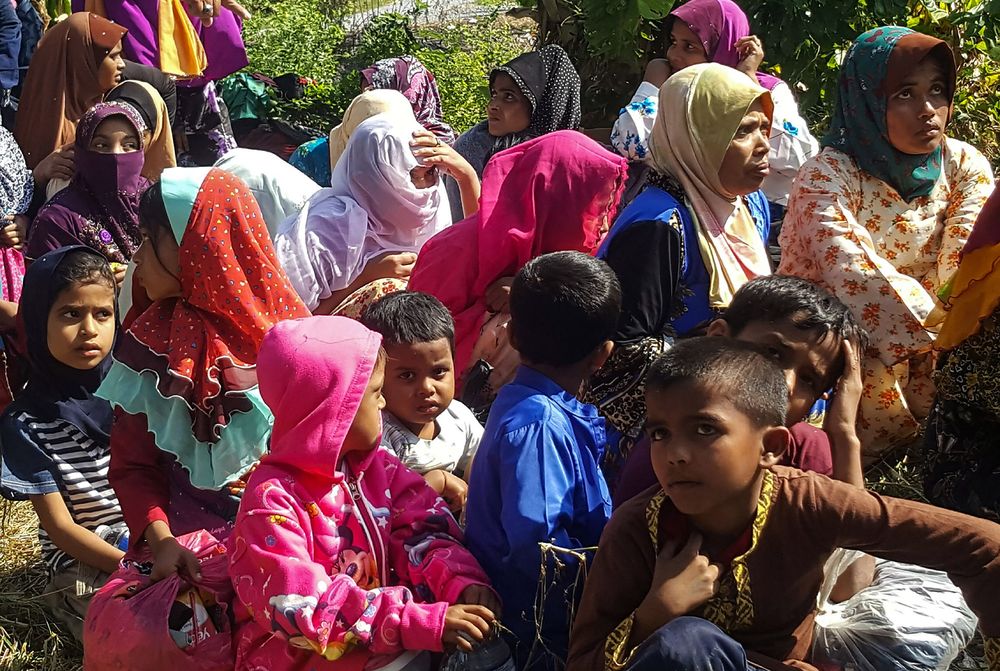 My most recent article on the Rohingyas with a proposed solution to their plight, was pulled off my column in Malaysia after 24 hours. I was informed that there were too many negative comments from the readers on the community of economic refugees, currently under Malaysian scrutiny. My article was well-received. I told the editors I respect their decision.

I maintain that I write to educate, not aggravate. My 333rd. article for the public. Yes, all three hundred and thirty-three of them all balanced — a hybrid of academic and educational-popular writing for the masses. I cannot control how readers react to what I have written. That is my basic calling as a writer — I answer only to my soul and my conscience.

I thought, in my usual style, I wrote a balanced view on the solution for the Burmese-Bangladeshi refugees, looking at all angles, juggling facts and opinion. Many readers loved the piece, I sensed. A few seem to disagree. I understand. I was just trying to frame the issue wisely and offer a humane solution based on social pragmatism and national security. But people started getting upset. The danger of the comfort zone. Or not understanding the sociological concept of “dialectical-cultural materialism.” Malaysians will need to grow up with. The danger of labelling oneself as this and that kind of thinker. But we’ll evolve. Because we must.

Didn’t we in Malaysia recently call ourselves inhabitants of the “book capital of the world” (Kota Buku Dunia)?

Ah … that’s why it is difficult to lecture on these kinds of multidimensional view in Malaysia, perhaps? But we are doing good in getting to that ideal of the “culture of the American classroom” which takes pride in encouraging difficult dialogues.

If, as claimed, each refugee can pay 15,000 Ringgit to come to this country, why not use it in that island — to build a new society? As I’ve said in the previous article, the Rohingyas need to be in that island in the Bay of Bengal, build by the Bangladeshis. They need to use their creativity and what is offered, to build a new civilization. The world agency UNHCR/UNICEF can help. Given an island to settle in, down, and for, Rohingyas can do wonders I believe. Just like what the Jews did with Israel when they were given the land and the 1947 birth certificate called The Balfour Declaration. NGOs can help them through the United Nations or thorough initiatives by the ASEAN (Association of South East Asian nations.)  But the Rohingya people need to think and act too. They need to examine their history, and why things are happening now, and how they wish their future to be. They need to adapt fast, given opportunities and hope to flourish, in a designated world. We live in a world where there is no free lunch, every day.

From Barisn Nasional to Pakatan Harapan to Periktan Nasional — ruling-coalition parties since the early 80s, we have weak governments dealing with illegal immigrants and refugees! No strong sense of realpolitik, even. It takes decades and centuries to build national unity and identity. Don’t let it be destroyed by illegal immigrants and “refugees.” No country should be burdened with refugees and illegal immigrants when they are struggling economically. The problem with politicians and NGO leaders wanting the refugees to stay is that none wants to be like Mother Theresa. Or a hippie in a commune in Southern California.

Failure to exist peacefully in Myanmar and to contribute peacefully to society, led to their catastrophe. Maybe. If you wish to be legal, use the proper channels. Citizenship comes with rights, responsibilities, privileges. If the Selayang vegetable towkays are demanding to legalize the illegals quickly, we have got a problem of national dignity. We must then investigate where the illegals are living. We said we are good upholders of the rule of law. Prove it then.

The Bangsar Liberals, the Punk Rockers, Wannabe Marxist scholars, Skinheads, Airheads, the Metal Heads, the Leftists are all good champions of refugees. This is very good. In cyberspace, I have learned a lot from their lamentations on the nature of justice and why the refugees must be allowed to stay. But I need to understand what they are arguing for. Or against. I need a clear sense of the kaleidoscopic and multidimensional nature of their argument. The practical and nationalistic implications of their idealism.

I’d say this over and over again: Don’t hate the Rohingyas. Help them relocate safely to their new home in the designated island build by the Bangladeshis. Once the Rohingyas are safely settled in the island, NGOs and political parties can visit and help them build a new society. We have the technical expertise to help them build a brave and safe new world close to their countries of origin, Myanmar and Bangladesh. They don’t need to be in Malaysia. They have a better place there.

Help them with the relocation. That’s the goal and intention. It is a problem of humanity and nationality that must be approached with the best available alternative. That’s the whole point of my recent argument and article. We hope China can help with its better sense of humanity and speed of doing things than many countries. My admiration for the superpower which is saner than the United States when it comes to being benevolent and selfless towards the poor nations. Understandably: the US is one huge corporation-nation. A military-industrial complex, by another name.

Mind you: Malaysians are not asking them to be sent back home merely out of cruelty. But for national security and safety. Agree? Maybe the Rohingya leaders in Malaysia should go back to Myanmar and make peace with the government. And then flourish.

NGOs fighting for “human rights” are good. As long as they are not being transformed into instruments of ideological dominance and seekers of foreign money.

“Humanity” is an elusive concept seen under the microscope of nation-state. “Imagined communities” too. Words like “ummah”, “First, Second or Third international” “universal human rights” have become problematic in this “refugee-debate”. What’s the point of glorifying the constitution & honoring citizens when one opens the borders wide with open arms to aliens? After Peace of Westphalia, debates on refugees and their rights in Malaysia must be guided by the primacy of the nation-state.

If Malaysians shy away from the debate on refugees, the next generation may suffer from the violence of ethno-nationalism. Maybe Malaysians lack understanding of the history of the Rohingyas as both of ambiguity and political-economy of identity.

Fear not to engage in rational debates concerning refugees and the illegals, before your own existence become a question. Dark side of rationalism? Sometimes if you mount a good against hegemony, it can be terrifying for many.

Safely, wisely, diplomatically, legally – help the Rohingyas go back where came from. But fear not this difficult dialogue on national security.