WILL ECHR PASS THE JUSTICE TEST? 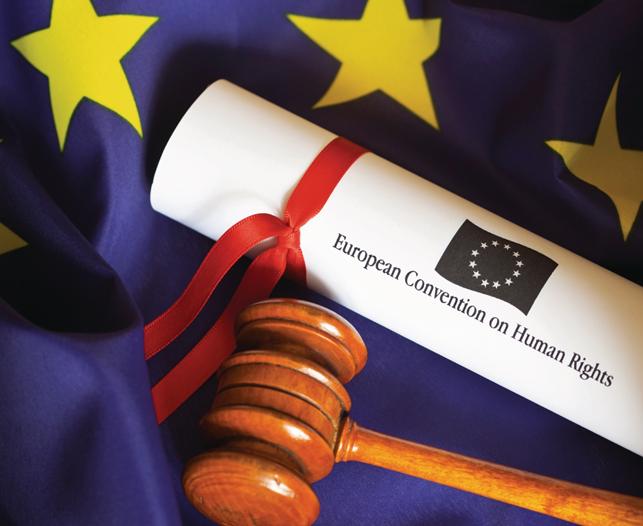 Recently, there has been a significant development about the European Court of Human Rights (ECHR). The court, which had rejected the application forwarded by Feza Medya Grubu (Feza Media Group) that also owns Zaman Newspaper, answered a bill of exception in the affirmative this time. This development might be a starting point of the change about the human rights in Turkey, and it is also a move capable of sweeping the skepticism over the ECHR.

Grim reality is that the ECHR could not reflect a fair performance for the applications received by them. For example, the justice mechanisms, which had been working fairly for the liberal intellectuals such as Sahin Alpay and Mehmet Altan, was not so fair towards other writers who had experienced the same unjust suffering. Is it possible to have double standards in justice? Despite the fact that there are thousands of violation of rights by using The Movement as an excuse, how could ECHR ignore so many injustices?

The image of the ECHR has not damaged in one day about them using double standards for the applications of the journalists. For example, Hidayet Karaca, the General Manager of STV (Samanyolu TV in Turkish), has been behind bars for the last four years. ECRH does not even open the case file of Karaca, who has been in prison for years because of a scene in a television show. Another example; the ECHR application of Mustafa Unal (and many more journalists) is being swept under the mat. ECHR, which accords rights for some of the journalists, does not do the same for Unal, the Ankara representative of Zaman. The accusation is the same, so is the bill of indictment, but the approach of the ECHR is different. What kind of justice is this?

Exactly for this reason, it is very important for ECHR to accept Zaman’s application now, which was rejected before.

Let’s remember; why did Zaman make an application to the ECHR? Zaman had objected the illegal appointment of a trustee by the Erdogan regime, and claimed that the practice was both against the Turkish Constitution and the universal law.

Unfortunately, ECHR could not realize the unlawfulness in Turkey, and suggested to “exhaust the domestic law”. However, both the constitution and the legislation are suspended at present. The courts have already entered into Erdogan’s service. The appointment of trustees to Zaman Newspaper and other media centers sufficiently demonstrates how the constitution is being trampled on. You want to see how?

The related article of the Turkish Constitution. Article 28 reads: “The press is free, and shall not be censored.” The exceptional supervision articles are listed underneath this article, but these articles do not allow the seizing process of the Erdogan regime. There is more, article 30 reads exactly; “A printing press or its annexes duly established as a publishing house under law shall not be seized, confiscated, or barred from operation on the grounds of being an instrument of crime.”

Mandatory provision of the constitution is quite clear.

No government has the right to abolish the freedom of press, which is guaranteed by the constitution, and to seize the printing press, building, papers etc. The individuals, who executed this savage practice, has committed a crime against the constitution. So, what happened eventually? Free press does not exist in Turkey anymore. And do you think ECRH has clean hands in this desperate scene?

According to the tangible information, which appeared in the final report of Turkey Purge and is based on the official statements, Erdogan government has shut down exactly 189 media outlets within the recent years. This terrible crime against the constitution had started by targeting the Ipek Media Group and Feza (Zaman) Media Group first. Back in those days, the media groups, which adapted the “let sleeping dogs lie” proverb and kept silent, either received a trustee, or were banned and eventually shut down. There were many different circles of belief, civil society organizations, and different ideologies within these media groups which were shut down.

While the provision of the constitution prohibits the confiscations, how come Erdogan, who takes reckless steps towards the way of dictatorship, managed to have the police raid these media organizations and disseized them? They shamefully wangled: They warped some of the articles concerning counter-terrorism and announced the media organizations as terrorist first, and then disseized them. There wasn’t any judicial ruling while they were being announced as terrorists. They were announced terrorists without any legal basis due to the accusations of the partisan prosecutors, and their right of defenses were abused.

The journalists are not terrorists:

The only occupation of the journalists are writing, and journalism. Furthermore, the most basic rule of law was ignored: No statute is above the constitution! Meaning; you cannot carry some practice into effect by abusing the statutes, which is prohibited by the constitution…

ECHR must have held firm from the very beginning by saying: “The practice you are carrying out is both against the constitution and the international agreements you signed.” Unfortunately, they advised to go to the domestic courts first, and should there be no resolution, to appeal to the Constitutional Court of Turkey (abbrev. AYM – Anayasa Mahkemesi).

Without a doubt, this process must be followed under normal circumstances, but Turkey was going through and extraordinary period, and the local law was the playground of a dictator. Today, higher judicial bodies and the Constitutional Court are enslaved by Erdogan. He is the one who appoints, he is the one who supervises, and he is the one who gives orders…

The silence of the ECHR about the fundamental rights and freedoms, and the violation of rights rocked ECHR to their foundation in terms of credibility and respect. Furthermore, the law was singled out for criticism and it was only a mere spectator against the terrible massacre of justice, when OHAL (abbrev. OHAL, Olaganustu Hal, State of Emergency) was announced after the planned coup attempt back in 2016. ECHR was under suspicion due to the doubts. For example, there were voices around that the budget of ECHR had received a huge amount of aid by the Turkish government, and that was the reason for their silence. Personally, I never wanted to believe that, because I did not presume such a global and rooted justice institution, which is a door for hope for many in the world, would drown in such small relations.

I am still hopeful about ECHR. It is indeed a very important and valuable development to see them put the Zaman application on their agenda. Hopefully, there will not be any extralegal developments which will cause another new disappointment. The provisions of the constitution is very clear, and it is heartbreaking to witness the status of the freedom of press right now. The most suitable thing for ECHR is to continue their pioneer and arbitrator position in respect of justice… 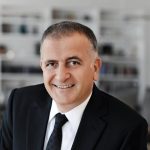