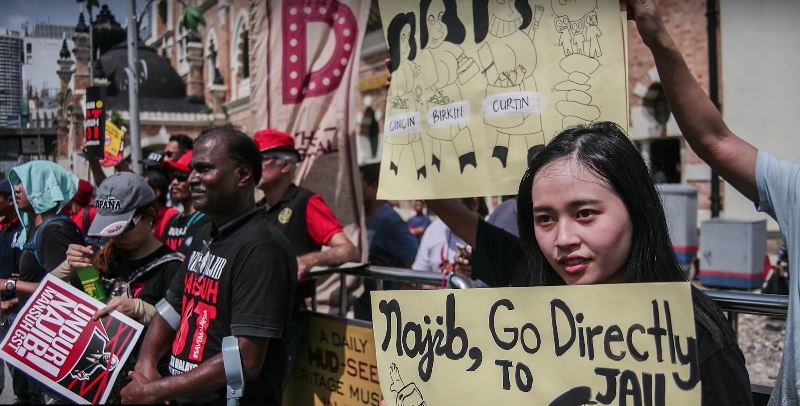 The United Malay National Organization party, which is in power since 1957 has lost its power after the election held on May, 10.

92-year-old Mahathir Mohamad, called his mentor, took the power from ex. leader of the party and ex. Prime Minister Najib Razak by an overwhelming vote rate. Right after the election, in scope of the corruption and bribery-related operations against the overturned Prime Minister Razak, boxes stacked with Dollars, diamonds were confiscated from his house. It had been announced by the news agencies that the overturned Prime Minister fled the country on his private jet despite the ban on traveling abroad.

To me this election had some other effects than destroying the 60-year power, being knee-deep in corruption and bribery and making it give account on its deeds. An exactly one year ago, my father Ismail Ozcelik and two of his Turkish friends were illegally extradited from Turkey to Malaysia, only because of their connection to Fethullah Gulen’s movement. At that time, former Prime Minister Najib Razak and Minister for Internal Ahmad Zahid were the two persons to put their signature on this act of lawlessness. Furthermore, despite my father being recognized by the United Nations as refugee, it is clear that this extradition was performed upon a personal agreement between the corrupted political actors, ruling the two countries. Either way this is not a covert event. Before the situation that happened to my father, again, when two persons related to Mr. Gulen were extradited to Turkey, the Minister of Foreign Affairs Mevlut Cavusoglu had expressed that it was performed upon an agreement between the two countries.

Of course, there is no need to forget the pawns in the game played by those actors on top. Ex. Ambassador of Turkey in Malaysia Basak Turkoglu had won the approval of Turkey’s authoritarian leader due to her outstanding effort in the event of kidnapping my father. During that period, the ambassador visited the Ministry of Internal Affairs of Malaysia for days and insured my father’s extradition. No doubt, those unlawful efforts will get back to her as an espionage crime. However, this is another subject.

Let us get back again to the election in Malaysia.

I can understand the overturned Prime Minister willing to flee the country. He got so much deep in corruption and bribery that the end of his power would not be easy anyway. Because, as mentioned by the new governor Mahathir during his speech after the election, the leader, having gotten the rule of law knee-deep in corruption and having committed so much lawless acts, must have been very scared at the moment. The future seems even worse, keeping in mind the conditions in prisons of Malaysia.

The conditions in prison, where my father had spent about 50 days, might have made the overturned Prime Minister hold back from giving account. Thinking of the Picture, in which 100 prisoners were kept in  rooms for 20 people, facing the Malaysian heat in the rooms without even a window, no clear water at all, narcotics prowled around, systematic cursing and insulting, no closed toilets in the rooms at all, as well as constantly jammed toilets that turned the rooms into the total dirt, it’s normal for the overturned Prime Minister to try to escape such a future.

And of course, thinking of this situation in Malaysia, it is impossible to keep Turkey out of mind. I am thinking about the future of government of my country, where my father and many other officers connected to Mr. Gulen were kidnapped from other countries, arrested and gotten restricted from all the freedoms, with thousands of people imprisoned.

The phrase “Will Turkey become Malaysia?” frequently used for some time comes to my mind. But I don’t think so; because Turkey, for some time having taken an example of Malaysia’s political Islam, makes one say “horn has passed the ear” when it comes to corruption, bribery and freedoms. Currently Turkey, under the power of the authoritative leader, loses a chance of becoming even Malaysia. And there is not even a Mahathir Mohamad to step forward from AKP and make it stop. 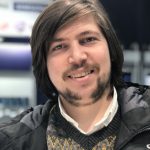 Suat Ozcelik
Suat Özçelik is a journalist and the author of 'Freedom of the Turkish Press: Events and Photographs 2014'
RELATED ARTICLES
Experts