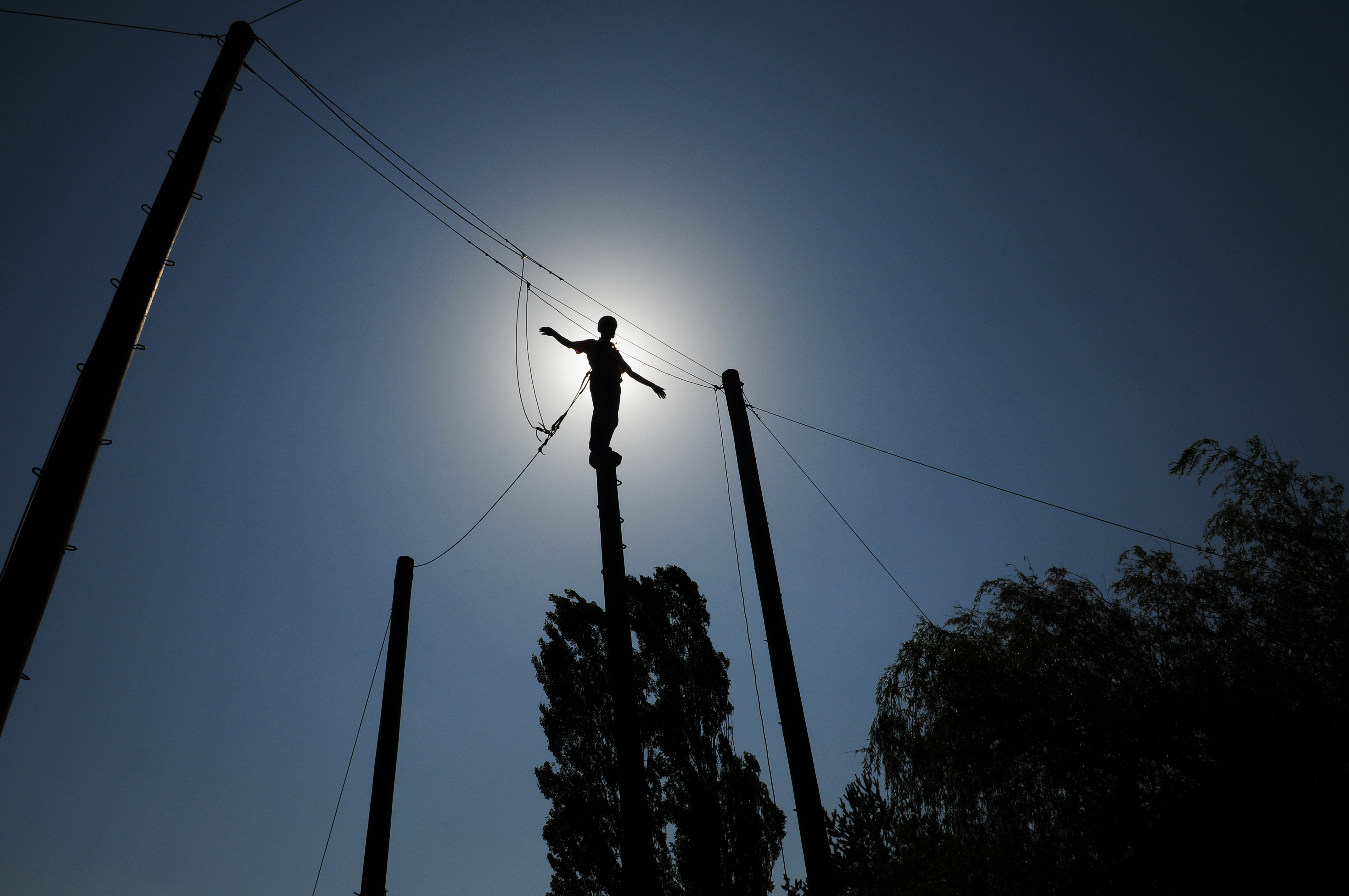 When entitling this article, I was inspired by the newly-published book written by Preet Bharara, former federal attorney of Southern District of New York, who had prosecuted Turkish-Iranian Businessman Reza Zarrab in the United States. Preet Bharara had titled his book “Doing Justice” where he also talked about the incidents concerning Reza Zarrab.

Preet Bharara explains in his memoirs the steps taken by Tayyip Erdogan in order to protect Reza Zarrab right after he was arrested in New York.

“In the final weeks of Obama administration Erdogan personally met with Vice President Biden… He had two principal agenda items. He demanded that I be fired and Zarrab be released. He spent half of his ninety-minute conversation with Vice President Biden discussing Zarrab’s prosecution. Erdogan’s wife even brought up the case with Jill Biden. The Turkish Justice Minister at the time visited the then attorney general, Loretta Lynch, and demanded Zarrab’s release. Erdogan discussed the case with Obama too. Imagine that I was not fired, and Zarrab was not set free. Ultimately, after months in jail, Zarrab flipped, pled guilty, testified against his co-defendant, and implicated Erdogan in corruption during a trial that took place…”

Bharara states that his Twitter followers increased up to 250 thousand people from only 8 thousand after the Turkish people started seeing him as a hero after the arrest of Reza Zarrab, and he explains the following about it:

“Zarrab’s leading role had earned him significant social and fiscal capital in his country, orchestrating deals worth almost 10 billion dollars in 2012 alone, his hubris once prompted him to promise his wife, a Turkish pop star, that he would buy her the planet Mars… What happened to the charges in Turkey? Zarrab escaped them. He was not convicted… Reza Zarrab had a get-out-of-jail-free card named Recep Tayyip Erdogan, the president of the country. The case against Zarrab implicated Erdogan’s own government, several of his cabinet members and their sons, and even Erdogan’s own son Bilal… Erdogan attacked and removed the prosecutors. He demoted and reassigned thousands of police officers. He reassigned judges. And he released Zarrab and cabinet ministers sons from jail after seventy days behind bars. He blocked journalists from investigating government actions. Then he fired and arrested police officers, including Istanbul police chief… He disbarred and arrested prosecutors, judges. He shut down media outlets… He expanded his own presidential power to propose members for the High Council Of Judges and Prosecutors, which appoints and removes judges across the entire country. Turkey has descended into greater and greater autocracy… Because my name, appeared on the indictment, people from Turkey offered me praise, thanks, and kebabs. One very generous twitter user offered me Turkish raki, shish kebab, lokum, Turkish carpet. To which I replied, well I do love shish kebab, but I don’t think I can accept gifts just for doing my job… Songs were written about me, poems penned also..”

“Why all the celebration?” says Bharara… He says the way justice is not secured in Turkey is just like the killing of a baby inside a mother’s womb. Bharara, who explains how Erdogan started to attack him and invented lies about him after he couldn’t manage to stop the lawsuit in the US, continues his words:

“Erdogan publicly lied about me and said I was a disciple of Fethullah Gulen, a Turkish Muslim cleric living in exile in Pennsylvania and the face of an influential Islamic network in Turkey. I had never even heard of Gulen until he was mentioned in the press after the Zarrab’s indictment was unsealed. Erdogan also accused me of helping to aid the unsuccessful coup against his government in 2016. I have never set foot in Turkey. Though I wish I had visited that beautiful country.”

Reza Zarrab explained to Preet Bharara, his team, and the FBI officials one by one about how he was released out of prison thanks to bribes in Turkey, about the wheel of funds worth 20 billion dollars, and how he donated millions of dollars to the charity of Emine Erdogan. “Number one” codename was used for Erdogan, who is the head of this wheel, throughout the statements and court records.

It is now easier to understand why Erdogan said “Obama has been deceiving me for 8 years”… He also said about Bharara: “An individual who is fed by the Cemaat”.

Because he couldn’t intervene with the legal proceedings in the US, and as well as he couldn’t save Zarrab, he also revealed all about the dirty mechanism.

Despots believe they will remain in power forever. However, they hit a wall sooner or later. Erdogan lost the municipalities in Istanbul and Ankara after the local elections last week… Nothing would hurt him more than losing Istanbul. That is why he is shocked. Because he started the chains of partisan media and businessmen with billions of dollars of Istanbul Metropolitan Municipality, and he is here today thanks to this.

The point I find the most meaningful is the fact that he lost Istanbul to somebody whose surname is Imamoglu (son of an imam)… Erdogan, who calls himself the Imam of Istanbul and knows no limits for exploitation of religion, loses Istanbul to someone like Imamoglu. You can look at this matter as the first signals of the downfall of a dirty and corrupt order.

Eventually, Erdogan’s relationship with Malaysia will come to the surface during this process one day… He was saying “my brother Najib” to Najib Razak, the overthrown prime minister of Malaysia. He organized the first kidnapping conspiracies of the members of The Movement in Malaysia. Such an irony of fate, the trial of Najib Razak, former Prime Minister of Malaysia, has started last week. A Western journalist had captioned “Malaysia’s Biggest Thief” for Najib. He embezzled 681 million dollars, and Malaysian police showed his revealed jewelry and bags in front of the cameras to the world after his houses were raided. The jewelry gifted to his wife is worth 27 million dollars. Najib was bought luxury houses in London, New York, and California. The total worth of corruption is more than 8 billion dollars… The Treasury of US froze 1.5 billion dollars of this money. The 379-page book titled “Billion Dollar Whale” written by two Wall Street Journal reporters, Tom Wright and Bradley Hope, reveals this incident conspicuously. Najib also has a man similar to Reza Zarrab for his dirty work. The journalists nicknamed this person “Whale” which is a well-known idiom in the financial world.

This book, which was selected one of the most successful books of 2018, read and praised by Bill Gates personally, is only one of the sorrowful robbery stories in the Islamic world… In my opinion, if a book would be written in the future titled “Biggest Robberies of the Islamic World”, Najib Razak could barely enter the top 20. For example, the money left by Gaddafi was 200 billion dollars.

Think of Turkey… Reza Zarrab is only the tip of the iceberg… The matter in Turkey is so big that I think the individual in Turkey would race for the leadership with Gaddafi in the book “Biggest Thieves in the Islamic World”. The story of Najib was revealed with the documents in Malaysia. It is just a matter of time for Turkey now…