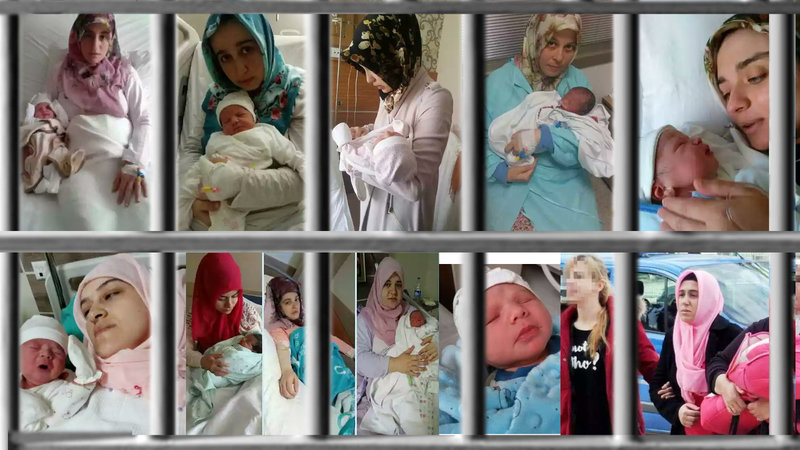 Two days to the 2020 International Women’s Day, I meet a friend, a doctorate holder and sociologist. He asks me: “FK, what is your next contribution this time?” He is a regular Politurco platform subscriber. Next day, another one sends me a message: “As for (of) now, 4,000 women political prisoners” (in Turkey). The message is received.

This is the 25th year – one generation—after the Beijing Declaration and Platform for Action, which was chaired by my country, Tanzania. The world is still talking of unmet goals pertaining to women’s rights.  This year’s theme: “I’m Generation Equality: Realising Women’s Rights,” confirms it.  Children, who were born at that time, have children, whose mothers’ rights (and theirs is they are female) are still on the hook.

From New York at the UN Women Headquarters, Executive Director Phumzile Mlambo-Ngcuka, is (simply) quoted as highlighting 2020 as the year for gender equality and calling on everyone of every gender, age, ethnicity, race, religion and country, to tackle the persistent barriers. The world is sensitized: “Hundreds of millions of women and girls alive today were married off when still children…”

And what do you expect the world picks from her? It’s a typical misconception.  So, what do we have? Liberian women choose a sex strike, while those of Iceland take a “Women’s Day Off.” Is sex the major global gender issue? The world has to go beyond this if is to address the pertinent issues. This is where, we humans, go chaotic. Animals seem to be better organized (more rational?). From which brains do they get this better rationale?

This is where I found a message from a friend bringing the plight of the women in Turkish jails to light a worthy message to send to the world on the International Women’s Day. Today, there is much talk about 50/50 gender representation on all platforms. That is fine. But what really matters is what kind of 50/50 are we looking for? Is it just the question of numbers?

Talk about gender issues cannot deliver if basic human rights are shelved. Before one becomes a woman, one has to be human. In Turkey today, it is said 4,000 women are held in jail as political prisoners.

Opposition People’s Democratic Party (HDP) MP, Leyla Guven, was quoted by Morning Star newspaper as warning that women were held as political prisoners – many of them on trumped up terror charges– have been tortured.  Of what use is the 50/50 representation in parliament minus human rights?

She was herself jailed for opposing Turkey’s illegal war and occupation of Afrin in northern Syria last year. As MP for Hakal, in Turkey’s largely Kurdish south-east, she went on hunger strike against the continued isolation of Kurdistan Workers Party (PKK) leader  Abduullah Ocalan that spread across  Turkish prisons.

She told the newspaper that “Turkish female political prisoners were attacked by security forces in the international week of the protest against gender violence quoting their lawyers as saying female prisoners were tortured brutally.

One woman was allegedly detained and tortured in Bakirkoy Prison after declaring “no war” on social media and refusing to give a blood and saliva sample and submit to an internal examination.

At least 100 police officers and soldiers were reported to have raided the cell and subjected 16 women to brutal beatings and torture. Reports are nasty, bordering on “kicks in the genital area” while others suffer terrible back injuries and are subject to solitary confinement.

On the occasion of the International Women’s Day, the Kurdish Women Student’s Association (JXK) is running a postcard for women in Turkish jails for political reasons. “Women in political prison cannot take to the streets with us on March 8. We did not and will not forget them.” Women in Istanbul carry placards declaring: “We will never give up freedom.

Later I learn a sock of the day. The 4,000 figure is actually reserved. There is the bigger and more representative story of the International Women’s Day in the Turkish perspective.  This is a global petition t’ “Free 17,000 women imprisoned in turkey under witch-hunt carried out by Erdogan Government.”  From the horse’s mouth, the following is what the petition – targeting 15,000 signatures on the day—puts forward. I signed in. By that time the figure had exceeded 12,000.

Turkey has fallen to the 101st position out of 113 countries in the World Justice Project’s 2017-18 Rule of Law Index. There has been wide spread concern that fundamental rights and freedoms and the rule of law in Turkey have eroded since state of emergency was announced in July 2016. Turkey has ranked in the bottom tercile in six of these eight areas.

Yet the government policies and practices far exceeded its declared aims or objectives and cracked down hundreds of thousands of victims, 17,000 of them women that have nothing to do with the putsch

The motivation behind this unprecedented crackdown on women is to create a chill factor in Turkish society and intimidate people from exercising their rights including freedom of speech, assembly and other liberties.

Logic follows that if the regime goes to this extreme in jailing women who, in some cases, have just delivered babies or are pregnant and subjecting them to torture and ill-treatment in detention centers and prisons, the prevailing perception will be that nobody is safe from the wrath of Erdogan and the government

Therefore many women feel stigmatized, isolated in their own neighbourhoods, and even if they are released from jail. In some cases they were declared pariah among their own immediate and extended family members who are afraid of the government.

Turkey has violated a number of international conventions, especially with respect to the rights of female detainees and their children. The abuse of women and children ranges from sexual abuse to physical torture and ill treatment. Pregnant and elderly or sick women or women with babies were denied effective access to healthcare, their visitation rights were ignore and they were threatened with the persecution of other family members including their children.

This inhumane treatment leaves a mark on many women and children that in some cases may have a permanent effect on their wellbeing and health.

The petitioners go on to file a three-tier plea for finding a solution. This is to:

That is the river of tears flowing from Istanbul to New York on the 2020 International Women’s Day. The Archbishop of San Francisco, the Most Reverend Salvatore Cordileone, could not be more right when he observed: “Few people are willing to suffer targeting and deprivation of freedom for the sake of justice.” Somebody, somewhere must rise up and tell the king: “Your Lordship; you are naked.” The Turkish government has no costume. It has celebrated the Women’s Day “naked”.