Woodstock 1969 and A Gangsta Memoir’s Pilgrimage 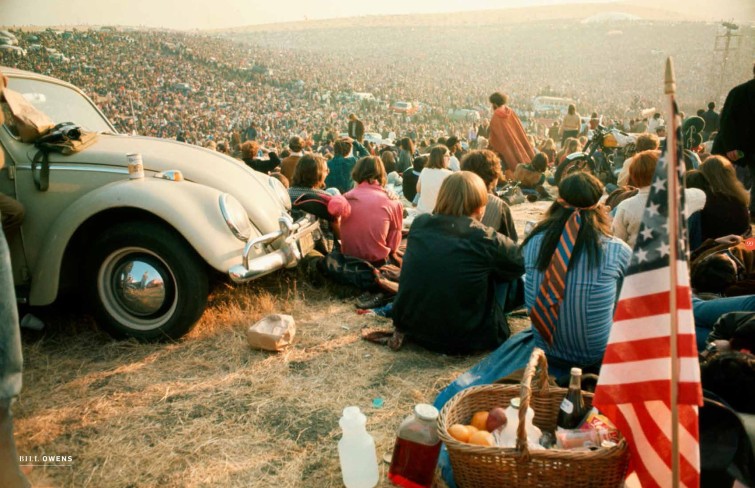 When I was writing my memoir, Grandma’s Gangsta Chicken Curry and Stories of my Hippie Sixties (published by Penguin Random House in May 2021,) I had three places in mind for me to use as locations of my “place-based history”. My village in Majidee, Johor Bahru in Malaysia, Haight Ashbury in San Francisco where “Summer of Love” was erected, and Woodstock, in Upstate New York. These places would be in my mind as interplays and interconnected conceptual locations, and heteroglossia of my narrative of growing up.  In them, I saw the complexity of American democracy at work. And finally understood why Americanism could be a strange brew and an addictive substance of the mind, body, and soul. A Ying and Yang of political consciousness.

I was in Haight Ashbury about three years ago. Memories of my village were rocking and rolling in my head as I went on a tour of that historic town. Jimi Hendrix stayed there for a few weeks “rehearsing” for that grand show Woodstock. That was the “Summer of Love” of 1967. Two years before the great rock festival of the Sixties.

The next stop, as I gather materials for my next memoir, will be Woodstock, the historic site of the iconic years of the Hippie Sixties. –

The day came on a Sunday. Below are my notes on the much-awaited visit. A final stopover of my “road trip of the soul,” as a recent feature article on my book interview by Malaysia’s foremost newspaper The Star, put it.

Today was a good day. A pilgrimage to Upstate New York, to the site of the historic concert of the Sixties. WOODSTOCK! Where Jimi Hendrix, The Who, The Grateful Dead, Janis Joplin, Santana, and many others played.

My memoir narrated what happened in the Hippie Sixties, right there in my village. I lived through it as a “little ethnographer”. Glad to be able to tell gangsta stories of my Hippie Sixties.

Three years ago, I was in Haight Ashbury, San Francisco, California when I was in the middle of writing the memoir, GRANDMA’S GANGSTA CHICKEN CURRY AND STORIES OF MY HIPPIE SIXTIES.

Today, I brought my book to the site where history was made, and how globalization of ideas worked, and how I too was part of it.

I read this poem at a gathering of students and professors of Creative Writing, when I was writing the memoir. The reading was much appreciated especially by those who grew up in the Sixties and Seventies. One professor and a radical poet from Boston, Massachusetts said that he’d love to co-write rock poems with me! A nice word of appreciation there.

But the words below came out of the songs playing in my “Classic Rock head” for days. When I am not working on my memoir chapters, I’d write rhyming verses – of anything that was coming out of my head at that moment. And anything I am still angry about.

But the poem below is not about anger.  About lyrical nostalgia. About what will forever be part of me. Rock logic. Rock consciousness. Rock as a spiritual force of liberalism in me. Yes, that contentious word “liberalism”, hated by many who read my political writings.

i fell asleep one evening when the band was playing

there was a stairway to heaven

where the dust in the wind could be seen

smoke on the water rises up

excuse me while i kiss the sky i heard Socrates say

i am but a soldier of fortune

searching for that black magic woman

in a city we build on rock and roll

where time is measured in rock of ages

i have become a highway star

a child in time

all these as i clench my soul

and look into the eyes of the poet Neruda

and grab Rimbaud by the neck

to force words of the divine out of him

rolling stones, we have become

who. who the hell … is the Quadrophenia of my generation

they called “Maria Maria” of a sonnet of the sage Santana

ahhh … while my guitar gently weeps

as I let everything be

of a yesterday in memory of Michelle ma belle

i bathe myself in the poetry of Rumi

and in the pentatonic oceans of that profound harmony

of a Django Reinhardt

in the shelters of many a gypsy

i shall continue to close my eyes

while the music plays on

and while everything around me

and each soul searches for nirvana

where death on two legs aplenty

And thus, through my memoir, I recorded my stories. Though too young I was to be a subject or object of the Hippie Sixties in my village in Johor Bahru, in post-British-colonial Malaya, I remembered details I saw. Vivid,  many of them. I could still hear conversations of the folks high on ganja playing in my head. I could not resist telling stories of joy, laughter, sorrow, melancholy, and poignancy of those years. Perhaps I was a “child anthropologist” at that time. Little did I know that I was going to work closely with a French anthropologist at Columbia University in New York city, on the anthropology of cybernetics. Forty years later.

I will continue to meditate upon the microbial phenomena of the symbolic interactions in the society I left behind and in the one I  now fondly call home!