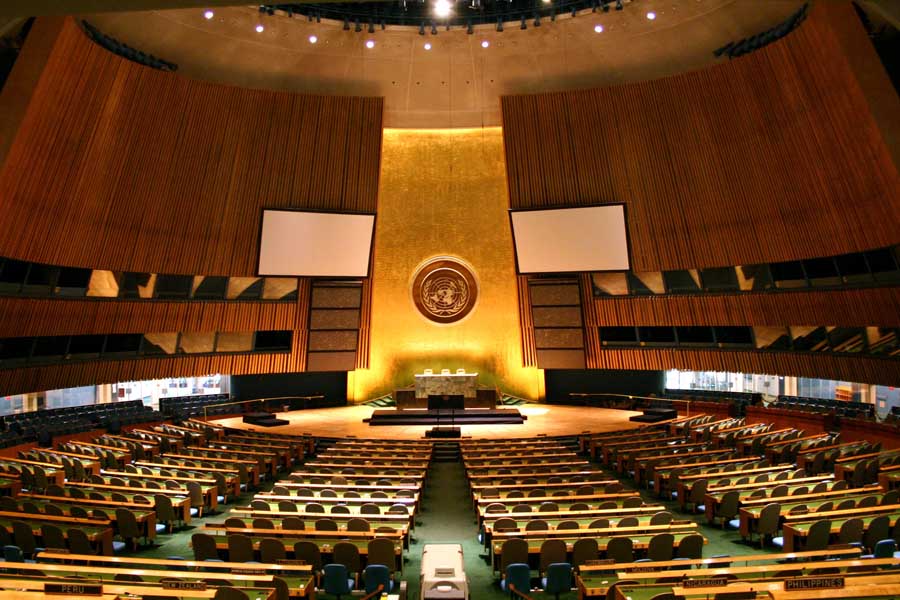 It’s September. Global media catch the ‘UNGA’ fever, so to say. In my region on the world planet, where the Kiswahili language has just been adopted as one of the official languages in the 16-member countries   Southern Africa Development Community (SADC), this stands chances of giving rise to a wide range of scenarios.

Scenario One: In the circles of combating the notorious world problem of narcotics, human trafficking, money laundering and organized crime, ‘UNGA’ is the nickname specific for all forms of drug abuse.

Scenario Three: To Heads of State and Government and all those in the orbit of the 193 member countries of the United Nations, it’s the ‘UNGA’ season standing for the United Nations General Assembly in New York. This time round, it is the 74th in the series.

A whole litany of scenarios can be written about ‘UNGA’. But it suffices to stop here and dig into the affairs of Scenario Three.  The unquoted UNGA is one of the six main organs of the UN, where several world issues on the table embracing peace and security, development, international law and the like, are thrown to the global floor for discussion.

News from New York headquarters reveals Africa sticking its neck out. For this year’s session, Ghana is occupying the first seat in the Hall. The presidency goes to Nigeria with Permanent Ambassador Tijjani Muhammad-Bande prioritizing peace and security, poverty eradication, zero hunger, quality education, climate change and inclusion of all.

What else could one expect from the Nigerian scholar-cum-diplomat in the full home experience of the Boko Haram? This is representative of the world crisis today. Prof. Muhammad-Bande thus promises full “collaboration…to ensure greater attention is paid to prevention rather than reaction to full blown conflict. I will also advocate for effective early detection and early warning systems, as well as mediation, negotiation and peaceful settlement of ongoing conflicts.”

The true picture of the world is one of proliferation of political and armed conflicts. In this aspect, the Middle East, in all its goupings, is the hot bed. Syria is the typical example.  For one thing, Syria at one point in history stood for a home of inter-religious harmony.

Today, more than three million people have been displaced in an emerging civil conflict that has drawn in foreign armed interests into the picture. The United States and Russia are there displaying and selling sophisticated weaponry on the detriment of the lives of common people. Iraq has not been any different.

Consider what is taking place now in post-Muammar Gaddafi Libya. Very latest media reports talk of the eastern-based army of Libya announcing the killing of more than 90 members of UN-backed government forces in battles and airstrikes. This vicious war, which has been going on for about five months, has already claimed thousands of lives and displaced almost 120,000 civilians.

The Middle East countries aside, the rest of the world is littered with indiscriminate political crises and armed conflicts, which put on a wide range of masks. How can the world forget the Bosnia-Herzegovina crisis? In the very recent past, the world has come face to face with grim extremist incidents in Christchurch, Colombo and Oslo.

Government forces in Myanmar have had to mount a crackdown on the Rohingya community. Armed militant groups have committed abuses on human rights in the Central African Republic.  Central to all these incidents and many others abound in the world is the rise in racism, discrimination, intolerance – sometimes regardless of religious or denominational touches.

The question here is: Why is all this happening in the wake of the fact that there is no religion which advocates hatred? Why have world communities come to the stage of taking hatred and distrust as mutual aspects of the 21st century human dwellers? How come that some of the perpetrators of anti-humanity actions fall back on religious beliefs? What has gone wrong? Where is the cure?

Today we humans have no time for one another. Followers of the Abrahamic religions – Judaism, Christianity and Islam—no longer live their faith. Judaism, Leviticus says categorically that “when an alien lives with you in your land, do not ill-treat him …. (He) must be treated as one of your native-born. Love him as yourself, for you were aliens in Egypt. I am the Lord your God.”

Christianity calls for (or rather orders) love.  The Good Samaritan parable mentioned in the St. Luke Gospel sends the message of going out to helping strangers even if this contradicts traditional norms.

In every way, Muslims are called upon to stand up and challenge racism and intolerance. If Christians followed the raised values, there would be no practices of racism, intolerance and violence against other people. Judaism targets at seeing to it that violence and intolerance are reduced.

Even in Hinduism, the Vedas declare:”No one is superior or inferior. All are brothers and all should strive for the interest of all and progress collectively.”

If, despite all this, racism, racial discrimination, intolerance and fear of the other still dominate the human relationships pertaining to the contemporary world, the answer lies in going back to religion. This is the missing link.

There is need for inter-faith linkups. Dialogue between people of different religious backgrounds in a must. To borrow from the language of environmentalists, this is the way to establish a sustainable change. Lasting change is not enough.

It is here that the world could also borrow from the words of Pope Francis during this visit to Bosnia in 2015. The Catholic Pontiff said: “We need to communicate with each other; to discover the gifts of each person, to promote that which unites us, and to regard our differences as an opportunity to grow in mutual respect.”

This is the pro-world peace magic worth sending to the 74th United Nations General Assembly (UNGA) currently going on in New York rather than “F” and “S” ground-to-air ballistic and anti-ballistic missile antes. The world cannot survive but die on these options.  The most effective weapon for peace on earth is dialogue and return to religious teachings.