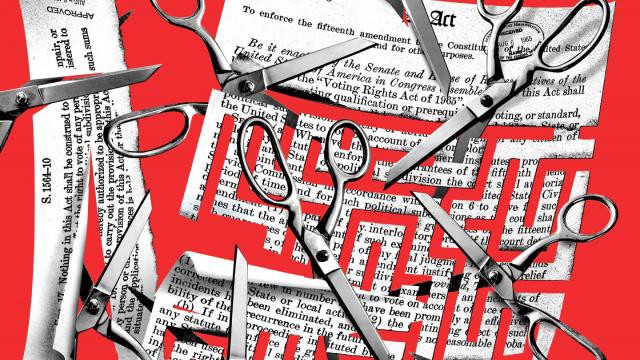 Now we know. Thanks to the latest report released by the University of Cambridge Bennett Institute of Public Policy youngest arrival, the Centre for the Future of Democracy. That, as proudly adorned with the 21st Century computer specified ground and space suits; the world is literally still going relatively naked basing on public opinion on the-rule-by-the-people norms dating back to about four centuries before Christ.

Titled: “Global Satisfaction with Democracy 2020”, the report goes beyond the test of authenticity and timeliness. Having come out towards the end of January, this year, it also covers the ‘Anglo-Saxon’ democracies, Europe, Latin America, Sub-Saharan Africa, Northeast Asia, the Middle East, Southeast Asia and South Asia.

It is said that for every positive there is a negative. Positive as its heading suggests, yet the lead author, Dr. Roberto Foa, from the university’s department of Politics and International Studies, says: “We find that dissatisfaction (not satisfaction) with democracy has risen over time, and is reaching an all-time global high, in particular in developed countries.”  He dares personalize it and asserts: “Across the globe, democracy is in a state of malaise.” The message is clear. Democracy (as a political systems tool) is wearing and tearing out.

Read this quote from the report. “In the recent years, there has been an especially acute crisis of democratic faith in the Anglo-Saxon democracies – the United States, Australia, Canada, New Zealand and the United Kingdom. Overall, the proportion of citizens who are ‘dissatisfied’ with the performance of democracy in these countries has doubled since the 1990s, from a quarter, to half of all individuals.”

In the words of the head of the new centre, Prof. David Runciman: “We need to move beyond thinking about immediate crises in politics and take a longer view to identify possible trajectories for democracy around the world. This means distinguishing what is essential to democracy, what is contingent and what can be changed…”

In these circumstances, could Greek philosophers Socrates (c.470-399 BC) and his student Plato (428-347 BC), who both hated democracy in their own way, be right? Socrates was very much concerned with moral values. Taken as the father of political ethics or moral philosophy, he left behind a method (elenchus) of examining key moral concepts such as justice.

To him, voting was not an exercise to be undertaken randomly. Letting people vote without education was irresponsible. The ‘system’ got tired of him. He was put on a framed charge of corrupting the youth. History has it that all the same, by a narrow vote margin (democracy?), a jury of Athenians found him guilty and sentenced him to death. The quality of democracy or its practice can only be as good or lacking as the education cloak it is putting on. Socrates himself died regretting that he never knew he was so unwise to be a politician and say the truth.

Plato, his student, is recorded in history as founder of a school of thought and academy taken to be the first institution of higher learning in the Western world. He attacked (hated?) Athenian democracies for what he called mistaking anarchy for freedom. His assessment of the day was one of just a collection of individuals occupying a common space (mob?) rather than a form of political organization.

One cannot envy the Centre for the very challenging task it has assigned itself ahead. Today, democracy is almost everything and everything almost democracy, if I were allowed to meander a little. Spices making up the nasty tastes of the report’s menu items obtainable in many countries find root in political systems bearing very wide, varied and infinite number of facets.

It is gratifying that the Centre has practically vowed to go beyond the newsmen’s (and women’s of course) 5Ws and instead, concentrate on the “H” (how) aspect. It wants to concentrate on establishing “how democratic decisions get made and how can they be made differently? How can the consent of losers and outsiders be achieved? How can the use of technology be brought under democratic control? How will democracy not merely survive but flourish in the future?”

Reading between the report’s lines, one gets a very unusual – but good—aspect of conducting the study spanning more than two generations besides covering a wider and representative area of the world. This means that from the findings, it is possible to draw a democratic median between ideas that attract the citizens under twenty-five and those over sixty-five years.

The major study aspect in this case is establishing the degree of intolerance between the youth and the aged. This has a bearing on how political systems are run. Temperaments aside, imagine drawing a meaningful nuclear median for world peace between North Korean Kim Jong-un (36) and US President Donald Trump (73). How do you go about it when Russia and China big brothers are watching? We look forward to a solution from the Centre.

Rule of the people – democracy – implies elections. How does it happen that the people end up making aristocratic elections instead? This is another how. Today it is the elite who make it to places of elected leadership in Sub-Saharan Africa. In some countries, even where people are likely to misspell their own names, one must have a university degree to contest certain poll levels. Contesting is a citizen right. It is not an intellectual but birth right qualification. How does one become an incompetent citizen?

Elections are congruent to a game. For every game there are pre-set rules. These rules are supposed to remain intact until the league winner is determined for subsequent crowning. How are rules modified during the run?  How can a situation arise whereby a poll exercise ends up with democratically elected leaders –according to rules in place — but without legitimacy? That can only happen in George Orwell’s Animal Farm where some animals are more equal than others.

It is here that former US President Barrack Obama’s observations about democracy come to light.  He said: “So we have to stop pretending that countries that just hold an election where sometimes the winner somehow magically gets 90% of the vote because all the opposition is locked up or can’t get on TV is a democracy.

“Democracy depends on strong institutions and is all about minority rights and checks and balances and freedom of speech and freedom of expression and a free press and a right to protest and petition the government and an independent judiciary and everybody having to follow the law.”

Look at senseless conflicts abound in the world. Consider their consequences in terms of death toll and subsequent problems of migrants hitting very badly women and children, some of whom are unaccompanied! Stories of jailing women and nursing mothers and pregnant women are not rare. All these are taking place under the guise of national security and enhancing democracy. Whose democracy?

Governments have failed to deliver. Consider the coups of all colors, populist or authoritarian leaders who have come on stage and the extent to which the independence of parliaments, courts and civil society has been eroded. Where are the orchestrated democracy qualities of transparency, responsiveness and free of corruption?

How is the Centre going to take the world back there? Plato himself, for fear of corruption held: “Guardians should not be allowed to own property at all so that they may not be swayed by personal gain but will always consider what is best for the City.” Most of the world leaders we have today consider the best for themselves instead. They amass wealth. They fall in the African indigenous knowledge condemned category of: “Those who keep watch of the gourds are the ones who break them.” Everyone must contribute and wish the best to the Centre for the Future of Democracy in carrying out the daunting task it has set itself. From Africa the message is: “Democracy, like the Serengeti, shall never die.”