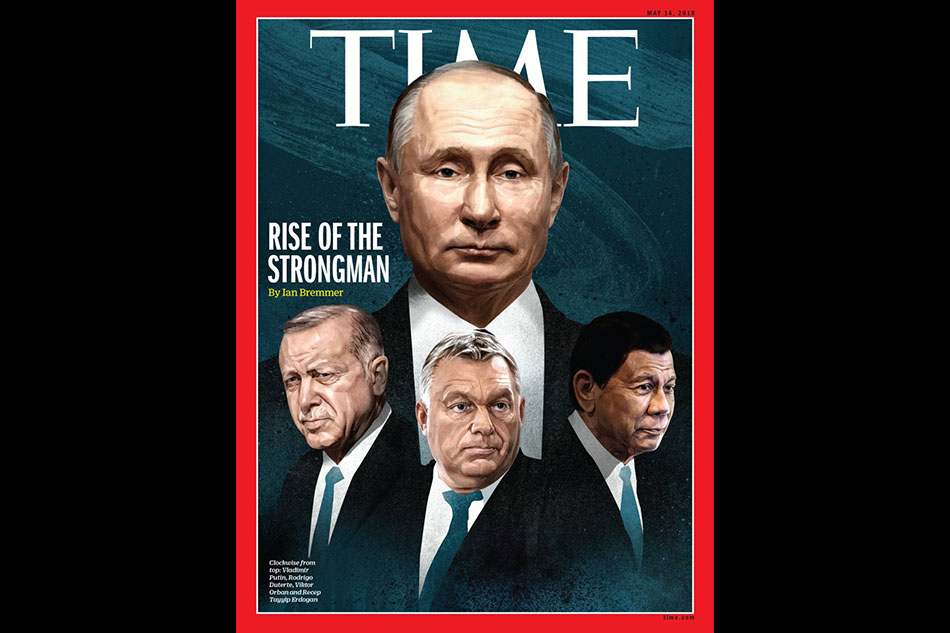 Except for Russia’s Vladimir Putin and China’s Xi Jinping, tough men in leadership are having hard times. Putin and Xi lead giant countries in terms of territorial size, military might, and geopolitical muscles. They get what they want, whether constitutional or not.

Few other men, among them Rodrigo Duterte of the Philippines, can claim that freedom to straddle their countries. Duterte attracted attention with his ruthless crushing of drug dealers and silencing US President Barack Obama using what Obama termed “colourful language”. The others experience tough times that undermine their image of toughness. Some tough men forced citizens to boot them out. While the Zimbabwe military removed Robert Mugabe in a civilized coup, the military was not as nice to Hosni Mubarak in Egypt, Algeria’s Bouteflika, and Sudan’s Omar al Bashir. What the four strong men had in common was that they had overstayed in office and had forgotten that hungry people can be very “revolutionary”. Shortages of food and basic necessities explain the Bashir uprising.Many would-be tough men fall short and watch their dreams turn into nightmares. Those facing nightmares include Emmanuel Macron of France and Mauricio Macri of Argentina.

They promised to turn everything around by overturning “socialistic” activities only to face unexpected uprisings. Macri sought to destroy the de Kirchner 12-year-old legacy of 21st Century Socialism with vigor. He picked a fight with neighbouring Venezuela to please the United States, and cheered as Venezuela went through various manufactured crises. Less than four years later, Argentina has serious socio-economic crises of its own and Macri looks helpless.

Similarly, Macron, after replacing socialist Francois Hollande, entertained big dreams. He dreamt of making France an alternative to the United States, as a power centre, by championing such global issues as environmental protection and climate change. With no desire for his own children, he went about dismantling French “socialism”, increasing taxes, and cutting down on “benefits”. Instead of becoming a hero, he now is saddled with the “yellow jacket” movement and has no idea how to get out of it. Macri and Macron, two right-wing ideologues in trouble with their own people, started as tough men who now experience hard times.

Donald Trump in the United States and Recep Tayyip Erdogan in Turkey face bigger problems. Both men imagine they are tough and they are, at least, unorthodox. At loggerheads with the media which accuse them of lying, they display signs of intolerance. They should get along but they do not.Erdogan is particularly pressed as he competes with Kemal Ataturk, the maker of modern Turkey, and a Sufi cleric named Fethullah Gulen. After winning presidential election, with Gulen’s help, Erdogan went on gigantic building sprees in search of greatness. He built the world’s biggest ambassadorial complex in Mogadishu, started training Somali military, and dreamt of reviving the Ottoman Empire.

He showed interest in the European Union but the Europeans ignored him. The 19th Century European mind-frame was that the Ottoman Empire was the “Sick Man of Europe”, probably because its large Oriental/Muslim component made the European aspect “sick”. Ataturk had unsuccessfully tried to cure the “sickness” by forcing Turkey to look European. Erdogan forgot that still lingering mind-frame and lesson. With Europe rebuffing him, he concentrated on harassing his former ally and purging universities, the military, and the judiciary of people he believed were Gulenists. His assertion that a Sufi recluse in Pennsylvania was a terrorist to be extradited to Ankara was not convincing. Not even Trump was willing to buy into Erdogan’s claim that Gulen was a terrorist.Erdogan and Trump have performance misery in common. Trump has problems convincing people of his seriousness. Although he imagines himself greater than George Washington, he is like Andrew Johnson, Warren Harding, and Richard Nixon. He displays deep xenophobia and Islamophobia while relating to one of his toughest critics, Congresswoman Ilhan Omar. He faces impeachment possibilities because he reportedly lies repeatedly.

With few exceptions, political leaders who imagine they are tough have hard times. Their bulldozing ways encounter stiff resistance from their supposed subjects. They end up as miserable beings, watching the greatness they seek elude them.