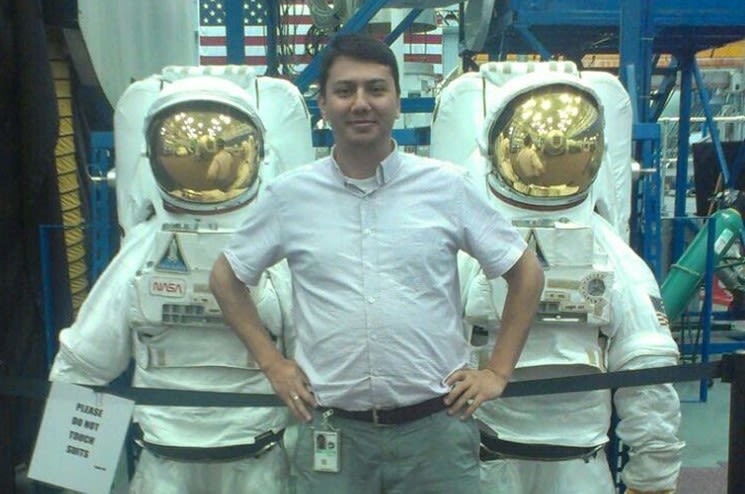 In a desperate attempt to stop further bleeding of the country’s depleted human resources after an irrevocable brain drain, Turkey’s president and senior leaders call on Turkish scientists living abroad to return to their homeland. Both President Recep Tayyip Erdogan and the ruling party representatives, though grudgingly, appreciate the fact that Turkey faces a shortage of capable, able men who would pull back things from breaking apart amid undeniable signs of impotence and lack of coherence across all sectors of the bureaucracy in the post-purge era.

In this respect, the president, in a speech last year, directly called on Turkish scientists abroad to return home to contribute to the scientific and technological production in Turkey. For someone familiar with the recent course of events over the past two years, the call appears to be an oxymoron, a self-contradiction that lays bare the paradoxical world in which Erdogan and his government live. It would be professional suicide for any scientist to go back to Turkey given the fact that many people from the scientific community languish in prison on bogus charges in politically-motivated trials.

Take Serkan Golge from NASA, a distinguished, young scientist who was on a vacation with his family in southern Turkey when the coup attempt took place in July 2016. After a tip from a distant relative, he was imprisoned in relation to the botched coup. Turkey’s authorities tried him on coup-related and terrorism charges. After that, his life turned into a nightmare, so do for his wife and kid who were stuck in Turkey, with Golge in prison. Numerous attempts by the U.S. officials to secure Serkan’s release have yielded no result. The Turkish authorities have not budged. Over flimsy charges, he was sentenced to 7,5 years in prison. Although seemed inconceivable, he spent his first year in solitary confinement.

Understandably, the Turkish president has long relished the idea of boosting local technological efforts and advancing industrial production at home. But there is an unmistakable disconnect between political wishes and the world of realities.

For the government’s desire to happen, rule of law, transparency, critical thinking, robust economic investment and encouragement of local scientists are indispensable elements for success. With more than 7,000 academics being purged with scant evidence and no due process, with universities are in constant thrall to toxic nationalist rhetoric that pervaded layers of the academic community and institutions, and with members of academia facing the ever-present threat of political interference, the longing for the homecoming of scientists would be a preposterous idea, if nothing else. Who can trust the current Turkish government for full-fledged academic independence? Who can guarantee that they would not end up in a prison cell after trumped-up charges?

Nobody from the government has the credibility to offer reassurances to scientists that those fears would not materialize one day. Unfortunately, Turkey has become an open prison for journalists and academics. Tens of thousands face probe for critical remarks on Twitter. In the absence of free expression and thought in Turkey, why would any Turkish scientist bother abandoning their comfort zone in the West? Could anyone seriously blame them for being cautious and skeptical regarding political calls for a return to their home country?

Conditions in the country, so to speak, do not instill confidence in institutions and the government, but only breed discontent among free-minded people of academia. And it is the government who created this toxic climate of fear and dreadful environment with a sweeping purge after a riddling coup in 2016. More than 150,000 people lost their jobs without fair and independent investigation. The post-coup purge itself has become an abiding manifestation of lawlessness and arbitrariness. Academics and well-to-do people leave in droves in a quest to build new lives from scratch in different countries. The loss of human capital and the economic cost of the overseas transfer of billions of dollars can no longer be dismissed as a minor matter. Acutely aware of the worsening mass exodus of talent and capital, the president last year chided wealthy businessmen who moved their assets out of the country as “traitors.”

Much ink has been spilled over the increasingly slippery nature of truth in contemporary politics, the ascendancy of post-truth politics in the global world and the abiding struggle of restoring facts into their esteemed place in the social discourse and public domain. Whether it is China where authorities exhibit the most advanced techniques of Orwellian reshaping of the country’s archives or Russia where journalists are gunned down just yards away from Kremlin or Turkey where journalists have been imprisoned en masse, the truth is no longer taken for granted. Ankara’s perennial war on media, free expression and all institutions of the truth is a matter of public knowledge. That said, politicians take this ontological crisis of truth one level further every month with their baffling remarks.

Leyla Sahin Usta, deputy chairman of the ruling Justice and Development Party (AKP), went on to say that there is not a single human rights violation in Turkey. Castigating opponents for embroiling in an endless smear campaign against the government, the senior official said critics are unable to come up with one or two concrete examples of human rights violation or abuse. “Turkey,” she noted confidently at a visit to the western province of Afyon last week, “is even more advanced than many Western countries, including the U.S. and E.U., in terms of the human rights.” Her remarks left even most sober observers shocked to their marrow. Such a disconnect from reality is a potent marker of self-denialism in the face of everyday brutalities and basic rights abuses. Only yesterday, the authorities placed an 8-month pregnant woman in pre-trial detention in disregard of medical reports, dismissing the country’s own laws regulating when and how pregnant women would serve their prison sentence. Here, a woman who is only weeks away from the delivery appears as a victim of the government’s wrenching political persecution. Words and adjectives already lost their relevance in Turkey’s political context as persecution and crackdown have become bywords of the way how politics is conducted.

Against this backdrop, the question seems to be pertinent. Who would ponder homecoming? Why do Turkish scientists abroad consider heeding to Erdogan or other senior government leaders’ calls for a return to the country? Why would they do that? Can anyone come up with a cogent explanation or answer? Surely, no.

The country is in flux, the government is increasingly disconnected from the public and its opponents, and once confidence-inducing Erdogan appears impotent to effectively deal with a wobbly economy. Turkey seems to be unwittingly entangled in mission creep in Syria where nobody can exactly forecast when and how the military endeavor would come to a final and meaningful conclusion. Every undertaking begets a new operation as Ankara repeatedly sets out a new mission to crush the Syrian Kurdish militia.

The looming local elections in March do not portend any sense of hope for a political change. Whatever one thinks of enthusiasm steeped in the government’s repeated calls, all indications about and in the country only summon further caution and skepticism. Any casual observer would bear witness to a prevalent public mood of cynicism and stoicism in the face of a profusion of bad news. The Turkish diaspora of scientists probably takes note of that, especially after Serkan Golge’s imprisonment.

This article first appeared at https://medium.com/@abyasun.

Abdullah Ayasun is a Washington-based journalist focusing on politics, life and culture, Turkey, the U.S., the Middle East and beyond.